'It is not too late to come forward': $30,000 reward offered in bowling alley triple homicide 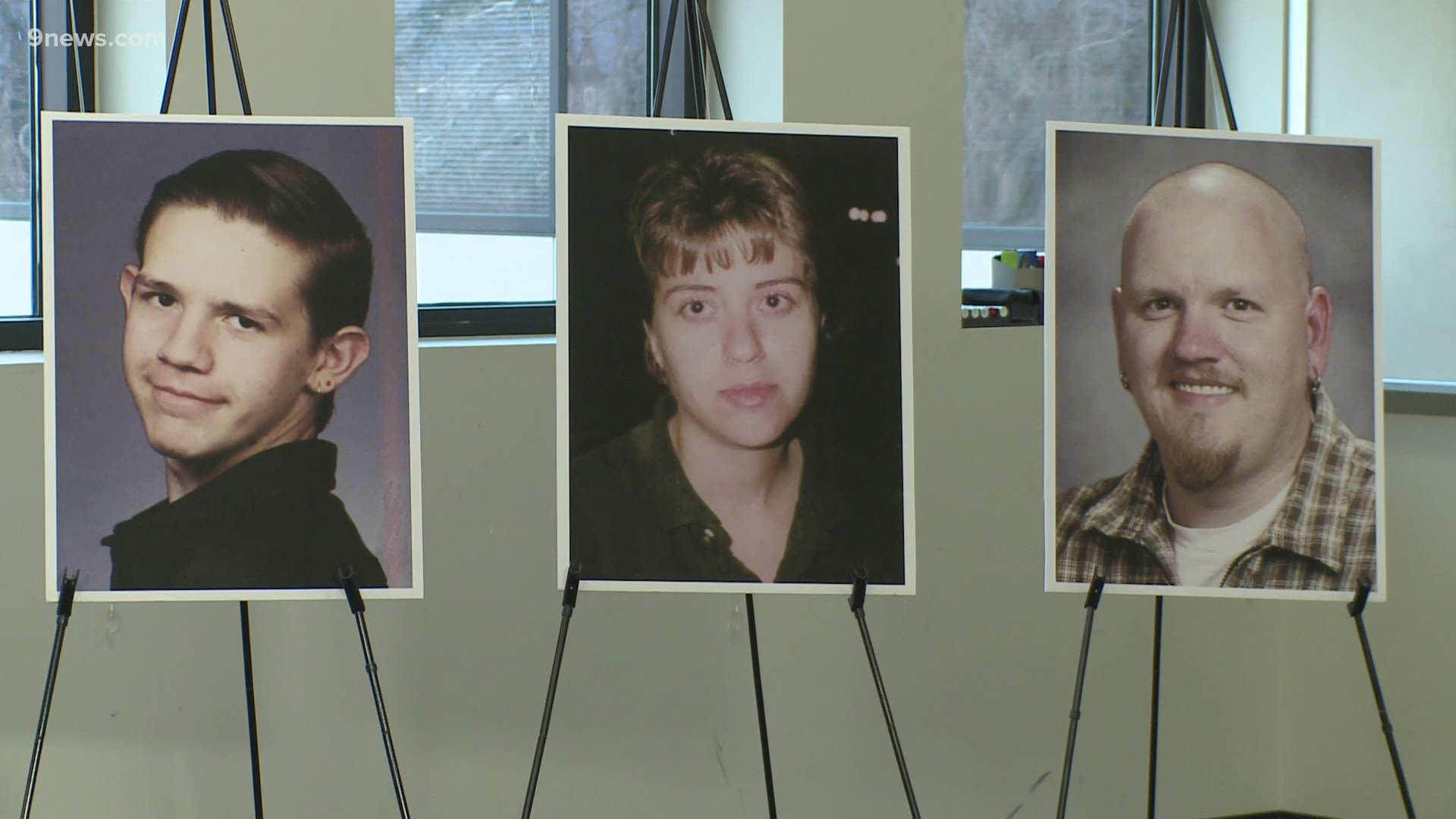 LITTLETON, Colo. — Using new technology, investigators from the Littleton Police Department (LPD) said Wednesday they're going over every piece of evidence from a triple murder from 2002 hoping to bring the killer or killers to justice.

"It is not too late to come forward," said LPD Chief Doug Stephens during a briefing where an increased reward of up to $30,000 was also announced. "This community, especially the families of James, Erin, and Robert deserves answers."

Bobby Zajac, 23, Erin Golla, 26, and 29-year-old James Springer were shot to death inside the AMF Broadway Bowling Alley located at 5485 S. Broadway in Littleton shortly before midnight on Jan. 27, 2002.

Golla and Springer were the last two closing employees and Zajac had been bowling and was going to get a ride home from Springer, LPD said.

After closing the alley, Golla called her a friend at 11:40 p.m. to come pick her up. Sometime after she made that call, the three victims came into contact with an unknown person or people and were shot to death during an apparent robbery.

Investigators said Wednesday around 11:50 p.m. that night, a middle-aged white man with a bald head was seen exiting the bowling alley wearing a knee-length trench coat. He got into a dark-colored, newer model pickup truck and left the area heading south.

Five minutes later at 11:55 p.m. the friend who had come to pick up Golla discovered their bodies inside.

"We know there is likely information that has not been shared," said Stephens, who noted they're also conducting new interviews. "We believe people with information surrounding this case remain in our community."

Stephens also said Wednesday that investigators determined the killings may be related to an attempted burglary at the same business one week earlier on Jan. 20, 2002.

"Investigators are retesting and reviewing evidence including items from the trash can in the men's room as well as other items on the property," Stephens said. "Technology not available to us at the time of the crime has allowed us to develop new investigative leads."

Police used a briefing Wednesday to promote public awareness about the case. Other speakers included:

Part of United Data Connect's work includes genetic genealogy which has been used in recent years to help solve cold cases by checking DNA found at crimes scene against samples in public databases. It has helped solved other decades-old killing including the murder of KHOW radio intern Helene Pruzynski.

"This is a horrendous case that has gone unsolved too long," said Morrissey.

The FBI is already following up some new leads that were gathered using genetic genealogy, according to Morrissey.

"We're going to continue this work until we find the individual or individuals responsible for these murders," he said.

A reward of up to $30,000 is available for information through Metro Denver Crime Stoppers.

"This is a crime that will be solved," said Mills. "Can you help? Will you help? Are you willing to break your silence and remain anonymous to help us solve this case?"