The incident at the Sandstone Ranch Overlook is believed to have happened overnight from June 30 into July 1. 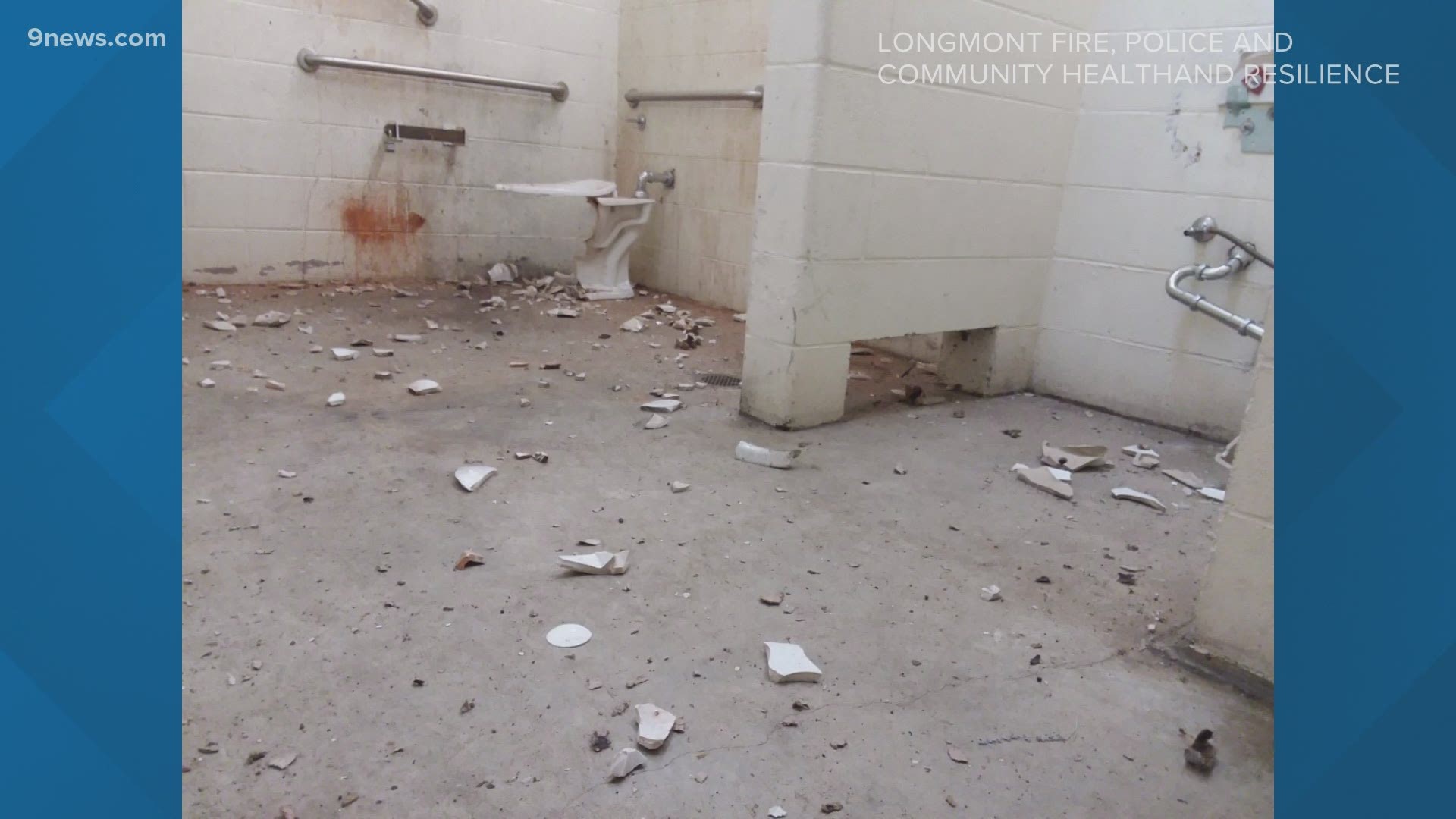 LONGMONT, Colo. — Longmont Public Safety is looking for suspects after receiving a report of “significant damage” to the bathroom in the parking lot of a popular park. Fireworks are now suspected.

A photo shared to Facebook by Longmont Fire, Police, Community Health and Resilience shows a toilet virtually in pieces in the bathroom at the upper east lot of Sandstone Ranch Overlook.

According to the Facebook post, fireworks are believed to have been placed in both the sink and the toilet sometime late at night on June 30 or in the early morning hours of July 1.

“Those involved may be unaware that using fireworks in this capacity is a federal offense,” the agency’s Facebook post reads. “This act was done at a great risk to their own life as well as any innocent bystanders that could have been in the area.

RELATED: There will only be two 4th of July fireworks shows in the Denver metro area this year

RELATED: Fourth of July fireworks can be traumatic for veterans with PTSD

“Few people understand the associated risks – devastating burns, other injuries, fires and even death for fireworks that leave the ground.”

Anyone with information about the identities of those involved in this incident is asked to call Longmont Police at 303-651.8501.

Sandstone Ranch is located at 2525 E. Ken Bratt Boulevard – near the intersection of CO 119 and East County Line Road.

So far this year, Longmont Public Safety estimates there has been $57,000 in vandalism to the city’s parks.

In recent weeks, calls regarding fireworks in many Colorado communities have increased significantly.