Edward Herbert Hoid, 36, was arrested early Friday on suspicion of menacing and theft in relation to break-ins at several businesses, police said. 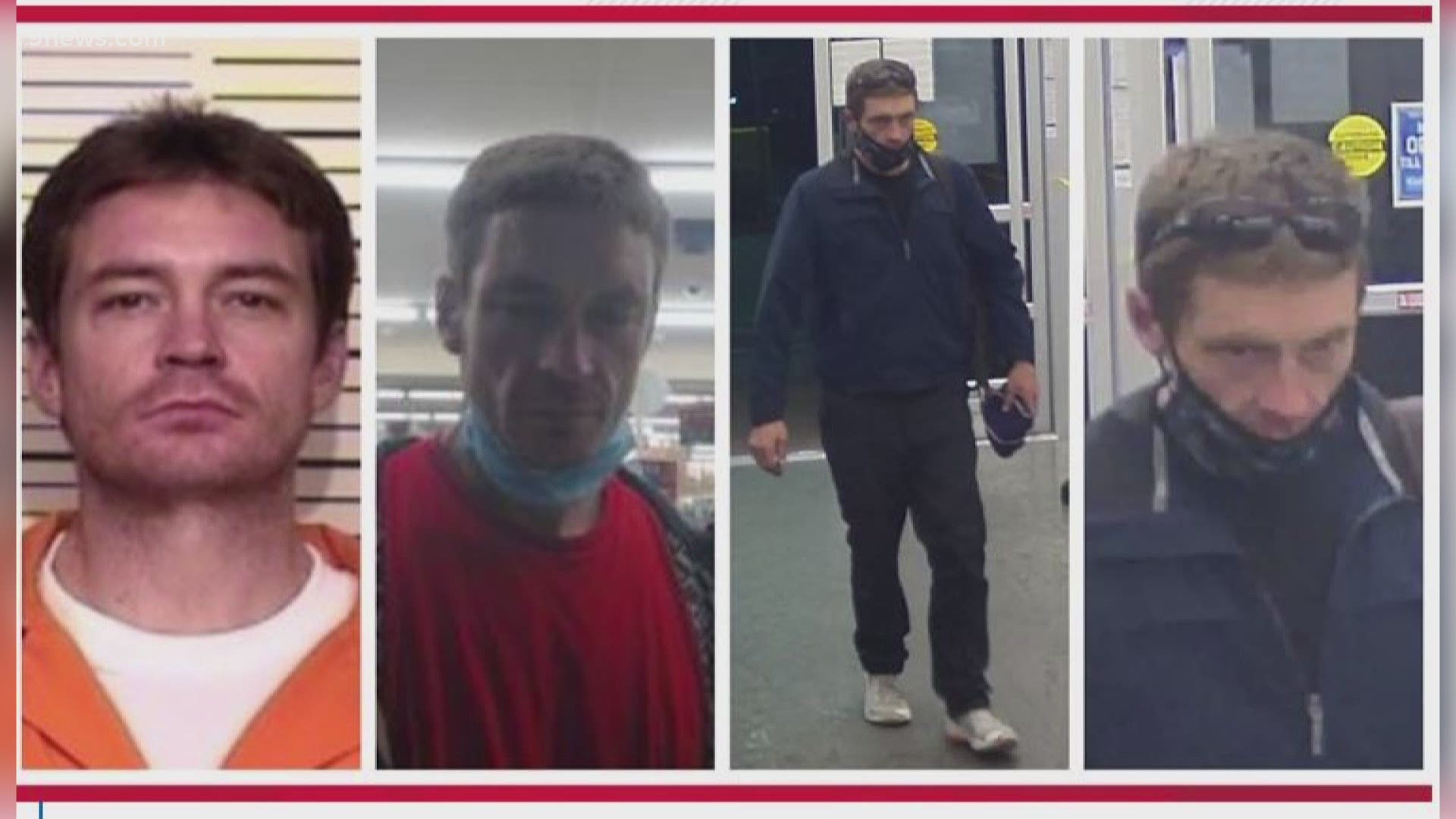 LONGMONT, Colo. — A man who might be connected to the death of a 71-year-old Longmont man this month was arrested early Friday after he threw rocks at businesses and threatened a security guard, according to Longmont Police Services (LPS).

Police said last week that they were looking for Edward Herbert Hoid, 36, who was wanted for parole violation and in connection to the death of Randall Schubert.

Schubert was found Nov. 5 behind Lowes at 355 Ken Pratt Blvd. and died 11 days after, according to police and the Boulder County Coroner's Office. Hoid hasn't been named a suspect in Schubert's death, the investigation into which is still active, LPS said.

LPS said last week that Hoid might be in Brady, Nebraska; however, Hoid was arrested early Friday in Longmont on suspicion of a series of crimes.

About 1 a.m., an LPS officer arrested Hoid at The Village at the Peaks, a shopping center located at 1250 S. Hover St.

Several businesses and vehicles in that area had been broken into, and a security guard spotted Hoid throwing rocks toward Sam's Club and T-Mobile, the affidavit says. The security guard approached Hoid and told him the shopping center was closed and he needed to leave, according to an affidavit.

Hoid then threatened the security guard, the affidavit says.

"You are lucky you are not the police. Do you want to get shot?" Hoid said to the guard while reaching into his pocket, the affidavit says. The guard saw a bulge in Hoid's pocket, according to the affidavit.

The security guard headed back to his office, and Hoid followed him and blocked the door so that the guard couldn't enter, according to the affidavit. Eventually, the guard got into his office and shut the door, and Hoid threw two chairs at the office window, the affidavit says.

The security guard called police. When the officer arrived on scene, Hoid initially ran, and then stopped and was taken into custody, the affidavit says.

A second affidavit says that just after midnight Friday, another officer found a mountain bicycle and a shopping cart filled with stolen items in the parking lot of a nearby Hobby Lobby at 800 S. Hover St.

An investigation showed that the items were stolen from two business vehicles parked at Victim Service Experts at 1929 Nelson Road.

When Hoid was arrested, he had more items on his person that the owner of Victim Service Experts identified as belonging to his company, police said. The stolen items were worth a total of about $3,100.

Hoid was arrested on suspicion of parole violation, menacing, criminal mischief and theft. He was being held in the Boulder County jail.