The crash happened Thursday morning at the intersection of East 9th Avenue and Pace Street in Longmont. 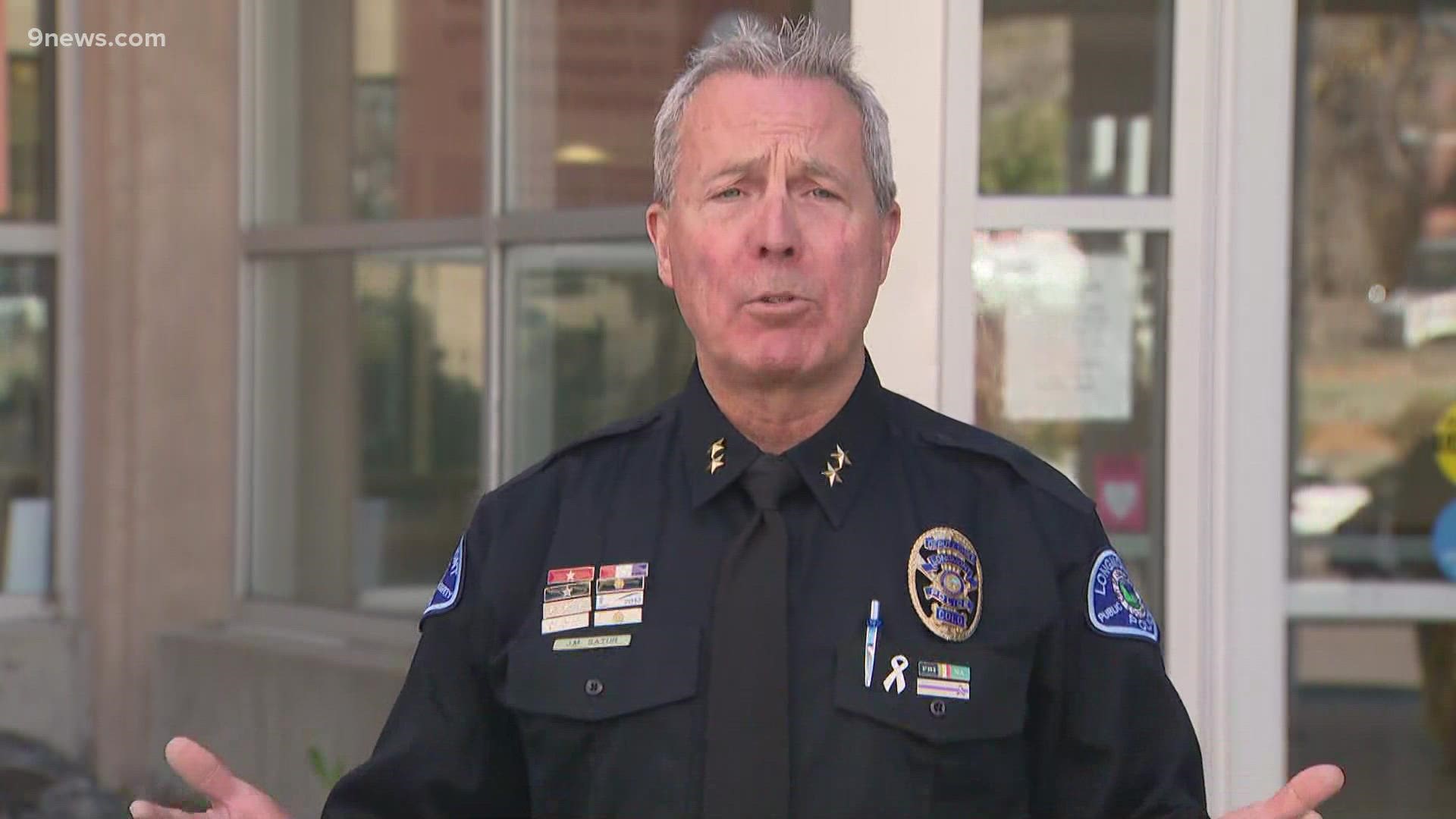 LONGMONT, Colo. — One person was killed and a rideshare driver and passenger were hospitalized after a suspect in a stolen vehicle crashed into them following a police chase in Longmont on Thursday, according to Longmont Police Services (LPS).

The crash happened at 10:48 a.m. at the intersection of East 9th Avenue and Pace Street on the east side of Longmont.

Just before the crash, an LPS officer in a marked car tried to pull over a driver a few blocks away near East 9th Avenue and Martin Street because the car was believed to be stolen, LPS said.

Credit: KUSA
A person was killed after a suspect fled a traffic stop in Longmont and crashed into another vehicle, according to Longmont Police.

However, police said, the driver took off during the traffic stop. Officers chased him briefly before stopping the pursuit for safety reasons. The crash happened after officers had stopped the chase, according to police.

When the suspect driver entered the intersection, his vehicle broadsided another vehicle, rolling the victim's vehicle and killing the 93-year-old driver.

Police said another vehicle was then hit, and the 62-year-old rideshare driver and 19-year-old passenger in the backseat were injured. They were both taken to the hospital.

The suspect, 37-year-old James Michael Kramer, survived the crash. He was arrested Friday after being released from the hospital. Kramer had a 36-year-old woman in the passenger seat, who was also taken to the hospital.

Police said all of the people involved in the crash were Longmont residents.

LPS said Kramer faces a first-degree murder charge. He also had 10 other warrants for his arrest, according to police.