Maggie Long, a senior in high school, was found dead inside her home on Dec. 1, 2017. No suspects have been identified. 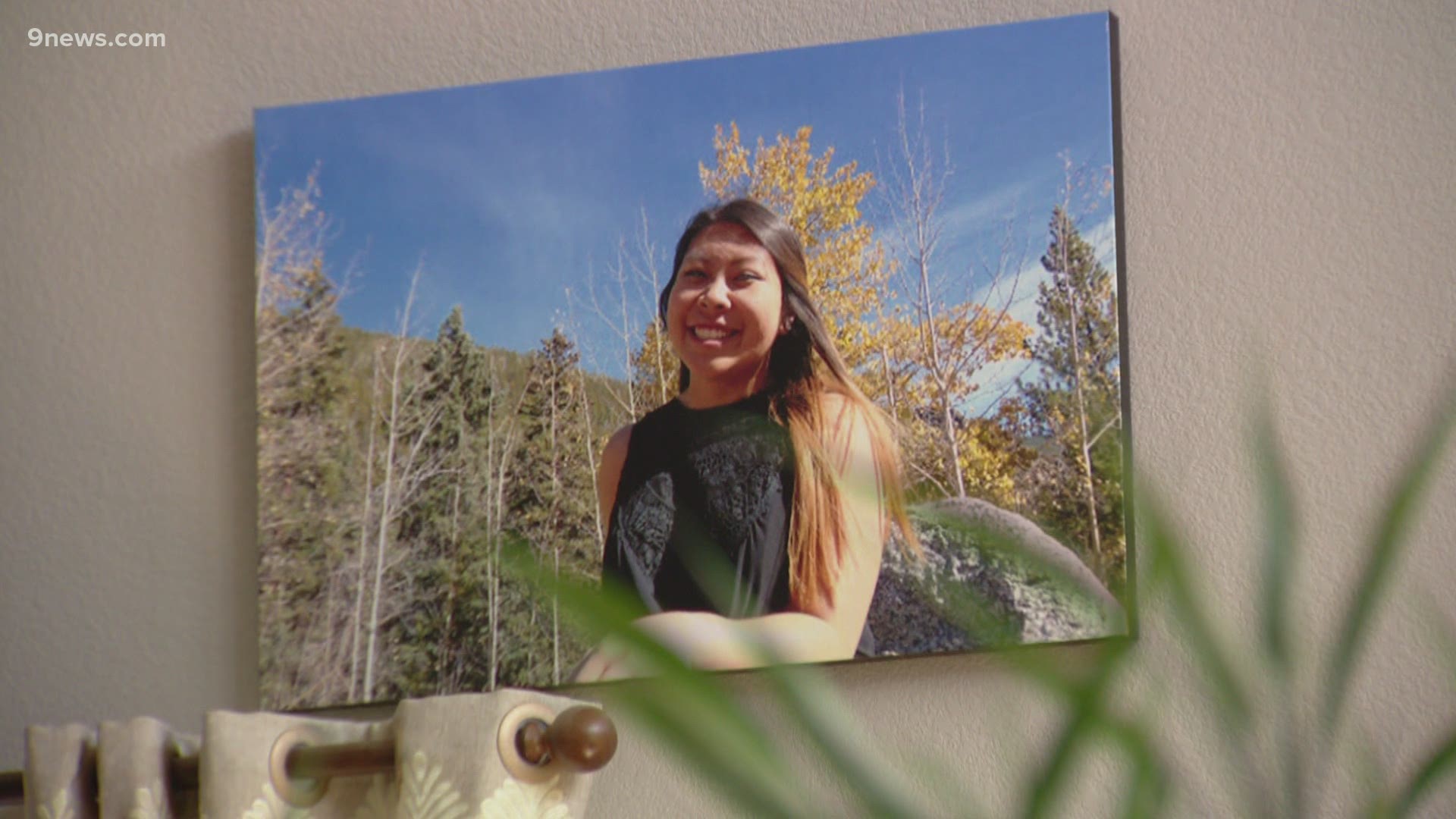 PARK COUNTY, Colo. — The 2017 murder of a 17-year-old killed in her Bailey home has been re-classified as a potential hate crime, which Park County Sheriff Tom McGraw said will allow more resources to be put on the case.

McGraw said he was not aware of specific evidence leading to the change in the investigation into who killed Maggie Long. There is a $75,000 reward for information that leads to an arrest in the case.

Long, a high school senior, left Platte Canyon High School on Dec. 1, 2017 with plans to return for an evening concert she was helping organize. She wanted to pick up water and cookies for the audience. Long stopped at her family's home off County Road 43 where at some point, she was attacked before the house was set on fire.

9NEWS asked the FBI for more information about the hate crime designation and received a statement that did not provide an answer about exactly why they're looking at the case as a potential hate crime.

"The FBI is investigating the murder of Maggie Long as a potential Hate Crime matter. A Hate Crime is a criminal offense against a person or property motivated in whole or in part by the offender's bias against a religion, disability, ethnicity/national origin, sexual orientation, gender, or gender identity," the FBI statement says in part.

Investigators said they believe at least three men, and possibly a fourth suspect, were involved in a break-in. They stole jade figurines, a green safe, a 9 mm pistol, an AK-47-style rifle and 2,000 rounds of ammunition, investigators said.

The men then set a fire that damaged the home along County Road 43 and burned Long alive, according to investigators.

Maggie Long's sisters, Connie and Lynna Long, were surprised at first to hear investigators discuss the potential of a hate crime.

"We just haven’t experienced that type of violence firsthand, but knowing what happened to Maggie and just the nature of the violence, it is something that should be taken into consideration," said Connie Long. "Her race, her gender, you know, all of those are contributing factors for why these perpetrators thought it was okay to do that to her.”

Lynna Long said the reclassification of the crime aligns with the facts of the case.

The sisters are hopeful the shift in focus will reveal new information to investigators. They also hope enough time has passed to convince someone who knows something to talk.

“Circumstances change and maybe now the people who may have known something in December 2017 are now in a place where they can, you know, speak to their truth," said Lynna Long.

The FBI said it continues to work on the case with the Park County Sheriff's Office and the Colorado Bureau of Investigation.

“The FBI is committed to combating hate crimes and condemns violence directed toward any individual or group. We are grateful for the community’s support of Maggie’s family and their patience with the ongoing investigation,” said Denver FBI Special Agent in Charge Michael Schneider.

Investigators urge anyone who has information about Maggie Long's murder to contact the FBI immediately.

Helpful information could include descriptions of individuals or vehicles seen in/around the vicinity of the property, individuals with demonstrated knowledge of what happened at the Long residence on the day of Maggie's murder, etc.

Witnesses can submit tips by calling 303-239-4243. No arrests have been made and no suspects have been named.

They can also remain anonymous by contacting the FBI at 1-800-CALL-FBI or online.