Sixteen of the suspects are in custody; five remain on the run, officials said. 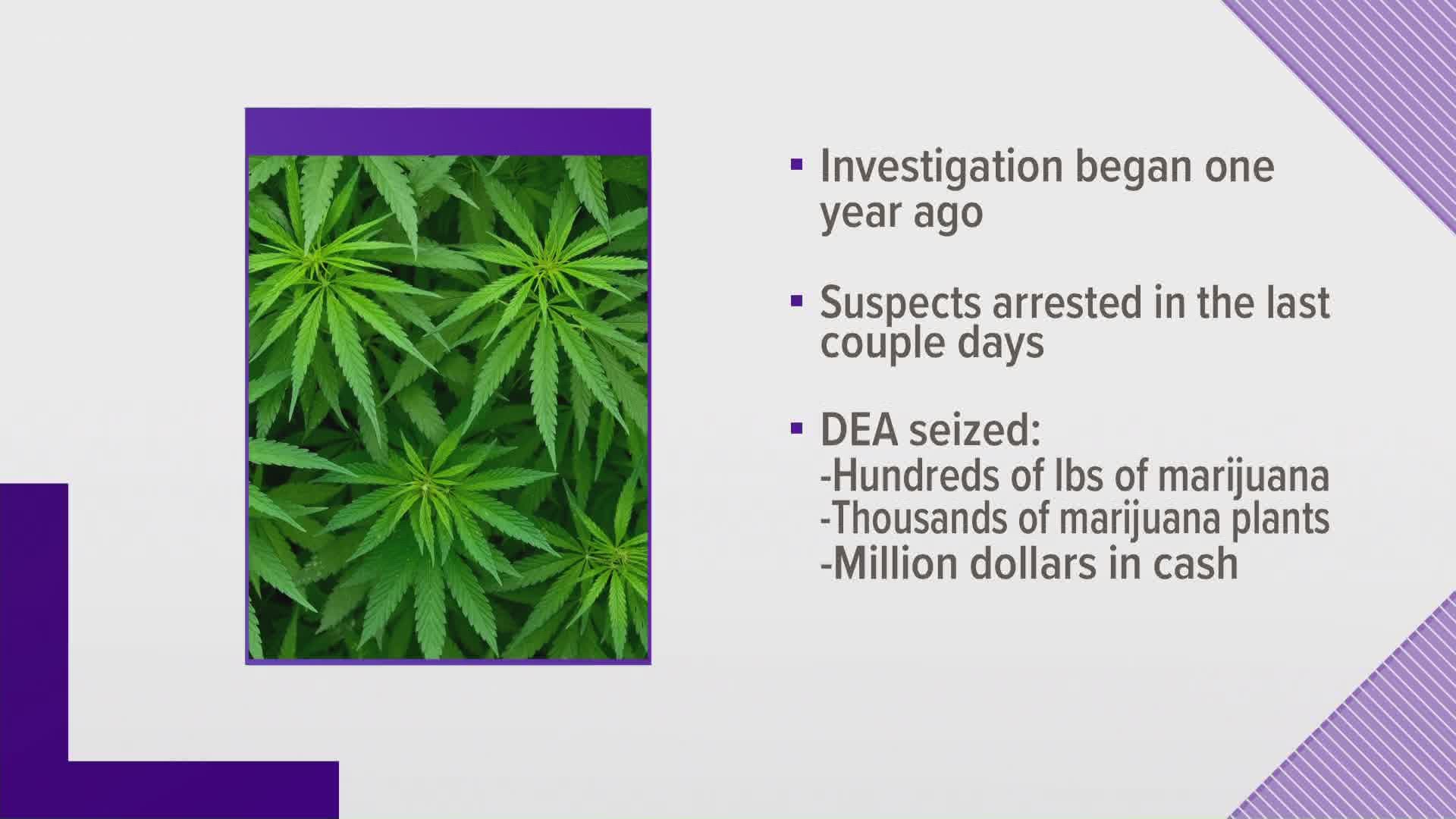 "My belief is that Colorado's experiment with legalizing recreational marijuana has made it easier for groups like this to flourish and use the imprimatur of legal marijuana operations in this state, to in many respects, hide in plain sight," Kellner said after being asked if legalized marijuana had impacted these types of cases. "And I recall very clearly when the discussion and the debate about legalizing marijuana in the state of Colorado was coming to a head, there were many people that said this was going to eradicate the black market and that is incredibly far from the truth. In many respects it has simply grown that black market as additional regulation and taxes have come on top of marijuana.