Detectives have reason to believe there may be additional victims in the case. 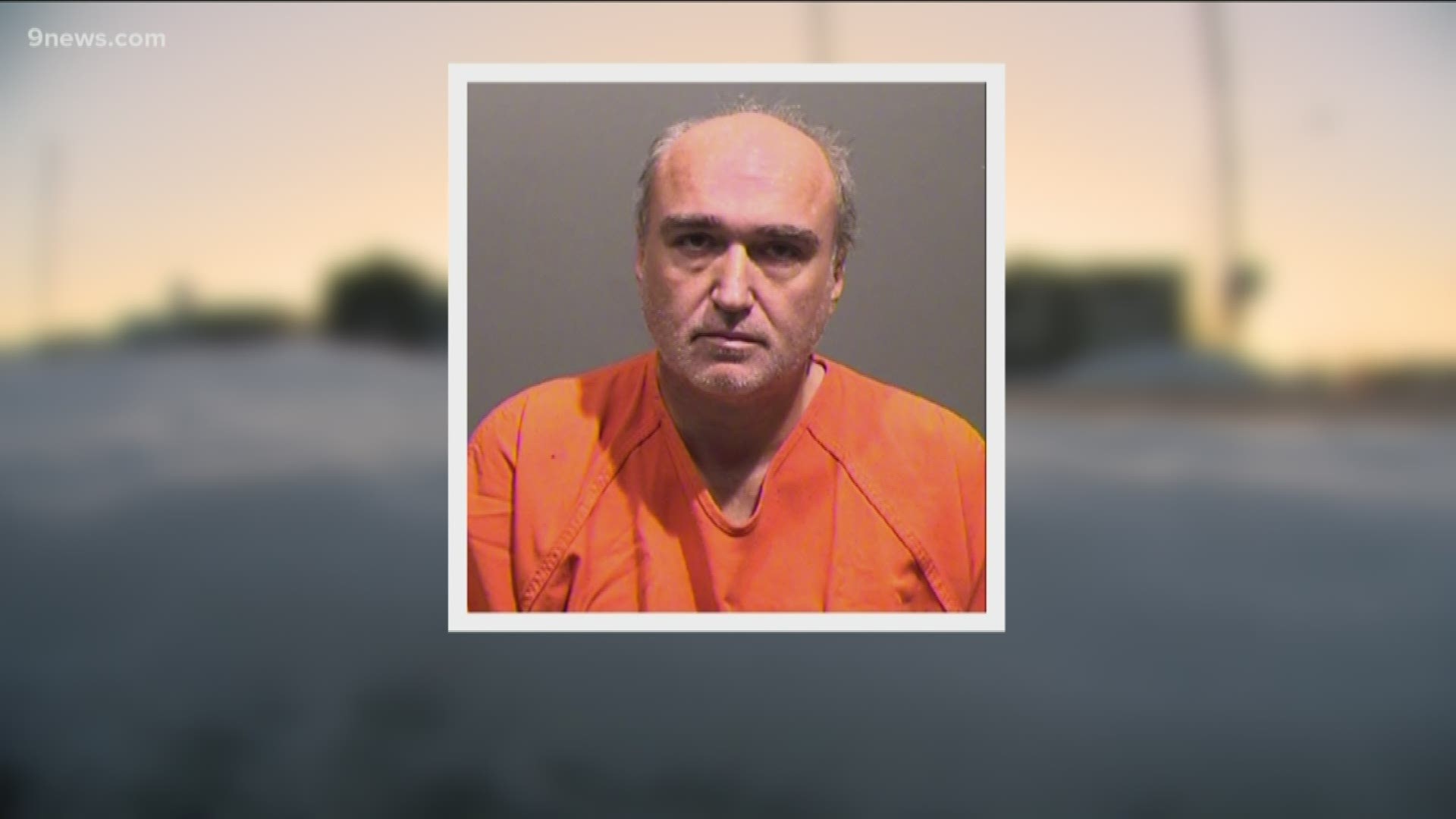 LAKEWOOD, Colo. — A 49-year-old man has been charged on multiple felony counts after being accused of luring women into his trailer and sexually assaulting them, according to the Jefferson and Gilpin Counties Office of the District Attorney.

Darrell Wall was charged with two counts of sexual assault and two counts of invasion of privacy - sexual gratification during a court appearance Monday.

On the afternoon of Nov. 29, an off-duty Lakewood Police agent was in Fort Collins when she recognized a van and trailer belonging to a suspected serial rapist in Lakewood, LPD said.

The agent called 911, and with assistance from the Fort Collins Police Department, Darrell Wall was arrested on several warrants, including sexual assault and false imprisonment, according to LPD. He was eventually transported to the Jefferson County Jail, where he's being held on the charges.

Wall is accused of luring transient and women experiencing homelessness into his trailer and then allegedly sexually assaulting them, LPD said.

LPD said detectives have reason to believe that there may be additional victims in the case. The agency released photos (below) of Wall's van and trailer.

Wall has been known to frequent areas near 8th Street and Quail Avenue, and along Colfax Avenue near Wadsworth Boulevard in Lakewood. LPD said Wall is also widely known to refer to himself as “John.”

An arrest affidavit for Wall states that on Oct. 31, agents responded to a report of sexual assault. The victim said she was assaulted by a man later identified as Wall and that she was raped and sexually assaulted multiple times in the trailer of a van while it was parked at a Lakewood Walmart. The victim said Wall tried to record the incident.

Agents found a vehicle matching what the victim had reported, performed a traffic stop where Wall denied any knowledge of a sexual assault and declined agents' requests to search his vehicle, the affidavit says. A search warrant was issued and Wall was taken to the LPD station for questioning.

The affidavit says Wall told agents he recalled a woman asked him for a cigarette while he was parked at Walmart. He didn't have any but invited her inside his trailer to stay warm, the affidavit says. He said she had a shot of vodka and went to sleep, and he said he made it clear if the woman wanted to go to bed, she'd have to sleep next to him, according to the affidavit.

Wall told agents he did have consensual sex with the woman and said he had a video of the encounter. He said the woman complained a little saying "that hurts, that hurts" but continued, according to the affidavit.

Wall declined access to his phone as well as a DNA sample, the affidavit states. His phone was seized pending a search warrant and he was released pending criminal charges.

On Nov. 3, another woman contacted authorities and said she was sexually assaulted by a man later identified as Wall, the affidavit says, which led agents to other cases involving sexual assault from a man known as "John."

"Due to the pattern of transient victims, detectives assigned to these cases are unable to locate them for formal interviews. These incidents were documented ... " the affidavit says.

Eventually, one victim was located in a Jefferson County jail. She said a man named "John" lured her into his trailer parked at a Walmart. She said she had consensual sex with the man and he recorded it.

The investigation uncovered several more victims with similar stories, the affidavit says, and video files on Wall's SD card contained several videos of Wall with women, including other potential victims.

The affidavit says, "Wall has been found to have been a suspect in numerous kidnappings, sexual assaults and strangulation incidents in 2018 and 2019."

The affidavit lists nine victims with names redacted and says, "All of the allegations of all the above victims share a similar pattern and demographic of a marginalized homeless female population. At the present time, none of these criminal cases have come forward with criminal charges due to similar circumstances of homeless victims struggling with alcohol or substance abuse not being able to be located for additional information. It is clear that based on the reports read by this detective, suspect Darrell Wall is targeting a specific population."

The affidavit says Wall has the potential to be a serial rapist with a pattern of confronting homeless women and luring them to his trailer in hopes they will stay warm inside and not freeze outside.

A warrant was issued for Wall for two counts of sexual assault, two counts of invasion of privacy for sexual gratification and one count of false imprisonment-with force over 12 hours.

John Romero a spokesperson for LPD said just because Wall’s already been arrested does not mean that this case ends.

"This is a very active and open case and that’s why we want to get this information out to the public to see if there are any more alleged victims in this case," he said.

Wall has an extensive felony criminal history in Indiana, Utah, Florida and Georgia, the affidavit says.

Anyone with information about other possible assaults is asked to contact Det. Paisley at 303-987-7025.