The deputy was at Mark Hamilton's home to serve him with a protection order when the incident occurred, according to the Weld County Sheriff's Office. 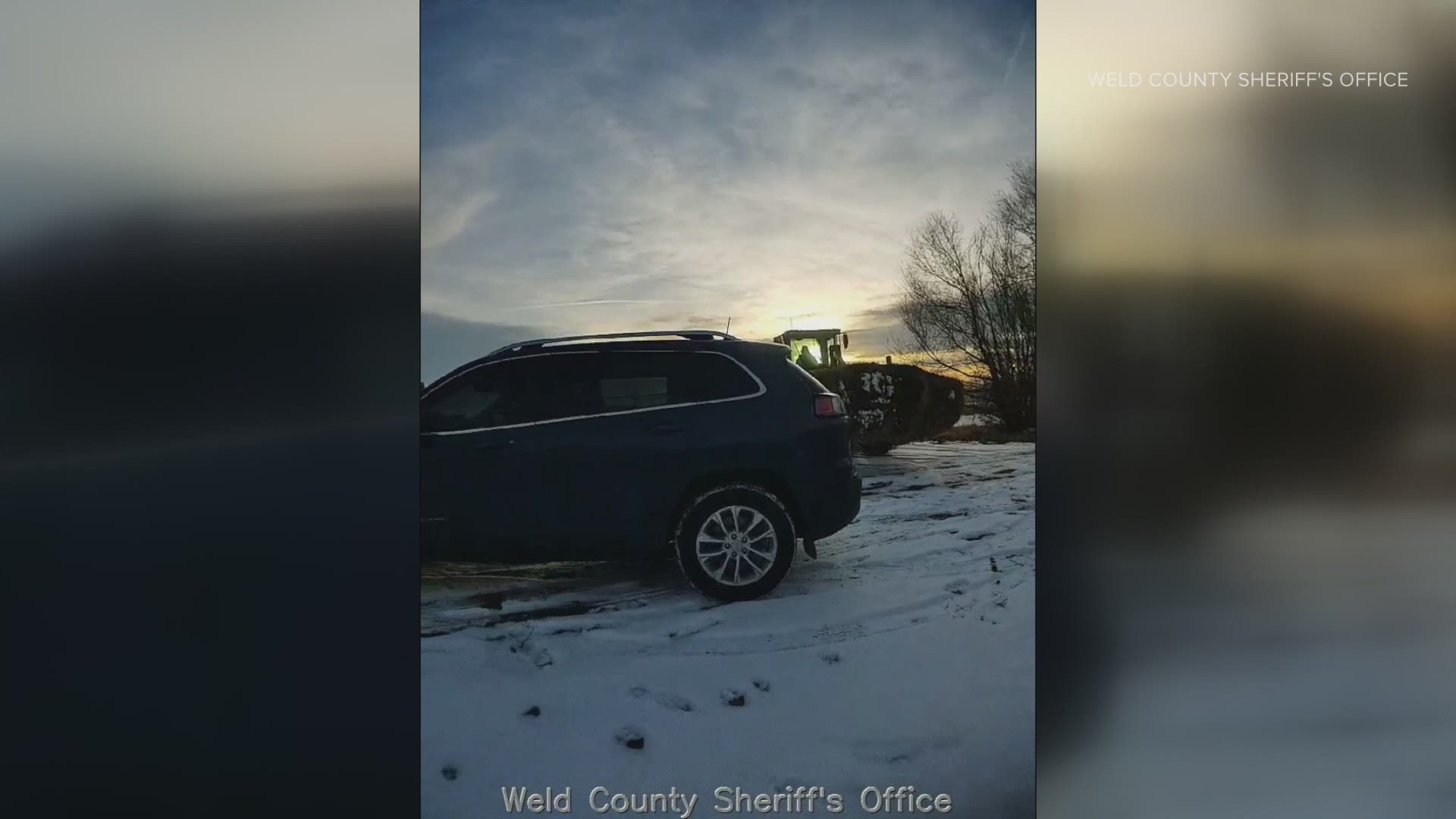 WELD COUNTY, Colo. — A Weld County man has been arrested and faces charges after he rammed a deputy's car with a front loader as the deputy attempted to serve him with a protection order, the Weld County Sheriff's Office (WCSO) said.

Mark Hamilton, 61, was arrested Tuesday after a five-hour standoff with law enforcement, according to WCSO. He was booked into the Weld County Jail on suspicion of one count each of attempted second-degree assault and attempted vehicular assault, both felonies. He also faces misdemeanor charges of obstructing government operations and resisting arrest.

Around 4 p.m. on Tuesday, a deputy assigned to the Civil Unit traveled to Hamilton’s home in the 25400 block of Weld County Road 49 and attempted to serve him with a protection order, WCSO said.

Hamilton's home is in unincorporated Weld County about six miles east of Evans. A neighbor had petitioned the courts for the protection order over an unknown dispute, the Sheriff's Office said.

When the deputy arrived at the home to serve that order, Hamilton refused to speak with him and argued that the Sheriff’s Office didn’t have jurisdiction.

The deputy remained on the property for several minutes, knocking on the front door and some windows to try to get Hamilton to speak with him, the WCSO said.

Suddenly, according to the agency, Hamilton appeared in the driveway behind the controls of a front loader carrying a large bale of hay.

Hamilton pulled in behind the deputy’s vehicle, rammed it and attempted to push it off the property, WCSO said. The deputy wasn’t in the vehicle at the time.

After pushing the deputy’s vehicle several yards down the driveway, Hamilton turned the front loader toward the deputy and chased him, WCSO said.

At one point, Hamilton exited the cab and the deputy gave him commands to get on the ground, according to WSCO, and when Hamilton failed to comply, the deputy deployed a Taser. It was unsuccessful.

Hamilton went back into his house and barricaded himself inside, beginning what would ultimately be a five-hour standoff with law enforcement, the Sheriff's Office said.

Patrol deputies who responded to the scene spent several hours trying to establish contact with Hamilton by cellphone, text and over a loudspeaker.

The Weld County Regional SWAT Team was activated and arrived at Hamilton's home just before 8 p.m. Hamilton was eventually taken into custody without further incident at 9:06 p.m. after the SWAT team deployed five rounds of tear gas.

No injuries were reported.