Terry Dunford has been formally charged with first-degree murder. 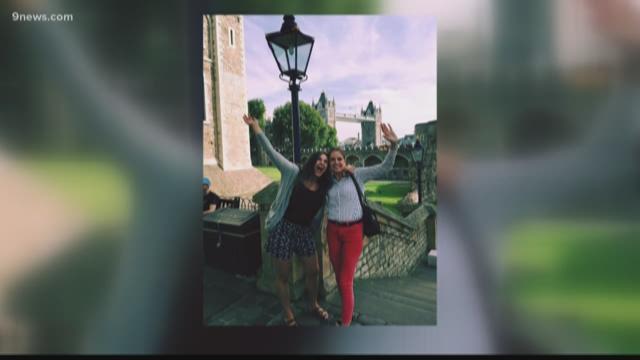 The Denver District Attorney has formally charged the homeless man who is accused of stabbing a mother of four to death inside of her downtown loft.

The body of 49-year-old Jeanna Leslie was found in the bathroom of her loft on 15th and Stout streets on Valentine’s Day.

Officers had gone to her home to check on her after her ex-husband called police and said she failed to pick up their children and bring them to a Denver Nuggets game the night before.

The DA’s Office says clothes belonging to Dunford were found in Leslie’s apartment, along with various IDs.

Prosecutors also say Dunford was seen on surveillance video at a liquor store with Leslie the last time her cell phone was used.

It’s not clear when or how Leslie met Dunford from the arrest affidavit released by the Denver Police Department over the weekend.

Credit: Courtesy Leslie Family
Jeanna Leslie was a devoted mother who was found dead inside her lower downtown Denver apartment on Valentine's Day 2018.

Dunford’s family told 9NEWS he has lived with a mental illness for a long time, and is bipolar and has abused substances in the past.

9NEWS also found that, at one point, Dunford worked for a faith-based Christian Educational training program to cure alcoholism. The program was based in Hawaii. On its website, Dunford is listed as a certified facilitator for addiction and anger management, as well as domestic violence.

On his online resume, Dunford says he attended college and served in the U.S. Navy. He listed web engineer and programming as his skills.

Dunford is currently being held in the Denver City Jail without bond.

Family: Man accused of killing mother of 4 had been mentally ill for decades