The man was wearing a ski mask when officers contacted him and was later given medication to calm down his "agitated mental state," according to APD. 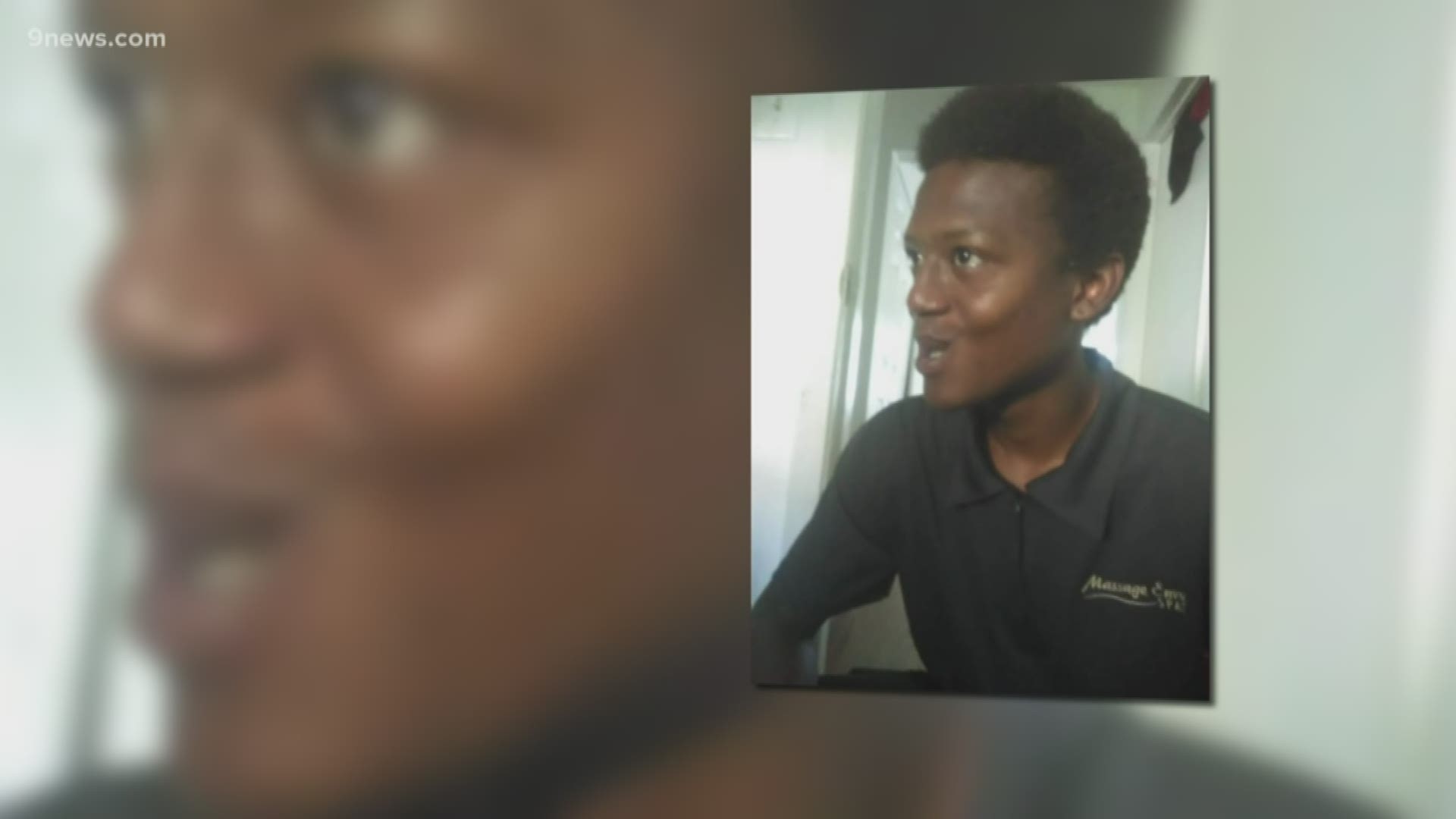 AURORA, Colo. — A man wearing a ski mask who struggled with Aurora police while being taken into custody went into cardiac arrest after rescue workers administered medication to calm him down Saturday, according to a release from the Aurora Police Department (APD).

The man, who has been identified by family as Elijah McClain, 24, regained a pulse after Aurora Fire Rescue (AFR) and Falck Ambulance staff — who also responded to the incident — administered lifesaving measures, APD said.

Aurora officers responded to a call Saturday at 10:32 p.m. near Billings Street and East Colfax Avenue of a "suspicious person" who was wearing a ski mask and waving his arms at the caller, APD said in its release.

"I know my cousin, personally," McClain's cousin Rashiaa Veal said. "He doesn't like drama. He's not an aggressor. He gives the most respect to anybody. You can be arguing with Elijah and he'll just walk away. He wouldn't even revisit the conversation. He's nothing but positive."

"Due to the level of physical force applied while restraining the subject and his agitated mental state," officers then requested AFR and Falck Ambulance staff respond, the release states.

AFR administered a standard medication "routinely utilized to reduce agitation," the release said. McClain suffered cardiac arrest, lifesaving measures were initiated and he regained a pulse and was then treated at a local hospital, according to the release.

McClain's family said he's now on life support with bruises across his body.

"I know that Elijah is in critical condition," Veal said. "He is brain dead."

The family is now demanding to know what really happened.

APD's Major Crimes/Homicide unit and members of the Denver Police Department were called in to investigate "due to the critical nature" of the incident.

The 17th Judicial District Attorney's Office will review the investigation once it's completed.