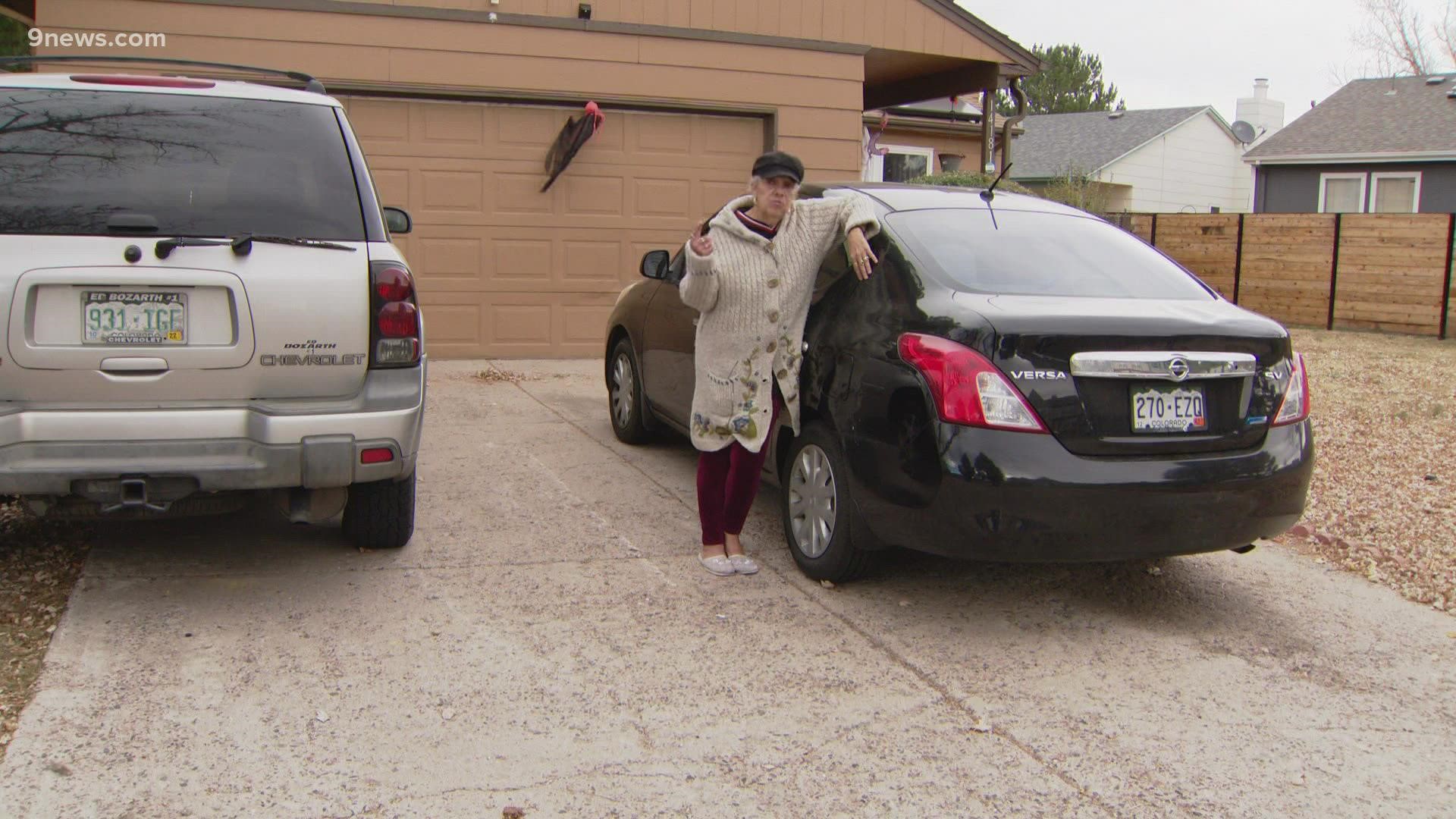 AURORA, Colo. — In just under an hour, a man is accused of committing a crime spree throughout Aurora and northeast Denver that left one person dead, involved at least eight carjackings and two home invasions, according to a spokesperson for the Aurora Police Department ( APD).

The suspect, identified as 32-year-old Andrew Jacobs, was finally arrested when he crashed around 4:30 p.m. in the area of 56th Avenue and E-470 in Aurora.

APD said his alleged crimes started roughly an hour earlier with an armed robbery around 3:20 p.m. in the 14000 block of E. Idaho Drive. At the location, police said, Jacobs stole a woman's purse at gunpoint and demanded her keys. She refused to give up her keys, APD said and gunshots were fired but no one was hurt.

Roughly 10 minutes later at about 3:29 p.m., police said, Jacobs approached a man as he parked his car at the Florida Station Apartments in the 14000 block of East Iowa Drive, APD said. Jacobs broke the driver's side window of the man's car and then shot him and stole his 2008 black Dodge Dakota, according to police. The purse taken from the incident on Iowa Street was recovered at this location, APD said.

The victim was taken to the hospital and later died from his injuries. He has not been identified.

His stolen Dodge Dakota was later found abandoned in the 1300 block of South Memphis Street.

Our crew spoke to one neighbor who lives just across the street from where this incident took place. She said violence has increased over the last several years.

“I did see the police and everything. And they were all around checking on the guy that they found in the car dead," Minvera Milanes said.

Jacobs entered a home in the 1200 block of South Memphis Street and confronted the homeowner, APD said. The homeowner was pistol-whipped before the suspect left, according to police.

Jacobs entered a home in the 1200 block of S. Lewiston Street and forced the victim to hand over her keys, APD said. He left in the victim's 2014 white Acura RDX, which was later found abandoned in the 15500 block of E. Center Avenue, according to police.

Jacobs attempted to carjack a victim in the 3750 block of Chambers Road but was unsuccessful, according to APD.

Jacobs parked the stolen Hyundai Santa Fe in the garage of a residence in the 5570 block of Jasper Street, according to police.

Jacobs crashed the stolen F450 and stole another victim’s Nissan Murano at gunpoint in the area of 56th Avenue and Pena Boulevard, according to APD.

Jacobs crashed the stolen Nissan Murano into several vehicles and suffered serious injuries, APD said. He was taken into custody by Denver Police.

His criminal history dates back to 2007 for a series of crimes, including trespassing, vehicle theft, drugs, and robbery.

“I think there should be more protection like you know why not pass by once in a blue moon, the cops, you know what I mean," Milanes said. "I wish they monitor us a little bit more. Keep us safe. Like myself, I got 13 grandkids."

But she said regardless of how bad it gets the violence won't run her from a place she's lived for nearly a decade.

RELATED: Arrest made in homicide in northeast Denver

RELATED: Gang member sentenced to 23 years for shooting man who was walking his dogs