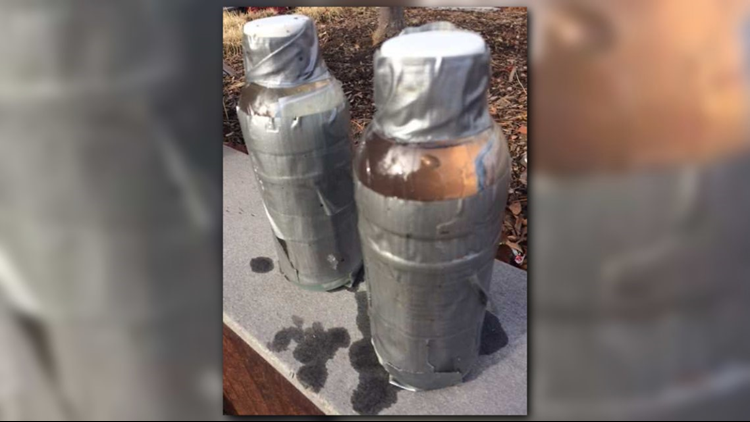 Membreno was arrested in March after Basalt police observed him placing the bottles into the river. Authorities were alerted after dozens of duct-taped bottles began turning up late last year.

Prosecutor Don Nottingham says authorities do not believe the chemicals were linked to any kind of drug operation.

Basalt police say the substances included common household chemicals like bleach, rubbing alcohol and titanium oxide, which is an active ingredient in sunscreen.

Nottingham says the case was strange but "our worst fears were not confirmed by any means."

Membreno's sentencing is scheduled for July.