The victim was taken to the hospital for treatment of a gunshot wound after a shooting near East Colfax Avenue and Grant Street in downtown Denver. 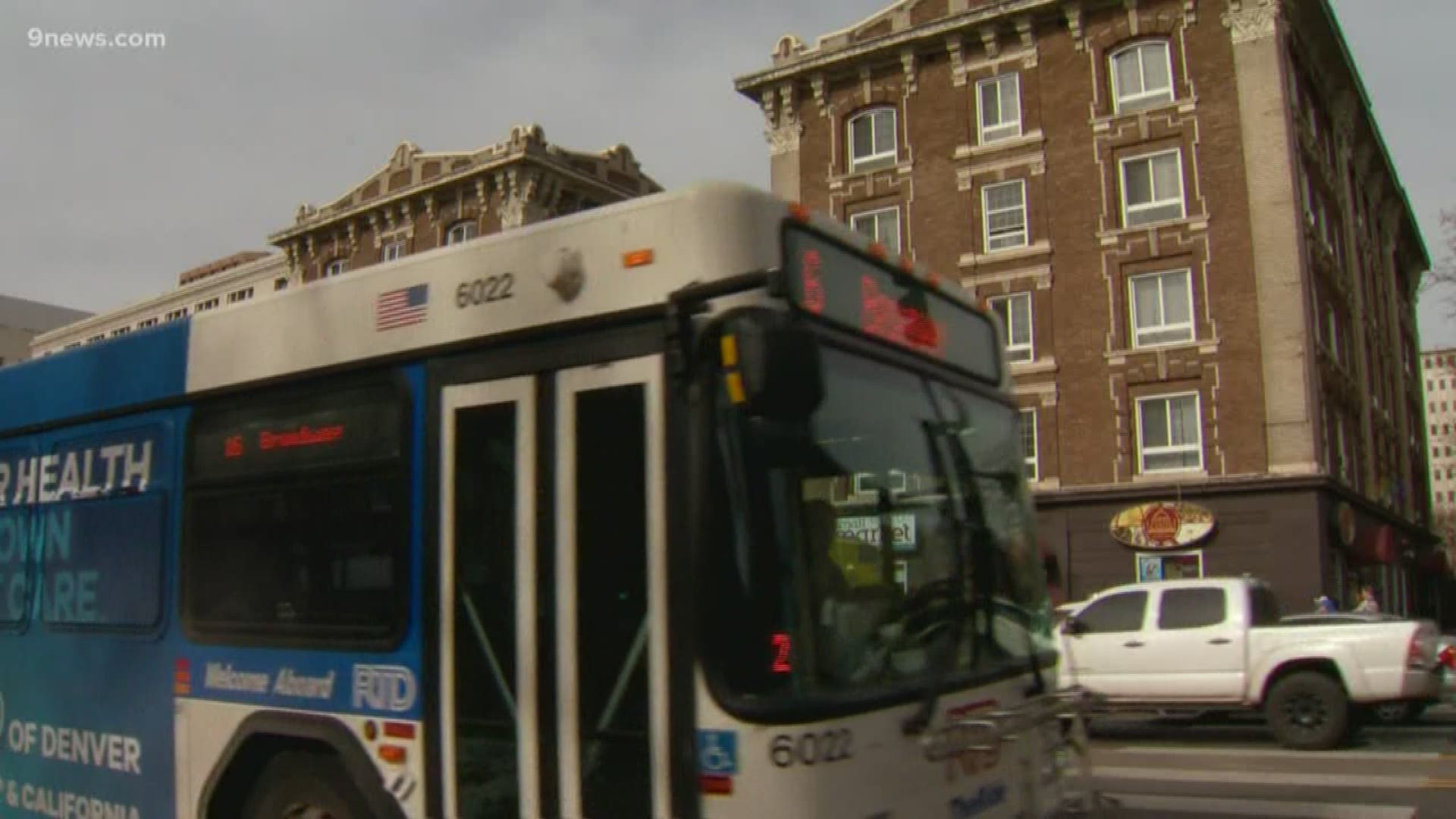 DENVER — A man was shot and wounded near the Colorado State Capitol building in downtown Denver at about noon on Friday, according to a tweet from the Denver Police Department (DPD).

The incident began as an argument between a group of people on a bus that was headed westbound on E. Colfax Ave., a spokesperson for DPD said.

They got off the bus in the area of East Colfax Avenue and Grant Street and that's where shots were fired, DPD spokesperson Jay Casillas said.

A man who just happened to be in the area was shot and wounded. He was taken to the hospital for treatment of a gunshot wound but is expected to be OK. No one else was hurt.

Casillas said two men who are believed to be involved in the shooting ran from the area.

On Monday, police released a surveillance photo of a man who they said is a suspect in the shooting.

Credit: Denver police
Denver police are looking for the man pictured above, who has been identified as the suspect in the shooting.

Anyone with information on who that person may be is asked to call police or Metro Denver Crimestoppers at 720-913-STOP. Tipsters may be eligible for a reward up to $2,000.