The GBI is still investigating. 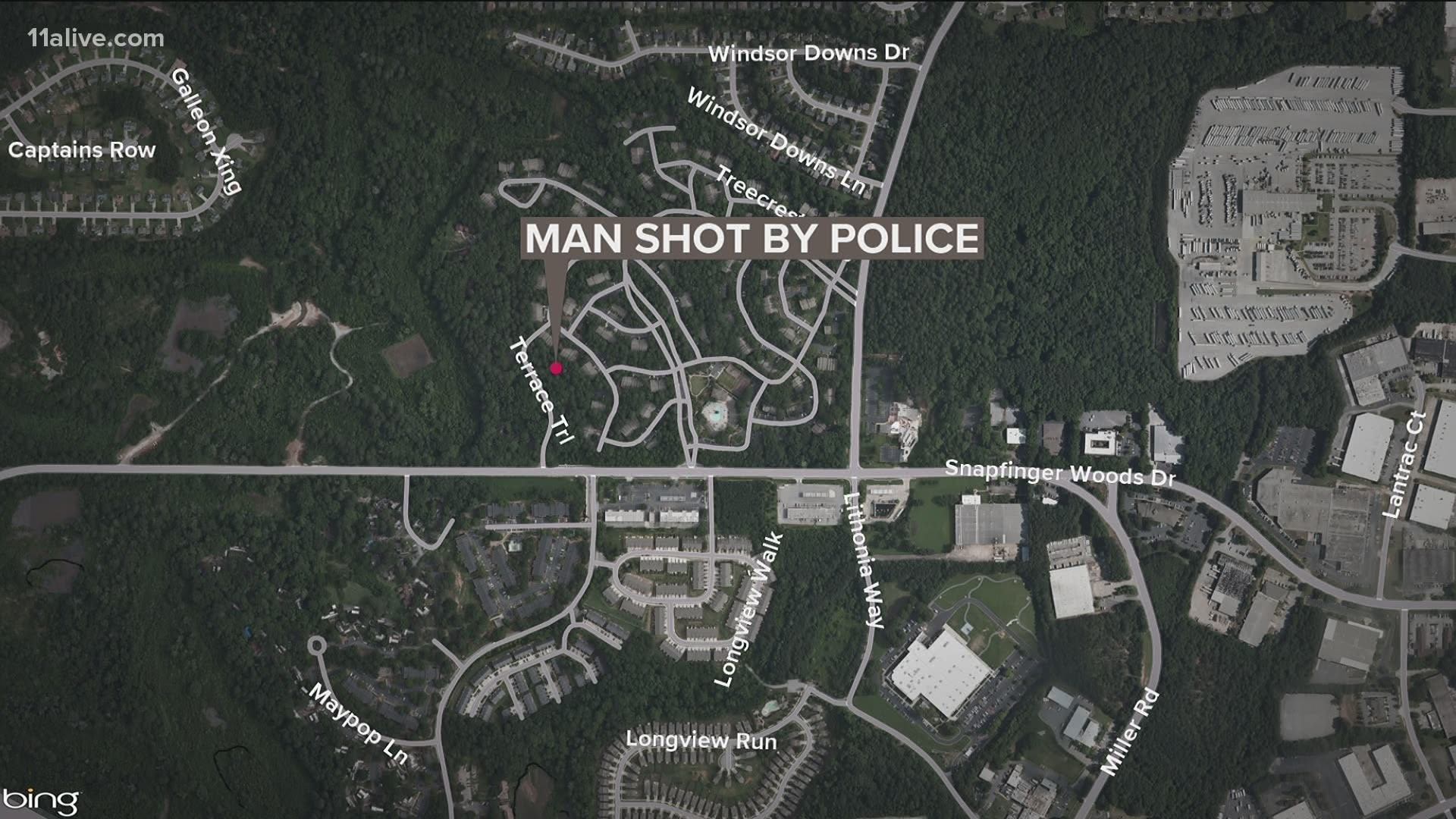 DEKALB COUNTY, Ga. — A man was shot and killed by police officers after several attempts were made to make contact with a man armed with a knife, authorities confirmed.

According to the Georgia Bureau of Investigation, it started at 4 p.m. on Monday when police first got a call about a man wielding a knife on the 2500 block of Terrace Trail at the Terraces Apartments.

Once officers made contact with the man, police say he lunged at officers "causing one of them to to discharge their firearm," DeKalb Police said in a statement.

Police were not certain if the shot hit the suspect as he ran into a vacant home. The GBI also said it was unclear if the 35-yearold man was struck by gunfire at this time.

More attempts were made to make contact with the man, they said.

An officer also attempted to tase the man, which was ineffective, followed by at least one officer firing his weapon, the GBI said.

One officer sustained a minor injury and was treated onsite by EMS.

The GBI is still investigating.

At the request of @DeKalbCountyPD, we are investigating an OIS from overnight. One man is dead. No officers were injured.

Our public affairs office will issue a statement on the incident today. pic.twitter.com/BnvGcZ15nA