Man's body found encased in concrete in his own home, daughter arrested

The man's daughter was taken into custody and is charged with first-degree murder after deliberation and tampering with a deceased human's body. 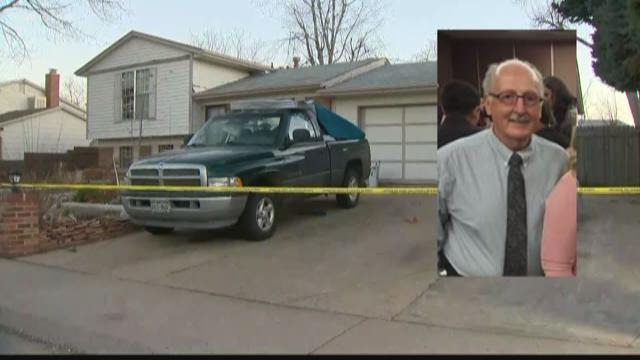 On Dec. 7, William Mussack’s son got one of the last text messages he would ever receive from his father, who was disturbed by what happened after he received a back rub from his daughter in the home they shared.

“William described the feeling of being drugged and falling asleep in a recliner chair for 15 hours,” a portion of an arrest affidavit from Federal Heights Police reads. “He recalled taking a bite from a hamburger, and the hamburger was still on an end table with one bite taken out of it when he awoke.”

On Jan. 10, Mussack’s body was found encased in concrete in a crawlspace in his home. His daughter, 45-year-old Dayna Jennings, was taken into custody that same day.

She’s since been charged with first-degree murder after deliberation and tampering with a deceased human’s body, according to a news release from the 17th Judicial Attorney’s Office.

Documents made public Tuesday afternoon by the Federal Heights Police Department detail the investigation into the disappearance of Mussack and how Jennings was linked to the 69-year-old’s death through a series of inconsistencies, cell phone records and dumpsters spotted outside their home.

According to the eight-page affidavit, Mussack’s friends and family stopped hearing from him on Dec. 9.

His brother reported him missing on Dec. 28 and said he wasn’t responding to any of his phone calls, the affidavit says.

Federal Heights Police say an officer went to Mussack’s home at 10022 Eliot Circle that night to check on him.

Jennings opened the door, according to the affidavit, and told police at the time that her father “doesn’t live here” and had lost his phone.

She told police she would contact her uncle and let him know what was going on, the affidavit says.

Mussack’s brother called police the next day and said he was still concerned he hadn’t heard from his brother in weeks. Mussack’s son told police the same thing.

RELATED: Daughter arrested for murder in death of her father, found in Fed. Heights home

According to the affidavit, Federal Heights Police came back to Mussack’s home on Dec. 29. Jennings once again answered the door, and told them that her father had gone to the mountains with his girlfriend and didn’t bring his phone, the affidavit says.

Jennings let police come inside, according to the affidavit, and showed them the basement – which she said was where he father slept.

Police found “a bed covered in women’s clothing. It appeared the room hadn’t been used for several weeks,” the affidavit says.

Jennings told police that the toilet overflowed, and police later said “the odor in the home was bad, smelling like sewage and something rotting,” according to the affidavit.

During interviews with police, Mussack’s family, friends and girlfriend said it was very out of character for him to disappear and not respond to messages.

His girlfriend told police that he had agreed to go to a party with her on Dec. 9 but never showed up. His friend said he had agreed to cut firewood and watch the Denver Broncos with him on Dec. 10, but that Mussack stopped responding.

Jennings, according to the affidavit, said it was normal for him to disappear.

In a text to her brother, the affidavit says Jennings was complaining that her father was being abusive to her and couldn’t afford to make the house payment.

It was an assertion that, according to the affidavit, was out of character for Mussack, his friends and family told police.

Meanwhile, on Jan. 5, the affidavit says Jennings sent a friend of Mussack’s a text saying that her father “is in Arizona enjoying the sun.”

Earlier, friends and family of Mussack had noticed that Jennings had rented two dumpsters and appeared to be removing flooring and carpeting, the affidavit says.

During an interview with investigators, Jennings’ ex-husband said her life was in a “downward spiral,” and that her massage business had abruptly closed in November 2017.

That same month, according to the affidavit, her newest husband moved away.

Jennings’ ex-husband told investigators she was “impulsive and irrational at times” and was known to have “patterns of intense and unstable relationship with family, friends and loved ones.”

Jennings wasn’t known to do home improvement projects, the affidavit says, but did admit during an interview with investigators to pouring concrete in the crawlspace where her father’s body was found.

Federal Heights Police obtained a search warrant for Mussack’s home on Jan. 10. While investigators told her they were breaking up concrete in the crawlspace of the home, the affidavit says Jennings requested a lawyer and stopped talking to them.

She was arrested a short time later and remains in custody.

She is slated to appear in court again on Feb. 15.