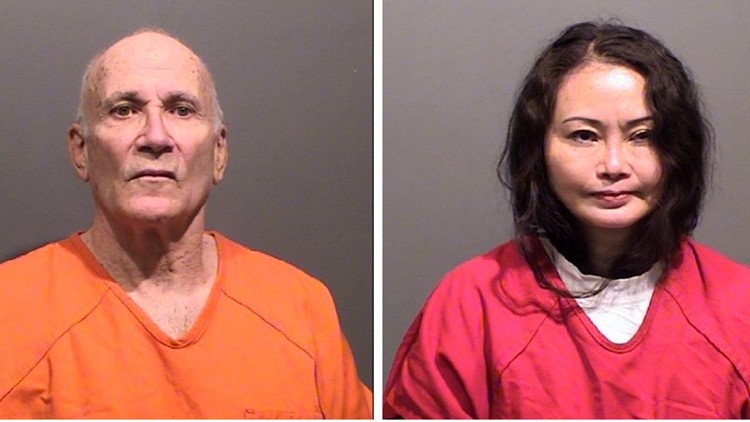 The investigation led police to Touch of Heaven Massage, another business in the Riverside Shopping Center

Officers say they discovered that Timothy Vronay, 71, and Jingwen Liao, 56, were the owners of both businesses.

Officers say they also discovered that women working at the businesses were being moved between both locations to perform unlawful sexual acts on paying customers.

Officers served search warrants at both businesses and their Commerce City home on Sept. 19, 2019.

The suspects eventually turned themselves in to the Jefferson County Sheriff's Office, according to authorities.

Vronay is charged with the following:

Liao is charged with the following:

Anyone with information on the suspects or the reported crimes is asked to contract Detective Chris Renn at 970-416-2385 or Crime Stoppers of Larimer County at stopcriminals.org.

“I’d like to commend officers for their persistent pursuit of justice,” said FCPS Chief Jeff Swoboda. “Through their tireless efforts, they were able to disrupt a criminal operation and make Fort Collins a safer place.”

RELATED: 'Data that alarmed us': How a changing Denver can be ripe for human trafficking