Three of the four suspects arrested on drugs and gun charges last Friday are now in federal custody, according to the U.S. Attorney's Office. 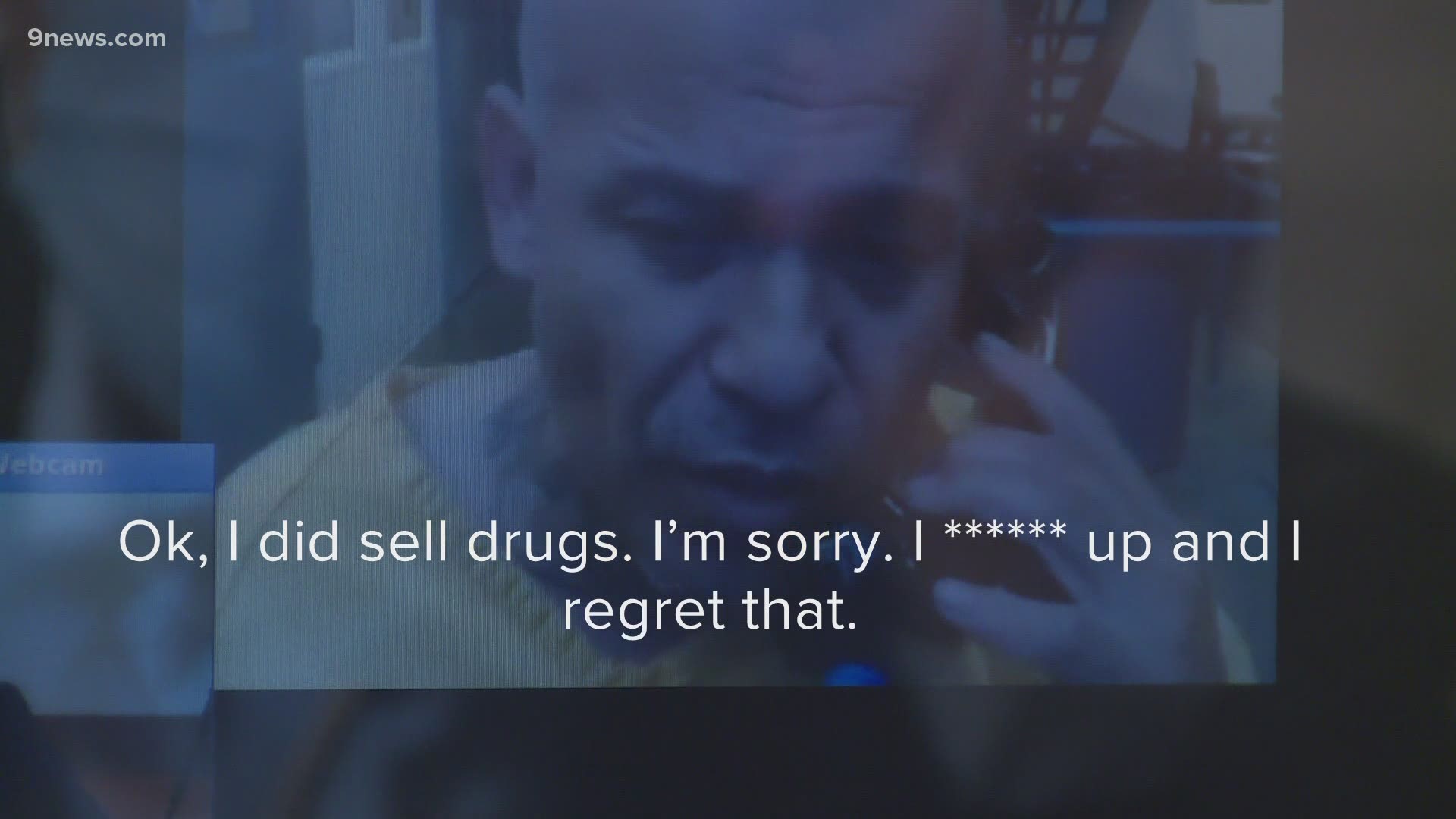 DENVER — Three of the four suspects arrested last Friday at a hotel in Lower Downtown Denver have been transferred into federal custody and face federal weapons charges, according to the U.S. Attorney's Office.

Richard Platt, 43, Ricardo Rodriguez, 44, and Gabriel Rodriguez, 48, are all now in federal custody. Kanoelehua Serikawa, 42, was still in custody at the Denver jail, according to records.

All three were scheduled to make their initial appearances in federal court in Denver at 2 p.m. Friday where they will be advised of the charges.

The four suspects were arrested last Friday at the Maven Hotel at 1850 Wazee St. after a member of the hotel's cleaning staff entered one of the group's rooms on the 8th floor and found multiple firearms, according to the Denver Police Department (DPD) Probable Cause (PC) statements in the case.

According to the federal criminal complaint, the three men agreed to talk with investigators following their arrests, but Serikawa declined to make a statement after being read her rights. The complaint also notes that Gabriel Rodriguez and Ricardo Rodriguez are not related.

During his interview with investigators, Ricardo Rodriguez said he was in Denver to "buy guns and drugs" and he was there looking for a "couple of guys" one of whom he identified as Platt.

He also claimed, the complaint says, that he was presenting himself as an arms dealer so that he could make contacts within cartel organizations in order to work his way up the ladder and that he "had no intention of shooting people."

Platt told investigators during his interview that he became connected with Ricardo Rodriguez through a friend in order to purchase firearms, the federal complaint says.

Platt said the two checked into the Maven Hotel on July 7 and planned to depart on July 9. Upon check-in, he said they both went to Ricardo Rodriguez's room because his room was not ready yet.

He said when they got there Ricardo Rodriguez began taking out parts for guns and began putting them together and "talking crazy," the complaint says. Platt also claims in the complaint that Ricardo stated, "he wanted to arm every veteran in America" and that he was with the State Department and "wanted to change foreign policies in Mexico."

Platt explained that he used a cash app to pay for those.

Platt also told investigators he set up a gun purchase between "Rocco", whom he identified as his drug dealer, and Ricardo Rodriguez. He also related that he took pictures of the guns and sent them to Gabriel Rodriguez and noted that the weapons were for sale, the complaint says.

He told investigators, according to the complaint, that he "did not have a choice" about being involved in the gun sales because he was in "in trouble" with "Rocco."

After initially denying he bought any weapons from Ricardo Rodriguez, Platt eventually admitted he purchased one sniper rifle that he planned to resell for more than what he paid, the complaint says.

Credit: DOJ
A sniper rifle recovered at the Maven Hotel.

Platt told investigators, according to the complaint, that drugs found at the hotel belonged to him and that he had heroin, cocaine, and ecstasy.

RELATED: Maven Hotel arrests: Suspect says he was 'there to sell dope and that was it'

Gabriel Rodriguez spoke to 9NEWS reporter Marc Sallinger from the Denver jail on Monday and said he was at the hotel for a drug deal and didn't want to hurt anyone and didn't know about the guns that were found in the rooms.

"I might have done some stupid things in my life, but murder is not one," Gabriel Rodriguez said. "Stabbing is not one. I’ve never done that. I’m sorry I sold drugs. I’m sorry I did that."

This is consistent with what he told investigators. According to the complaint, he said he went to the Maven to meet with Platt for a drug sale.

Investigators said Gabriel Rodriguez was in possession of a backpack that contained heroin, marijuana, and methamphetamine.

DPD Chief Paul Pazen declined earlier this week to rule out any theories as to what the suspects' intentions were, citing his agency's ongoing investigation.

FBI Denver released a statement on Sunday saying in part, "We have no reason to believe this incident was connected to terrorism or a threat directed at the All-Star Game." "We are not aware of any threat to the All-Star Game events, venues, players or the community at this time."

> Watch the full interview with Gabriel Rodriguez below.

After a cleaning staff member alerted her supervisor to the firearms in Room 809, hotel staff found that the man who rented the room, Ricardo Rodriguez, had originally intended to check out that day, but instead requested several more days and got another room with a balcony that overlooked the alley outside the hotel, the DPD PC statements say.

Hotel staff also found vehicles associated with the rooms in the parking garage that contained a ballistic vest, a duty belt and a high-capacity magazine in plain view, according to the PC statements.

Documents show that police searched the two rooms and found a large number of ecstasy pills and heroin and roughly $10,000 in U.S. currency.

> Watch the full interview with Ricardo Rodriguez below.

There is currently no evidence of any intent or plan to disrupt or commit violence by these defendants in connection with the MLB All-Star festivities, the DOJ said Friday. State charges previously filed against these same defendants have been dismissed.

Serikawa still faces state charges for possession of a controlled substance with intent to distribute and a warrant from another jurisdiction.