Police said they are looking for a white or silver pickup that was last seen going south on South Broadway. 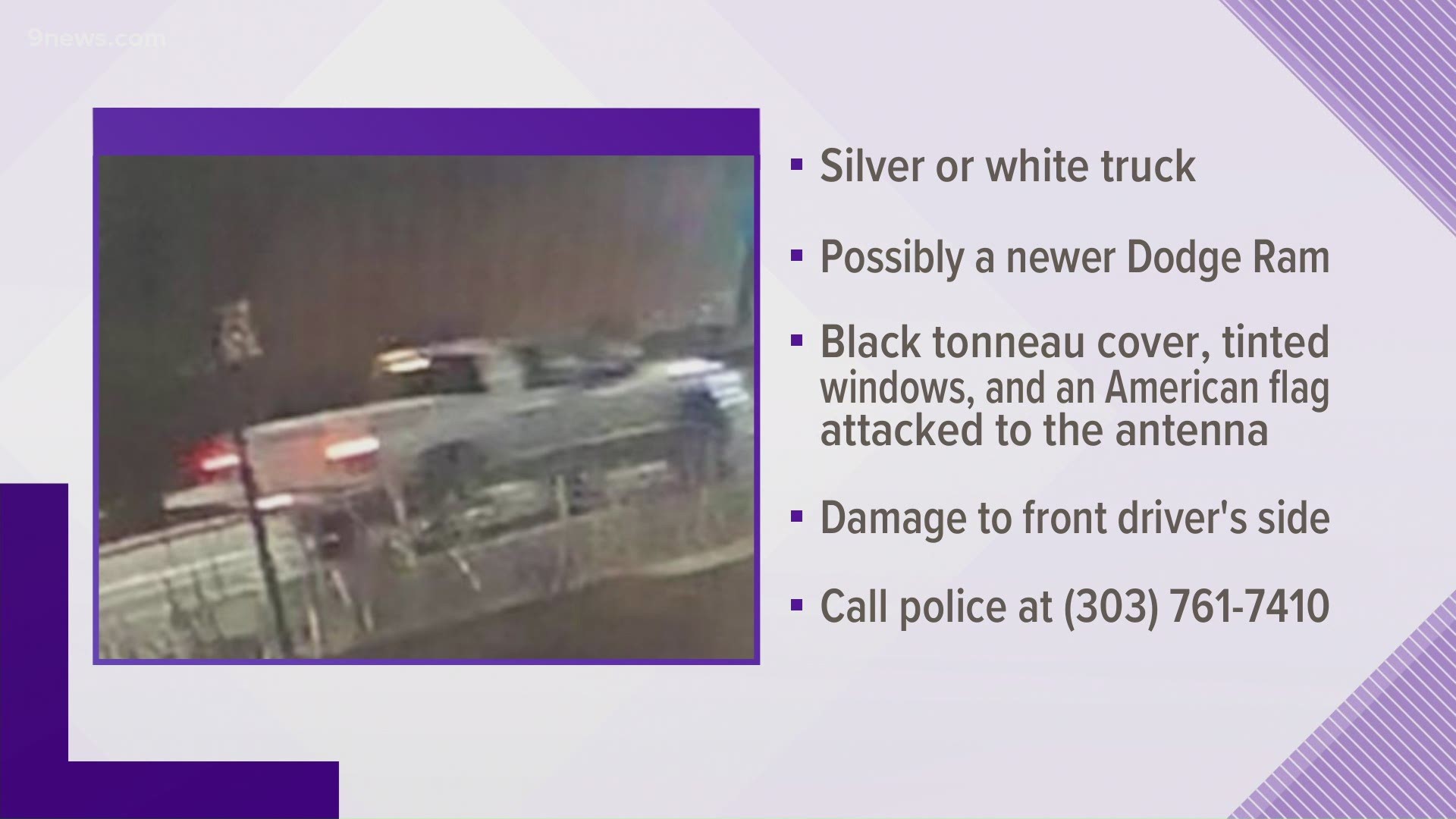 ENGLEWOOD, Colo. — The Englewood Police Department (EPD) issued a Medina Alert for a driver who fled from a hit-and-run that turned fatal for a pedestrian on Saturday morning.

At 12:22 a.m. EPD said they responded to a hit-and-run where they found a 37-year-old man unresponsive, lying in the 3100 block of South Broadway.

He was struck by a silver or white truck, possibly a newer quad or crew cab Dodge Ram. The pickup was last seen driving from the scene, going south on South Broadway, EPD said.

The Ram truck likely has damage to the front driver's side. It has an American flag attached to the antenna, a black tonneau cover and tinted windows, police said.

EPD said the man was transported to a hospital where he later died.

Anyone with information related to this fatal accident can contact EPD at 303-71-7410.

Medina Alerts are issued following hit-and-run crashes where someone is seriously hurt or killed. Law enforcement also must have sufficient information about the suspect or the suspect’s vehicle, such as a license plate number and the vehicle’s make, style and color.

> More information about Medina Alerts can be found here.

RELATED: Man who shot at police officer in Greeley convicted of attempted murder