The attack happened Friday morning in the area of Broadway and Violet Avenue. 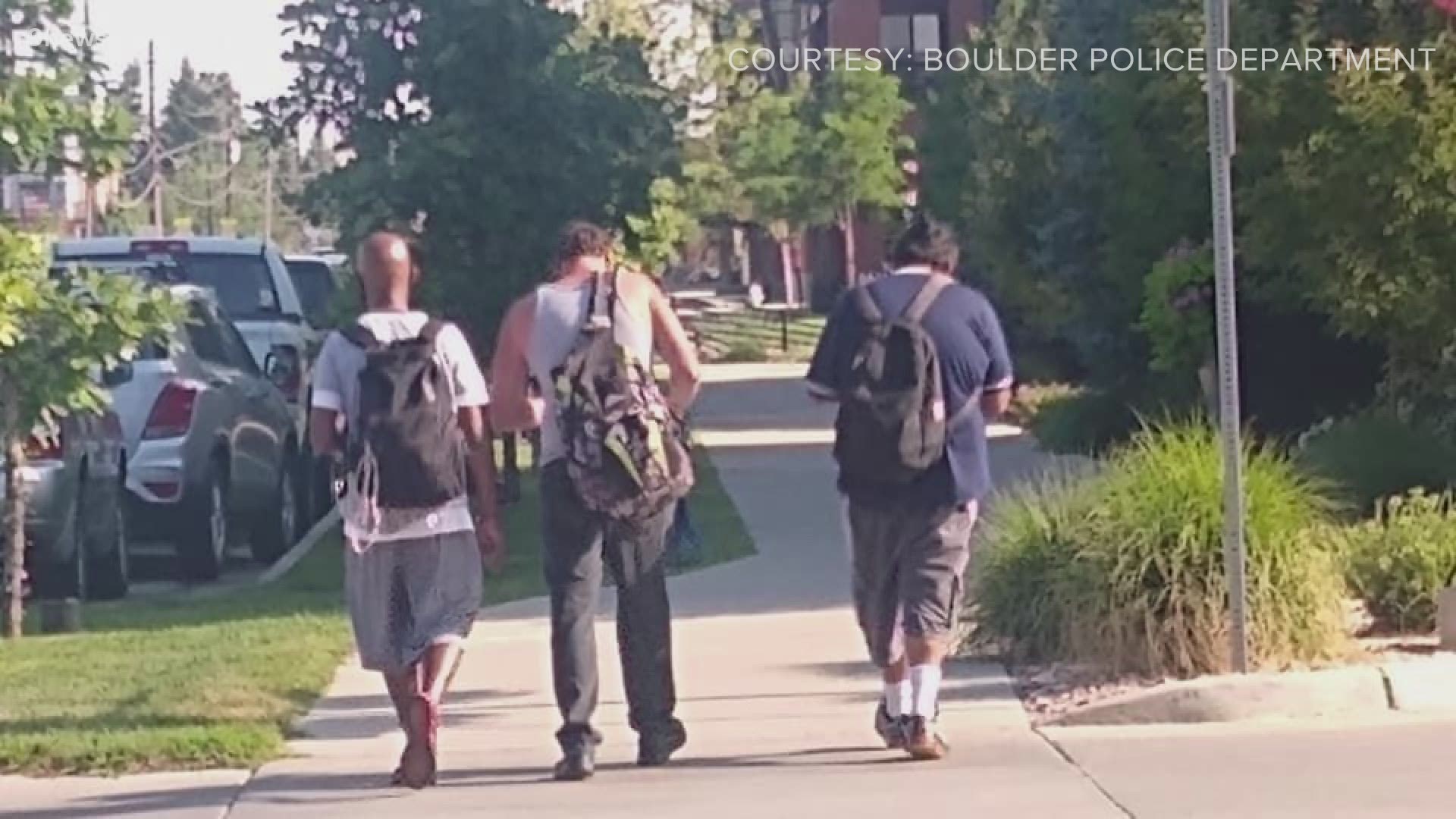 BOULDER, Colo. — Police in Boulder are looking for three men wanted in connection with a possible bias-motivated assault of a woman early Friday morning.

The victim was attacked in the area of Broadway and Violet Avenue around 8:45 a.m., police said.  About 10 minutes later, the woman was able to flag down officers in the same area and reported that she had been physically assaulted by three men who were also yelling derogatory comments, according to the Boulder Police Department (BPD).

Officers spoke with the woman and got a description of the suspects but did not locate the men and later learned they might have left the area on a bus.

The victim told officers that within 24 hours of the attack she had a prior encounter with two of the three men which included a verbal altercation where "homophobic and other disparaging remarks" were made, BPD said.

Given the time that Thursday's attack happened, police said they are hoping someone might have seen something and are asking any witnesses to the incident to come forward.

BPD also provided a photo of three men they said was taken by the victim as the men walked away following the attack.

Credit: Boulder Police Dept.
A photo released by BPD, that they said shows the 3 suspects walking away after the attack.

Under Colorado law, a person commits a bias-motivated crime if the intent is to intimidate or harass another person over that person's actual or perceived race, color, religion, national origin, disability, or sexual orientation.

It can include physical assaults, verbal attacks, or destruction of property.