Dylan Robinson, 22, was arrested in Breckenridge on Sunday. He's accused of setting fire to a police station following the death of George Floyd. 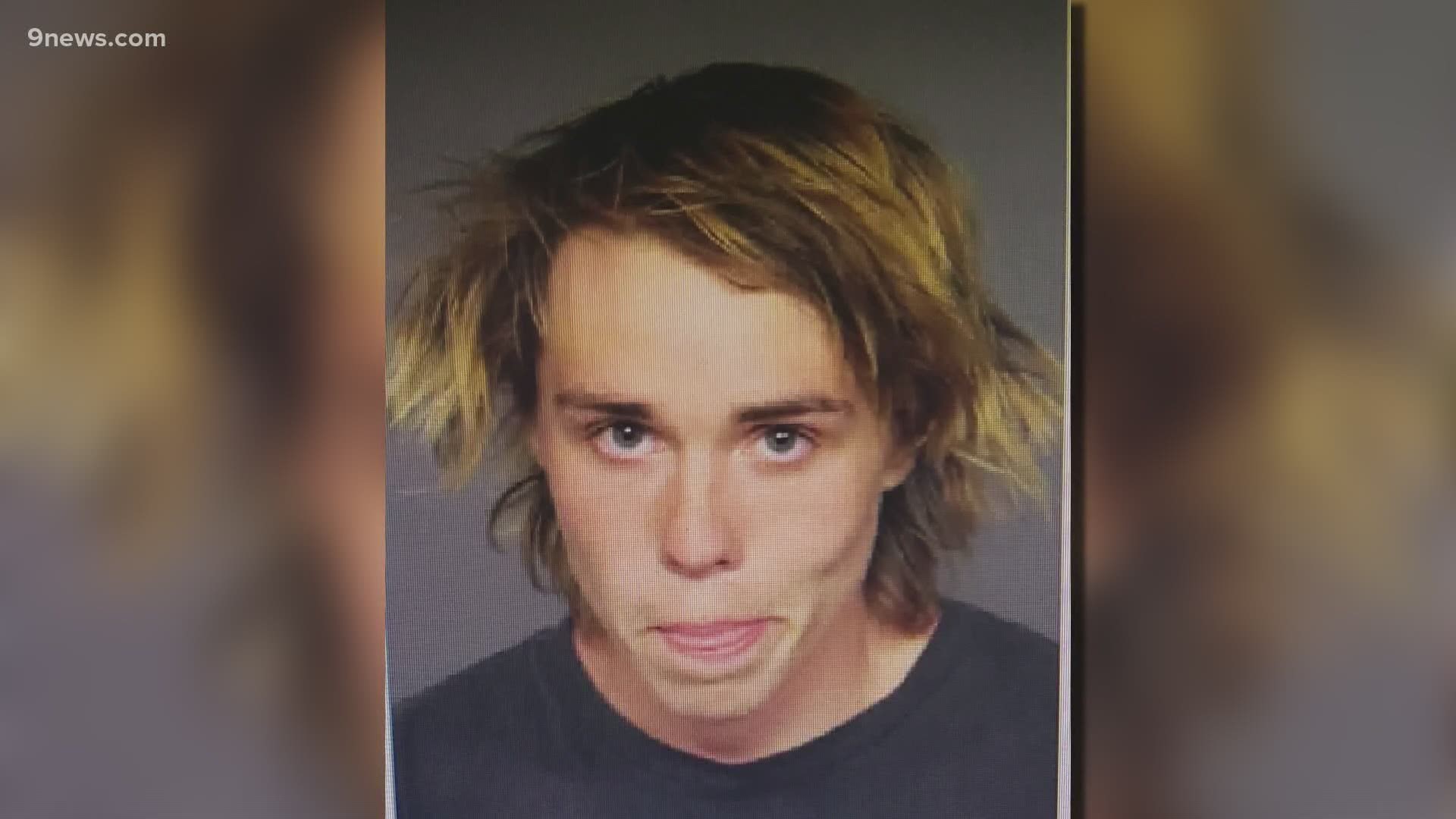 BRECKENRIDGE, Colo. — Videos posted on Snapchat by the suspect of himself setting fire to a police station in Minneapolis Minnesota are ultimately what helped investigators track him down and arrest him in Colorado over the weekend, according to a criminal complaint released Tuesday afternoon.

Dylan Robinson, 22, is accused of throwing a Molotov cocktail into the third precinct police station and setting a fire near a stairwell in Minneapolis during violent riots on the evening of May 28 that erupted after the death of George Floyd.

Robinson appeared in federal court in Denver Tuesday afternoon following his arrest in Breckenridge over the weekend. He attended the hearing by video due to the coronavirus pandemic. During the hearing, he spoke very little, mostly sticking to yes or no answers to the judge's questions.

Video from an external security camera at the third precinct station on the evening of May 28 shows several people lighting incendiary devices. One person in the video was identified as Robinson, the criminal complaint says. In the video, he's seen lighting a device and handing it to another person who then throws it at the building, the complaint says.

Credit: ATF
Robinson handing an explosive device to another man, according to ATF.

According to the complaint, later in the surveillance video, Robinson is seen tossing a device at the building.

Credit: ATF
A man identified as Dylan Robinson, seen at the bottom of the screen throwing an explosive device.

Law enforcement members also found a Snapchat account believed to belong to Robinson in which a live video was posted at 9:23 p.m. on May 28. In that video, several people are seen making Molotov cocktails. In parts of the video, Robinson turns the camera around to show himself, according to the complaint.

A video uploaded on Facebook, which was originally recorded through Snapchat, shows a person later identified as Robinson setting a fire outside a first floor stairwell on the west side of the third percent, the criminal complaint says.

On June 9, the  Bureau of Alcohol, Tobacco, Firearms and Explosives (ATF) released stills from the videos and asked for help identifying the suspects. The next day a woman contacted the ATF and said the suspect's name was Dylan and that he had gone to school with her son.

She provided investigators with his Facebook page and said he had already deleted some photos, according to the complaint. The woman told ATF investigators she hoped they found him because he "also did AutoZone" and had posted videos on Snapchat.

Investigators noted that the AutoZone across the street from the third precinct burned to the ground the night before on May 27.

After identifying Robinson, investigators learned he's on probation for a conviction related to possession of a hallucinogen. They spoke with his probation officer who said she had last heard from him on May 20 even though he's supposed to check in with his location every Wednesday. During that last conversation, Robinson asked about the consequences if he stopped drug treatment and mentioned that he wanted to move to Denver, the complaint says.

On June 12, authorities obtained a search warrant for Robinson's phone and found that it pinged in the area of the third precinct on May 28 and in the Denver area on the evening of June 12.

The complaint says that on June 13, data showed Robinson was headed west on Interstate 70. He was arrested Sunday in Breckenridge.

The criminal complaint charges Robinson with one count of arson and one count of aiding and abetting arson. He will remain in custody in Colorado until at least Friday when he's set to be in court again for a preliminary hearing.

The fire was set during riots that erupted in the city late last month after a video showing the death of George Floyd was shared widely around the world. In the video, a white officer is seen kneeling on the neck of Floyd, an unarmed black man. During the video, Floyd can be heard repeatedly saying that he can't breathe.

>The video above is from a Denver vigil honoring Floyd

The officer who had his knee on Floyd's neck was fired and has been charged with second-degree murder. Other officers seen in the video were also fired and charged in connection with the incident.

Protests and demonstrations have been taking place across the country and here in Denver since Floyd's death. Organizers have been drawing attention to police brutality and demanding changes.

At least one other person has been arrested in relation to the fire at the MPD percent. Branden Michael Wolfe, 23, was charged with aiding and abetting arson, according to KARE, our sister station in Minneapolis.

Following his arrest, Wolfe agreed to an interview with law enforcement, where he admitted to being inside the MPD's 3rd Precinct building, stealing property, and pushed a wooden barrel into a fire, according to a criminal complaint reviewed by KARE.

ATF is offering a reward of up to $70,000 for information about any other suspects connected to the fire.