Maggie Long, 17, had not been seen since Dec. 1. The Park County Sheriff's Office confirmed Thursday that her body was found inside of her burned home. 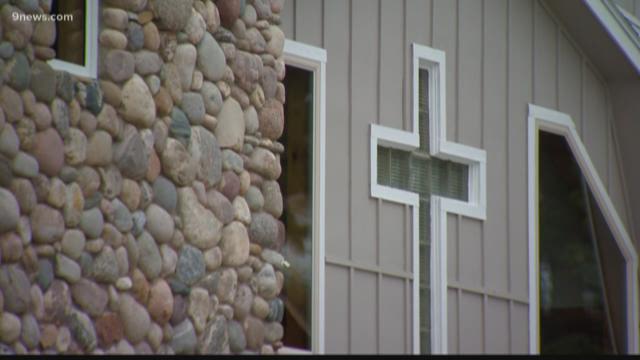 The Park County Sheriff’s Office confirmed Thursday morning that they have positively identified the human remains found inside of a burned home as Maggie Long, a 17-year-old who was reported missing after her home caught fire on Friday.

Investigators say they believe the fire was intentionally set, and in a news release Thursday, said they consider Long’s death a homicide.

At this point, no one has been taken into custody.

RELATED: Park County teen not seen since Friday; arson reported at her home

Maggie Long's family is asking if anyone had any contact w/her after school (approx 2:30pm) until 8pm to please let them know https://t.co/T802VU2LE5 #MissingPerson @decriture pic.twitter.com/svmmshVEOx

Maggie Long's family is asking if anyone had any contact w/her after school (approx 2:30pm) until 8pm to please let them know https://t.co/T802VU2LE5 #MissingPerson @decriture pic.twitter.com/svmmshVEOx

A fire ravaged the teen’s home on County Road 43 near Bailey on Dec. 1. Though Long was reported missing, no search parties were formed to search for her.

The Park County Sheriff’s Office says a judge issued a gag order on Monday regarding the case, which prohibited the release of any information about the case by first responders, law enforcement, court personnel, the coroner’s office, the district attorney’s office or anyone associated with these agencies.

Thursday, the Park County Sheriff’s Office says a task force with federal, state and local law enforcement agencies involved has been “formed for the sole purpose of bringing any individual involved in the Maggie Long homicide to justice.”

“The Task Force will not rest until justice is obtained for Maggie and the Long family,” the news release reads. “All law enforcement resources available will be devoted to bringing this investigation to a successful outcome.”

Anyone who saw suspicious vehicles on County Road 43 in Bailey the day of the fire or who has tips that could be valuable to the investigation is asked to call the Park County Sheriff’s Office tip line at 303-239-4243.

Long was a student at Platte Canyon High School. The following statement about her death was posted on the school's Facebook page:

Dear Platte Canyon Families:: Today is a very difficult day for our community. The Park County Sheriff's office has recently released information bringing closure to our missing student. Maggie Long was a vibrant young student leader whose absence will be ever present. To say that she will be greatly missed is an understatement. Our heartfelt prayers are with the Long family during this difficult time. Please be assured that our schools are prepared to support students and staff with grief counseling and grief support. We have additional crisis support staff on site. There are also grief support resources posted on our website at www.plattecanyonschools.org, click on Community or Parents in the toolbar, then click on Coping With a Loss. We will continue to monitor and adjust our plans of support as needed. As always, I promise to keep you informed. With Sincerity, Dr. Brenda Krage, Superintendent