Some testimony on Monday in the preliminary hearing for Barry Morphew in the murder of his wife Suzanne focused on a tranquilizer gun he kept in the house. 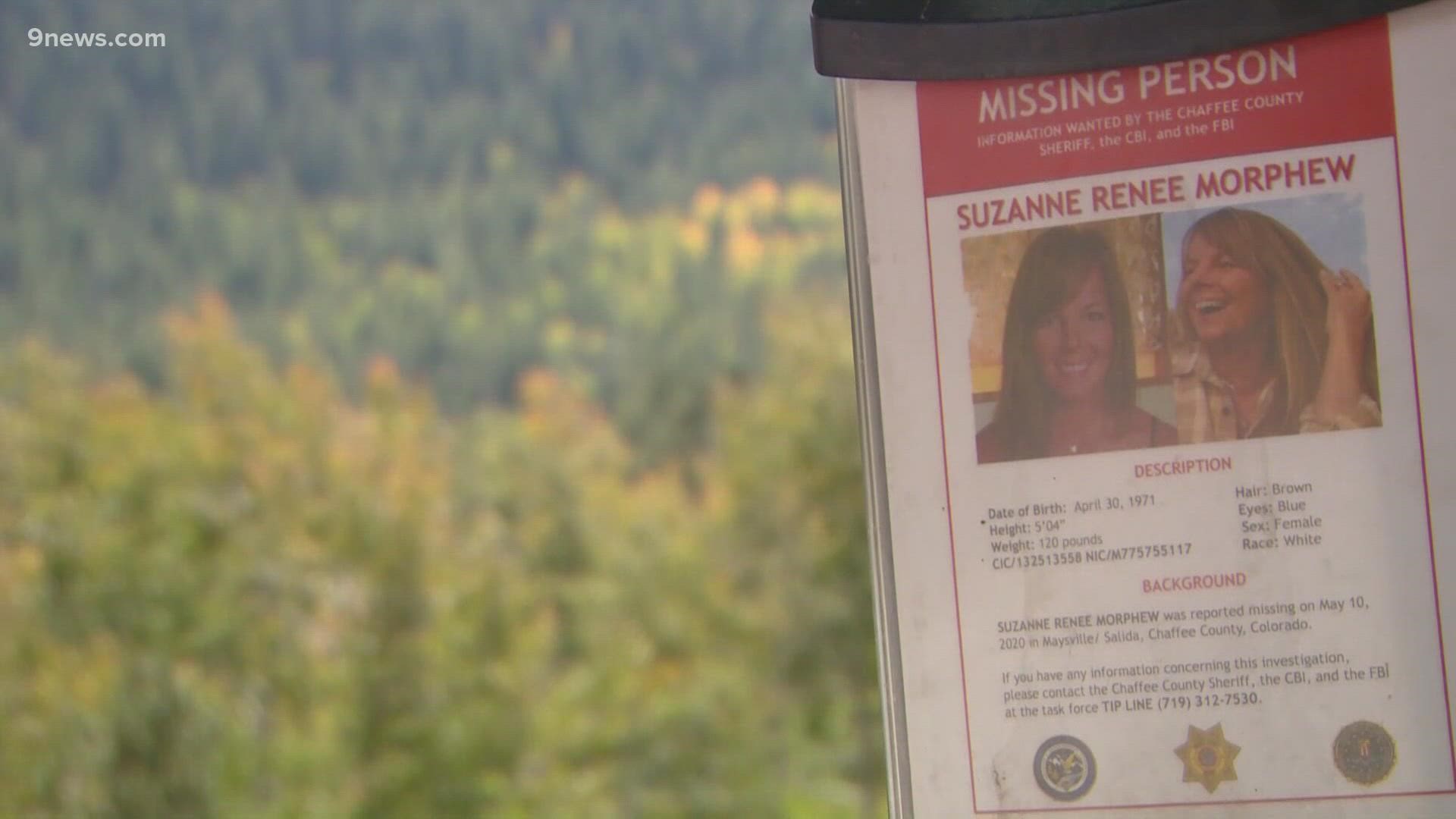 SALIDA, Colorado — On March 5 of this year, 10 months after the disappearance of Suzanne Morphew, her husband Barry asked two FBI agents, "What about immunity? Can you give me immunity if I just sit and open my life to you?"

That testimony came from FBI Agent John Grusing on Monday, as the preliminary hearing for Barry Morphew's murder case continued after two weeks off.

Grusing testified that Morphew asked that question of him and FBI Agent Ken Harris during an interview that was one of several they had with Morphew through April of this year concerning the disappearance and presumed death of Suzanne Morphew.

Suzanne Morphew, 49, of Maysville in Chaffee County, was last seen May 10, 2020. Her husband is facing charges including first-degree murder. The preliminary hearing will determine whether there’s enough evidence to proceed with trial.

A lot of testimony on Monday revolved around a tranquilizer gun and darts that Barry Morphew kept in the house he shared with Suzanne Morphew and their family.

Grusing testified that when he asked Barry Morphew if he had fired the tranquilizer gun on May 9, 2020 -- the last day that Suzanne Morphew was seen alive -- Barry Morphew said he hadn't.

Barry Morphew had told investigators that he owned the tranquilizer gun because he had used it when he was in Indiana to sedate white tail deer to medicate them, according to testimony.

But Grusing testified that he and Harris suspected the tranquilizer gun, described as .22 caliber, had been used on May 9 and asked a veterinarian who worked with Colorado Parks and Wildlife what effect a tranquilizer dart would have on a 120-pound woman.

The veterinarian said full sedation would occur within minutes and would last for about eight hours. The affected person would run for 2 to 3 minutes before they would start to feel wobbly and unstable, according to the testimony. The veterinarian told the FBI agents that the person's breathing would become difficult because of cerebral hypoxia -- when the brain doesn't get enough oxygen -- and would sound like a snore, Grusing testified.

Barry Morphew told investigators in multiple interviews over the weeks and months after Suzanne went missing that the last time he saw his wife, she was snoring, Grusing said.

Barry Morphew said that he saw her as a "lump" in her bed, snoring, early on the morning of May 10, before he left on a presumptive business trip to Broomfield, according to testimony.

Grusing and Harris conducted their last interview with Barry Morphew on April 22 in what Grusing described as an "audit interview."

Grusing said he was the auditor in the investigation. He reviewed the work done by local law enforcement and the Colorado Bureau of Investigation (CBI) between the time of Suzanne Morphew's disappearance and July 2020, and then conducted his own interviews, along with Harris, in 2021.

At that last interview, Barry Morphew answered with the words "I don't recall" to at least 95 of Grusing's questions and possibly more, Grusing testified.

Barry Morphew admitted to being the last person to see his wife alive and said a couple of times in that interview that what was happening was in "God's hands," Grusing said.

Not long after, on May 5, Grusing said he was there when Barry Morphew was arrested. He testified that he told Barry Morphew that he had submitted the April 22 audit interview to the Chaffee County District Attorney's Office and a warrant had been issued for Barry Morphew's arrest on suspicion of murder.

The defense's cross-examination of Grusing focused on when Barry Morphew knew his wife was having an affair.

Previous testimony indicated that the Morphews had a troubled marriage. Suzanne Morphew had carried on a two-year affair with Jeff Libler, a Michigan man who was told he was not a target of the investigation.

Suzanne Morphew suspected her husband was having an affair, but so far, investigators have not found evidence of that.

Four days before she disappeared, testimony indicated she sent a text to her husband saying she was “done” with the marriage.

RELATED: FBI: Suzanne Morphew told Barry she was 'done' with the marriage

According to transcripts that Barry Morphew's attorney read excerpts from while questioning Grusing, Barry Morphew said he did not suspect that Suzanne was having an affair until law enforcement asked him about it months after she went missing.

The defense will continue questioning Grusing when the hearing resumes on Tuesday morning.

Earlier on Monday, Chaffee County Undersheriff Andy Rohrich testified that Morphew had injuries to both of his hands and scratch marks on one of his arms a few days after his wife Suzanne went missing last year.

Rohrich said that he arrived at the Morphews’ residence on the evening of May 10, 2020. He testified about what the Sheriff’s Office found in the house and in the vehicles belonging to the Morphews.

RELATED: Morphew had injuries to his hands and scratch marks on his arm after wife's disappearance

Rohrich also testified about a deputy’s body cam footage that was recorded the night of May 10, not long after Suzanne Morphew went missing. The footage, played in court, showed Barry Morphew entering his home with deputies for the first time since returning home that day from Broomfield.

Rohrich said that deputies needed a piece of Suzanne Morphew’s clothing for tracking dogs to recognize her scent and that Barry Morphew was told to “go directly to a place where she’s worn something.”

Also during the morning’s testimony:

Barry Morphew is currently being held without bail.