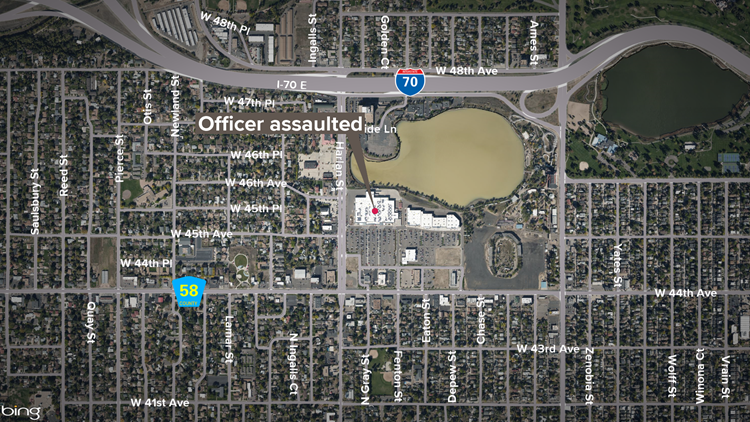 MOUNTAIN VIEW, Colo. — An officer with the Mountain View Police Department received a minor hand injury when he was assaulted by a woman and her 18-year-old son at Walmart, according to the department's chief.

The officer was at the store near North Harlan Street and West 44th Avenue around 7:30 a.m. Friday when he witnessed a woman hit her adult son, Chief Steve Davis said.

As the officer approached the woman to talk with her, the son came around the officer and shoved him, according to a Facebook post from the agency. The officer had to subdue both the woman and her son as they resisted and attempted to fight, the post says. It also says he was "attacked without provocation."

Other officers arrived and helped deescalate the situation. The officer was treated for a minor injury at the scene.

Both the mother and son were arrested by officers with Lakeside Police and booked into the Jefferson County Jail, according to Davis. He did not identify them.