According to MPD, last year there were 18 shootings in that area, as compared to three in 2019. Shotspotter activations increased from seven in 2019 to 185 in 2020. 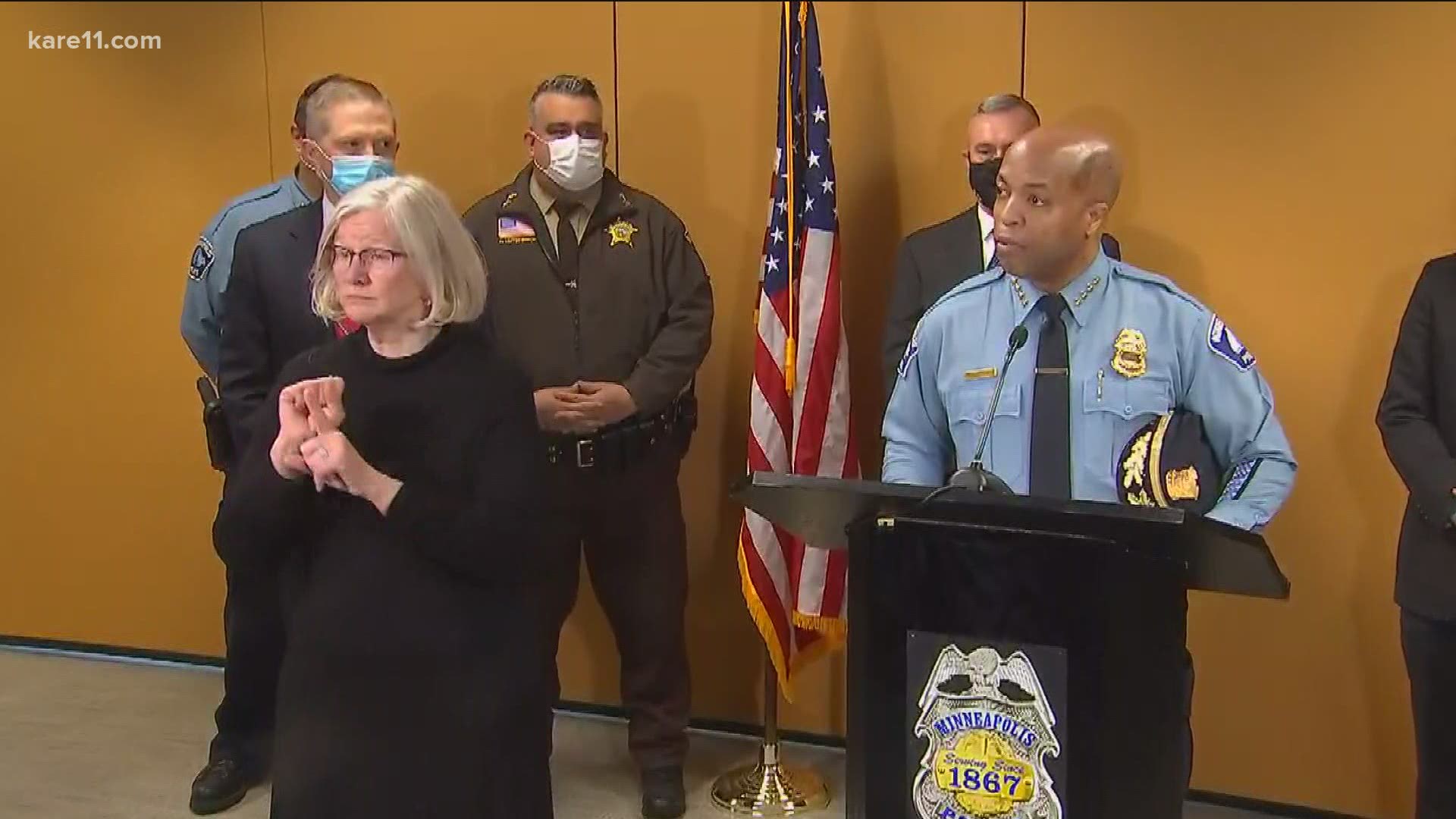 "We will restore peace, safety and hope to 38th and Chicago -- our Minneapolis central neighborhood," Chief Arradondo said.

The new initiative will involve assistance from the Hennepin County Sheriff's Office, the St. Paul Division of the Bureau of Alcohol, Tobacco, Firearms and Explosives (ATF) as well as the Minneapolis FBI.

"ATF is fully committed to assisting the Minneapolis Police Department, and our other local and state and federal partners to combat violent crime here in the city of Minneapolis," said Terry Henderson, Special Agent in Charge, ATF St. Paul Field Division. "This will be a continued and sustained effort."

"We have actually been in conversations in space with many in the community, and I want to stress that the vast majority that we've been meeting with want to see public safety," Chief Arradondo said. "They need public safety and they want us to work in concert with them to make that community safe."

Chief Arradondo continued to emphasize the importance of reopening the intersection of 38th and Chicago.

"We've listened to you, we've heard you. We are coming together, we are going to restore peace and safety to that neighborhood, and we're going to do it collectively with the help and a force multiplier by our partners," Chief Arradondo said. "We will not tolerate that any longer and that intersection must be reopened."

City leaders have said the intersection won't be reopened until after the trial of Derek Chauvin, the former Minneapolis police officer charged in Floyd's death.

“There is no more fundamental duty any government has than to the safety and security of its residents,” said Minneapolis Mayor Jacob Frey in a statement. “Beginning with, and forever connected to, the killing of George Floyd, what has transpired at 38th and Chicago has added new dimensions of trauma to not just our community but our collective work to fulfill that duty. The uptick in violence has served only to cause further pain in the neighborhood and throughout our city. We are committed to increasing services around the area, and Chief Arradondo and our law enforcement partners have my full support in helping advance these new initiatives. Help is on the way.”