Community group calls for change after 3 killed, 5 injured in shootings along Federal Blvd 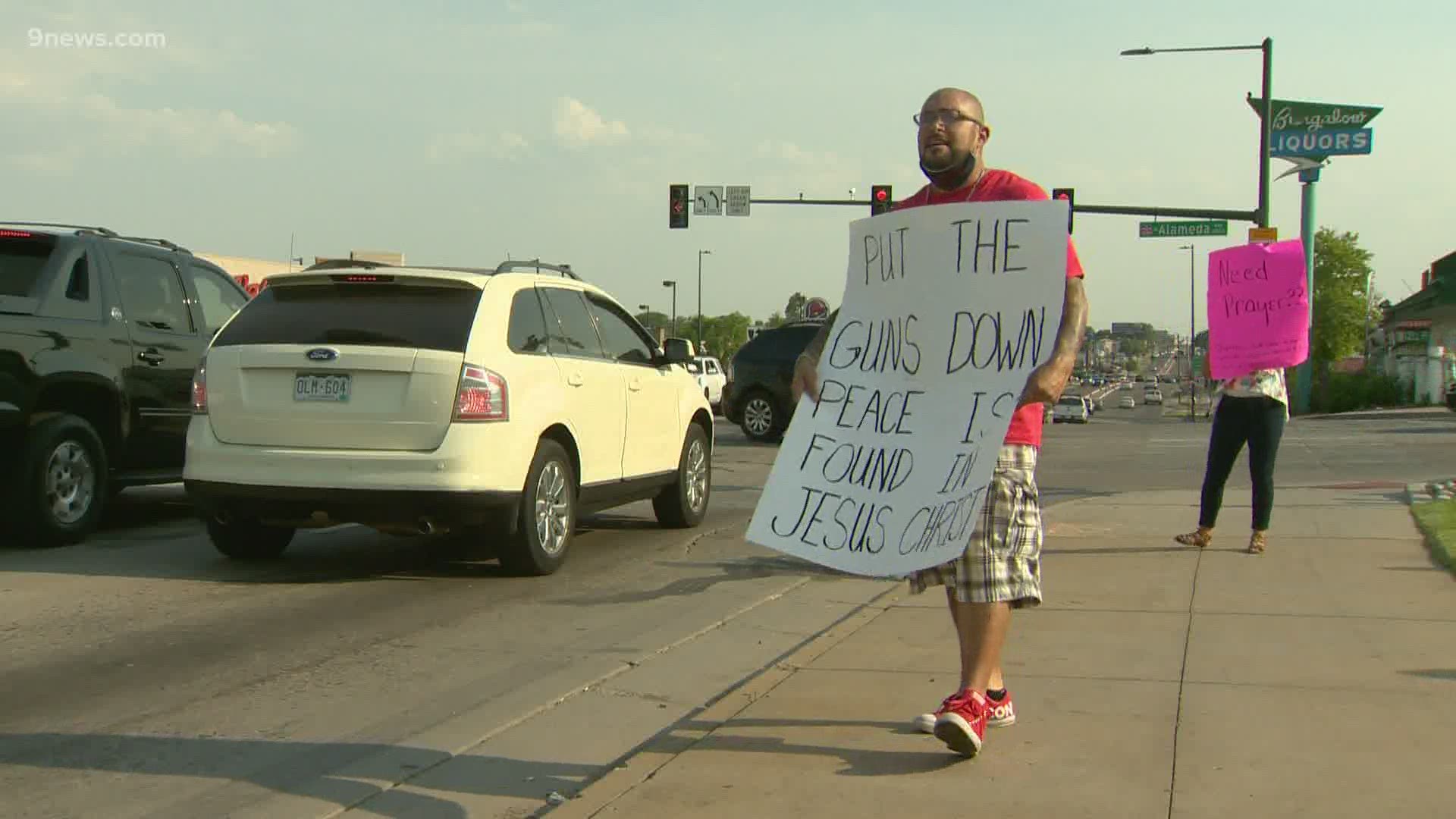 DENVER — Three people are dead and at least five others were injured after two shootings along South Federal Boulevard Sunday night, police said.

According to the Denver Police Department (DPD), the first shooting was in the 600 block of South Federal Boulevard and was reported just before 10 p.m. A woman was killed.

She was later identified as 29-year-old Jessica Barraza-Hernandez.

The second shooting was just a few blocks away, at South Federal Boulevard and West Alameda Avenue, and was reported at 10:38 p.m., DPD said. Emiliano Vigil, 16, and Martin Vasquez, 24, were killed in that shooting. Five other people went to the hospital, according to police.

There were extensive road closures in the area of the second shooting, DPD said.

Police said the two shootings appear to be unrelated, according to a tweet from DPD early Monday morning.

Update re: 600 blk S Federal homicide: The victim was in a vehicle when a nearby altercation led to shots fired. This incident appears unrelated to the shooting/homicide at Alameda/Federal. Investigation ongoing. Submit tips to Crime Stoppers 720-913-7867. https://t.co/GkgpZapYd3

Alert: Officers are investigating a shooting in the 600 block of S. Federal Blvd.; the victim is an adult female. Suspect(s) fled the area. Updates will be posted as available. pic.twitter.com/VQhDvsj2Au

Alert: Officers are on-scene at W. Alameda Ave. / S. Federal Blvd. on a shooting with multiple victims. Updates posted as available. There are extensive road closures in the area. pic.twitter.com/vpFDfmEJAX

James Gutierrez held a sign that read, "put the guns down." From the intersection, he pleaded to people in their cars stopped at the red light.

"No more shootings!" He shouted. "No more innocent lives lost.”

Gutierrez works for THRIVE, a program under the Denver Dream Center that does urban ministry and gang outreach.

“I’m just out here trying to bring peace and hope to the community with all the violence that’s been happening in the Denver metro area," Gutierrez said.

Gutierrez works to steer teens away from the path he followed in his youth.

"I was a gang member myself," Gutierrez said. "When I was 13 years old, I was selling drugs and guns in these streets.”

Gutierrez turned his life around, and he showed up at the corner of Federal and Alameda Monday in hopes of helping others to do the same.

“We need to be out here, and we need to be a voice to our youth and try to help them so that they do not turn to the streets and to the drugs and the gang life and the violence," he said.

Anyone with information about the shootings on Sunday is asked to contact Metro Denver Crime Stoppers at 720-913-7867 or by visiting metrodenvercrimestoppers.com. Tipsters can remain anonymous and may be eligible for a reward of up to $2,000.