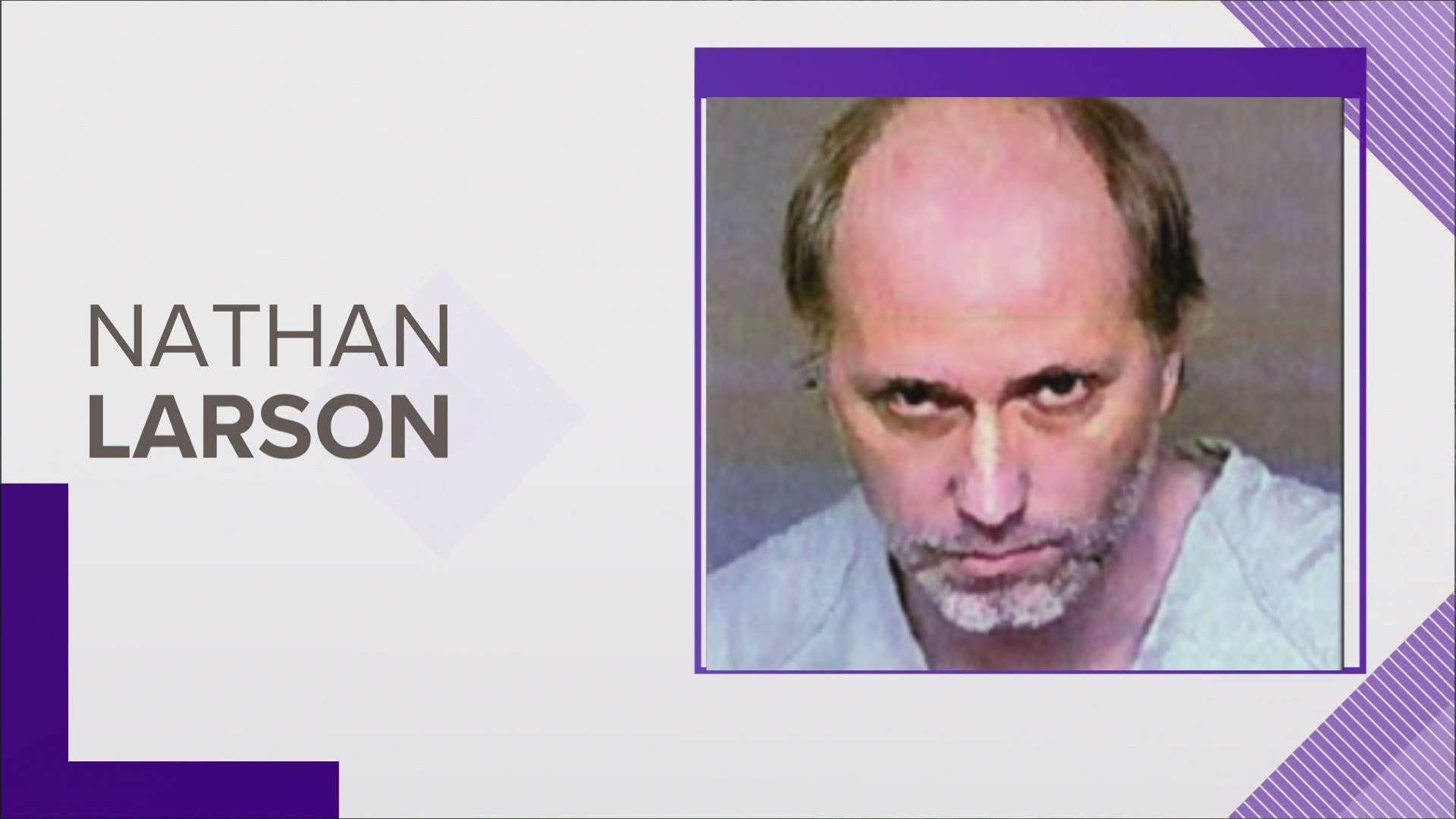 FRESNO, Calif. — A man arrested at Denver International Airport in December and charged with abducting a 12-year-old girl has been extradited to California, according to the Fresno County Sheriff's Office (FCSO).

Nathan Larson, 40, arrived at the Fresno airport on a flight from Denver Thursday evening, according to FCSO.

He is not eligible for bail, FCSO said.

RELATED: Man arrested at DIA and charged with abducting 12-year-old girl is fighting extradition to California

FCSO said on Dec. 14, Larson was arrested during a layover at DIA as he attempted to take the girl from Fresno, CA to his home in Virginia. The two had met on social media in October, according to FCSO.

Larson had flown to Fresno from Virginia, according to FCSO, and went to the girl's home. FCSO said he persuaded her to sneak out of her house around 2 a.m., then used a ride share service to pick her up and take her to the local airport.

Larson made the girl wear a long wig to alter her appearance, FCSO said, and told her to act as if she was disabled and unable to speak to ensure she would not talk with anyone at the airport.

She was returned to her family unharmed after Larson's arrest, FCSO said.

During the investigation, FCSO said, detectives uncovered Larson's "deeply disturbing" background.  FCSO said they learned Larson is a white supremacist and a well-known advocate for pedophilia. He ran a website that encourages child rape and the sharing of naked photos and video of children being raped, according to FCSO.

FCSO said during the two months preceding his arrest, Larson was able to convince the girl, through manipulation and grooming, to send him pornographic images of herself.

Previously, Larson ran as an independent in 2017 to represent District 31 in the Virginia House of Delegates, according to FCSO, and in 2018 to represent Virginia's 10th Congressional District.

During his campaigns, FCSO said, he advocated for incest and sex with minors.

Larson had also lived in Boulder. While there in December 2008, FCSO said, Larson sent a detailed email to the U.S. Secret Service threatening to kill the President of the United States. It's not clear whether he was referring to sitting president George W. Bush or incoming president Barack Obama. Larson pleaded guilty in federal court and ended up serving 14 months in federal prison.