The shooting happened just before 9 p.m. Tuesday on the south side of the light rail station. 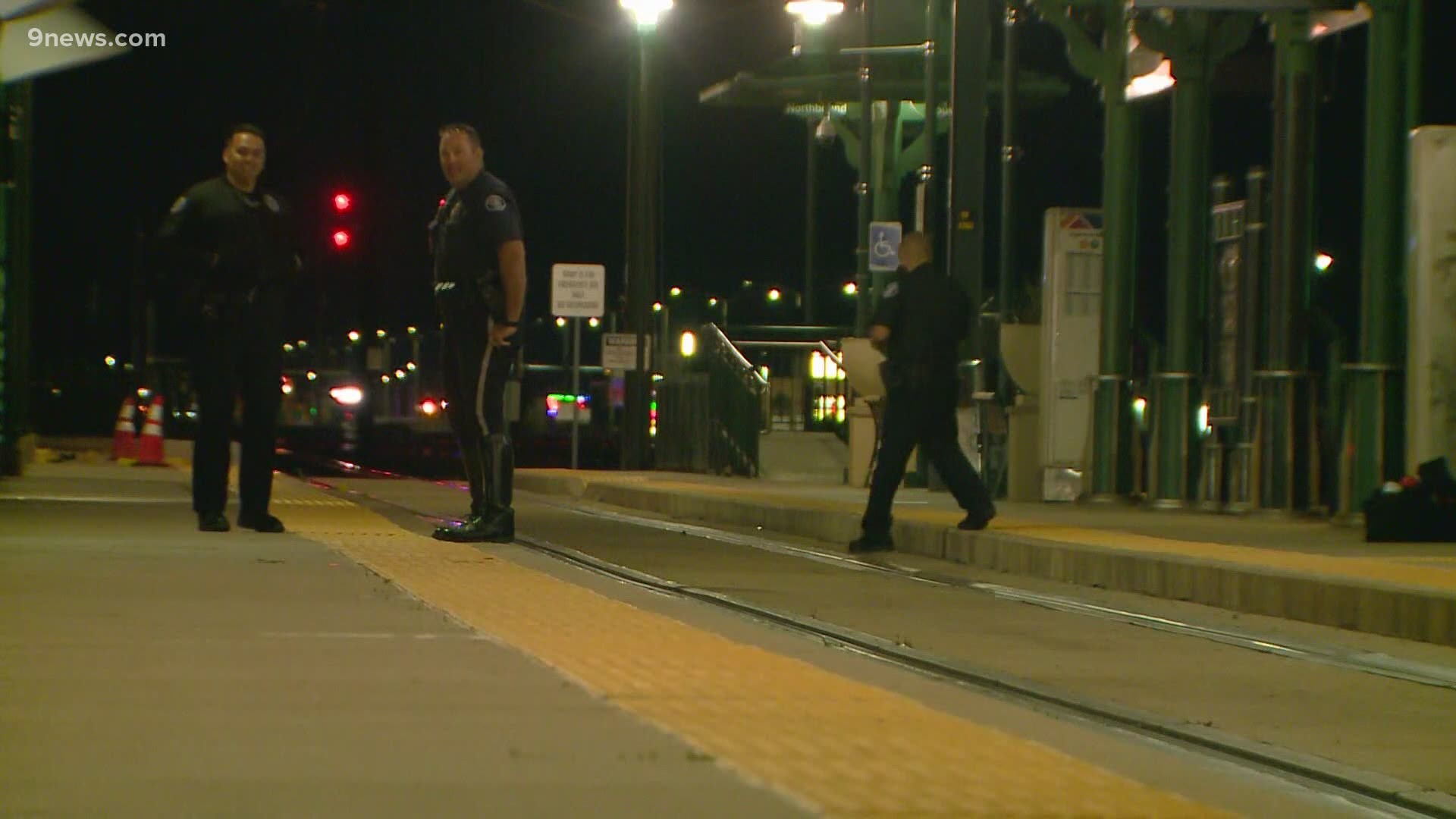 ENGLEWOOD, Colo. — A suspect in a domestic violence incident was killed during an exchange of gunfire with officers at an RTD light rail station Tuesday night, according to a news release from the Englewood Police Department.

An Englewood officer was shot during the incident. She was taken to the hospital, and while her exact condition was not released, the six-year veteran of the department is stable, the release says.

Officers were first called to the light rail station near West Hampden Avenue and South Santa Fe Drive just before 9 p.m. Tuesday on a report of a domestic violence incident where a suspect allegedly pointed a firearm at the victim.

When officers arrived, police said they found a 31-year-old man, identified Friday as Marcus James Uribe, on the south side of the station who they identified as the suspect.

“Once in contact, there was an exchange of gunfire between the suspect and responding officers,” the news release says.

During the exchange of gunfire, Englewood Police said a dog was “inadvertently shot and died on the scene.” It’s unclear who that dog belonged to.

The Arapahoe County Critical Response Team is investigating the incident, per standard procedure.

The officers involved have been placed on administrative leave per departmental policy.

RELATED: Driver in Lakewood crash that killed 2 sentenced to 158 years