Man arrested after 3 officers were hit by vehicle, seriously injured in Denver

DPD said a suspect vehicle was found on Sunday, and the suspect was arrested a short time later. 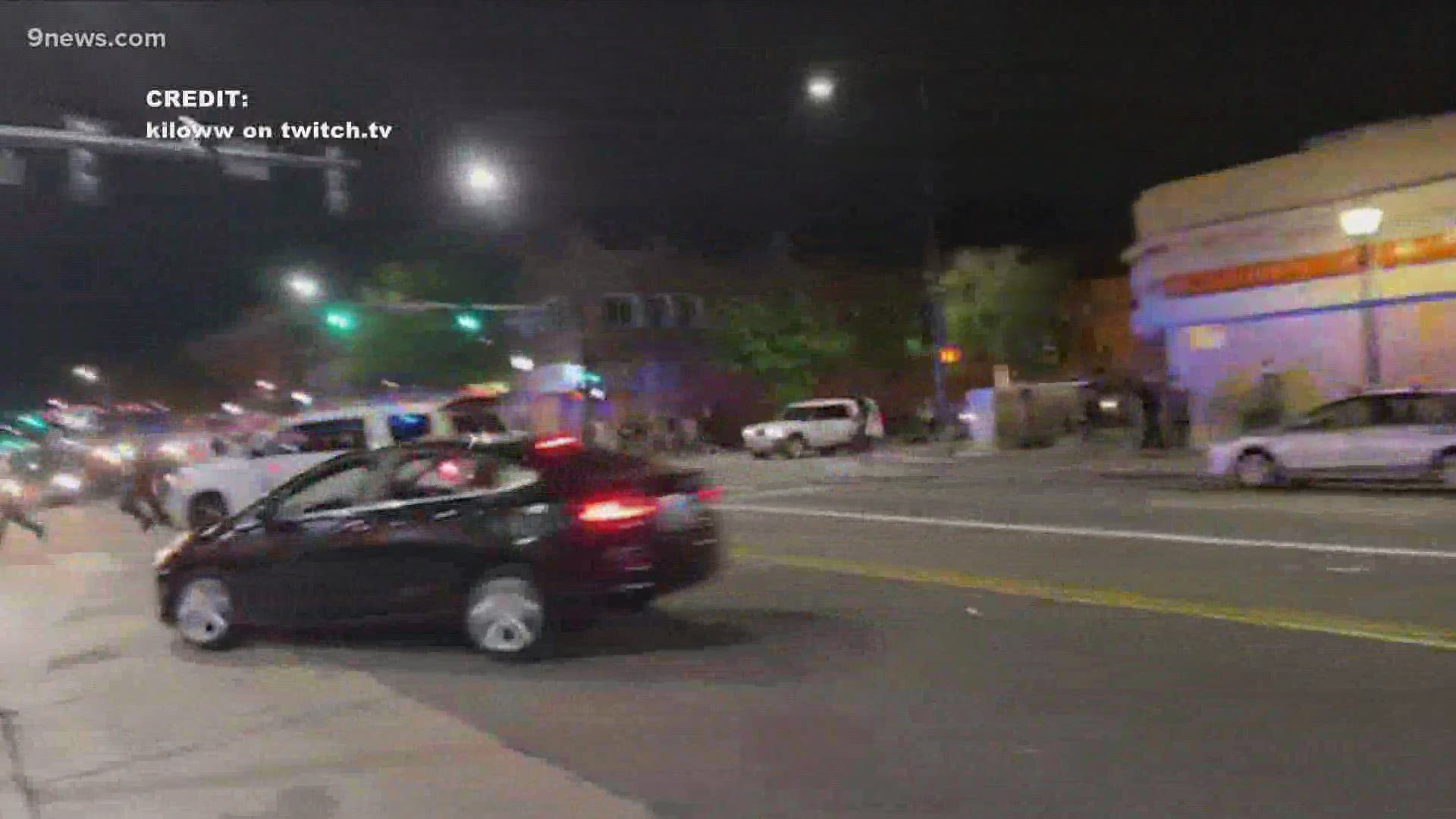 DENVER — A man has been arrested after three officers and a civilian were seriously injured when a driver hit them with their vehicle near East Colfax Avenue and Logan Street on Saturday night, according to the Denver Police Department (DPD).

A crime alert released by DPD on Sunday morning says the driver intentionally struck the officers.

The officers suffered serious bodily injury. As of Sunday afternoon, two officers had been released from the hospital and one remained hospitalized, according to DPD. All the officers were expected to make a full recovery.

One civilian was also struck and that person's condition was unknown, DPD said.

The video below was provided by kiloww on Twitch.tv:

Jordan Roberts saw the aftermath from his home.

Roberts lives on the corner of Logan Street and 16th Avenue. He said he's been able to see the protest up close.

"It was very moving to see all those people laying on the Capitol lawn. Laying down for 9 minutes saying, 'I can't breathe' – that was unbelievably moving," he said. "Then around the curfew, you started hearing the fireworks, the flash bangs and you could smell the pepper spray throughout the air. It was coming in through my window the entire night I had a cough, it was insane."

He said he heard a loud engine and a black car zoomed by. In a matter of minutes, dozens of cops flooded the area he said.

When Roberts posted the video of the aftermath on Twitter, he said all sorts of people started responding.

"You see a lot of white people saying 'well, this is what the protest is getting us, people hurt, buildings are being burned down.'"

But he said that wasn't his point when he posted the video.

"You see more of a reaction that a Target, a multi-billion-dollar company is getting looted, but an innocent life is getting lost and people are not standing up and speaking … that is heartbreaking," he said.

He said as a white man, he recognizes his privilege and uses that to propel the message that black lives matter.

"I'm sad that I've been given this platform to speak just by chance when there are a lot of beautiful black people, I know who are more deserving of this opportunity to share their experience," he said.

Police did not release the identity of the suspect or any additional information due to the ongoing investigation.

Anyone with information on the incident is asked to contact Metro Denver Crime Stoppers at (720) 913-7867 or metrodenvercrimestoppers.com.