3 DPD officers involved in fatal shooting of man at park

Prior to the June 4 shooting, DPD said several people called 911 to report a man firing shots from a vehicle. 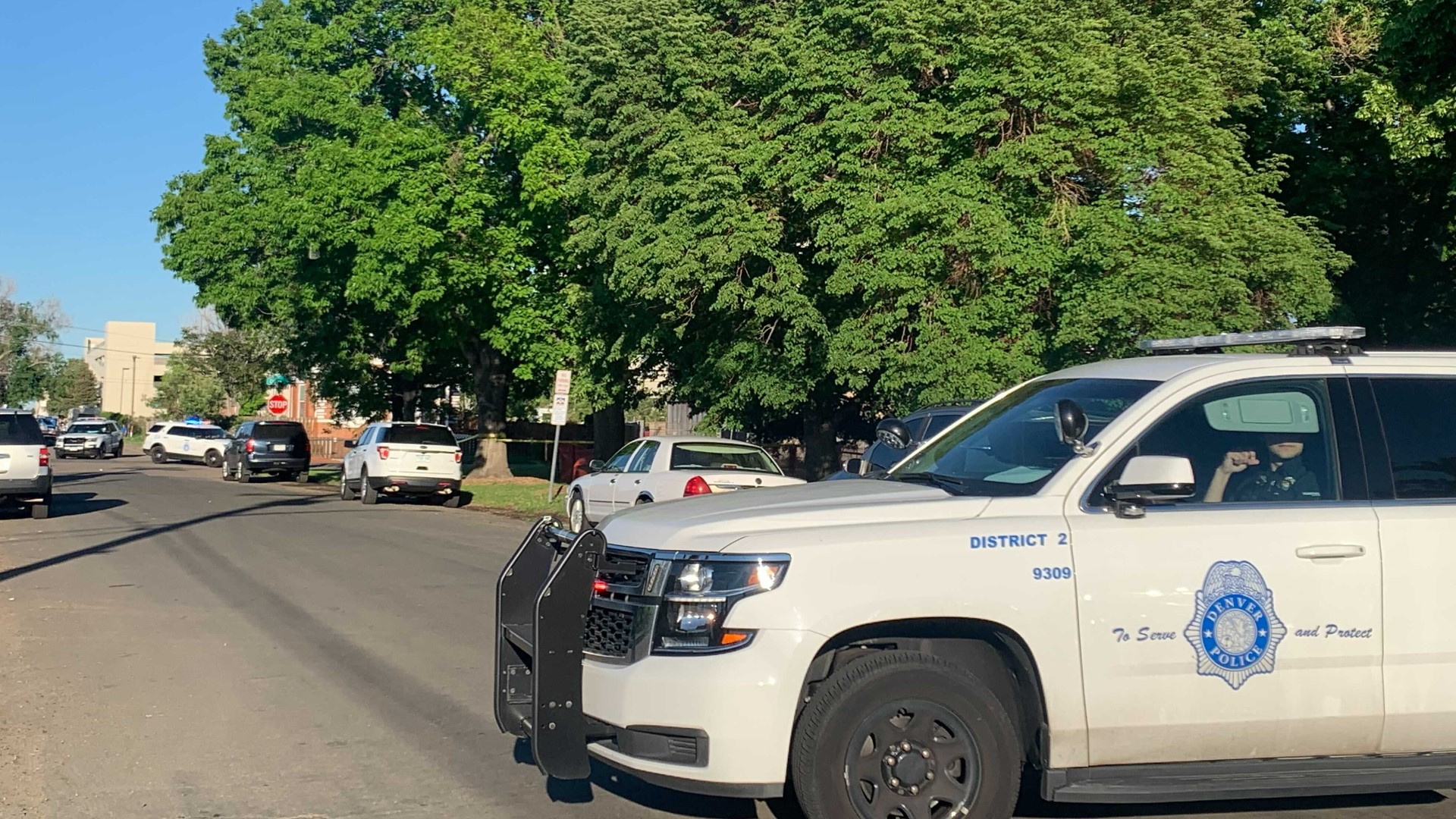 DENVER — Three Denver Police Department (DPD) officers have been placed on modified duty after fatally shooting a man who witnesses said was firing at people in a park.

The shooting happened about 5:30 p.m. on June 4 in the 3800 block of Olive Street. That's North Monaco Parkway and Smith Road in Denver's Park Hill neighborhood.

"Detectives interviewed multiple witnesses who described the suspect as taking a shooter's stance while discharging the weapon at multiple people in the park," Clark said.

He said at least eight people were in the immediate area, and it appeared that the suspect specifically fired toward at least three people, none of whom were hit. Clark said there was no indication the suspect knew those people.

Officers arrived within five minutes and were directed by a witness to the east side of the park, where they found a grey Jeep. Initially, the man was outside of the vehicle but was leaning into the passenger side area and was not completely visible to officers, Clark said.

The officers stopped their vehicles about 90 feet away from the suspect, he said.

"Officers began giving the suspect directions to show his hands, which the subject ignored," Clark said. "The subject continued leaning into the front passenger side of the vehicle for approximately 45 seconds before stepping back from the vehicle."

When the suspect came into full view, officers immediately spotted a handgun in his hand, according to Clark. For about another 30 seconds, officers gave commands for the man to drop the gun, Clark said.

During that time, the man raised the barrel of the gun to his own head, briefly lowered it toward the ground, and then began walking toward officers with the weapon pointed at them, he said.

The suspect, identified as  31-year-old Colton Wagner, was struck and fell to the ground. He was taken to Denver Health and later died from his injuries.

No one else was hurt.

Clark said the three officers fired a total of 14 rounds among them. Two officers fired handguns, and one of them fired a rifle, he said. There was no indication that Wagner fired at the officers; however, investigators recovered a 45 caliber handgun and found 24, 45 caliber casing in the area in and around Wagner's car.

Additional live ammunition found inside and outside his vehicle, Clark said.

The three officers have been with the department for between six and 13 years. None of them have been involved in a shooting before, Clark said.

Tuesday's briefing is part of DPD's ongoing to provide additional details publicly in the days following an officer-involved shooting. It was the fifth shooting this year where a DPD officer fired a weapon.