In one documented case, a budtender sold to the same detective nine times in the span of about two hours, sometimes completing his transactions a mere 15 minutes apart. 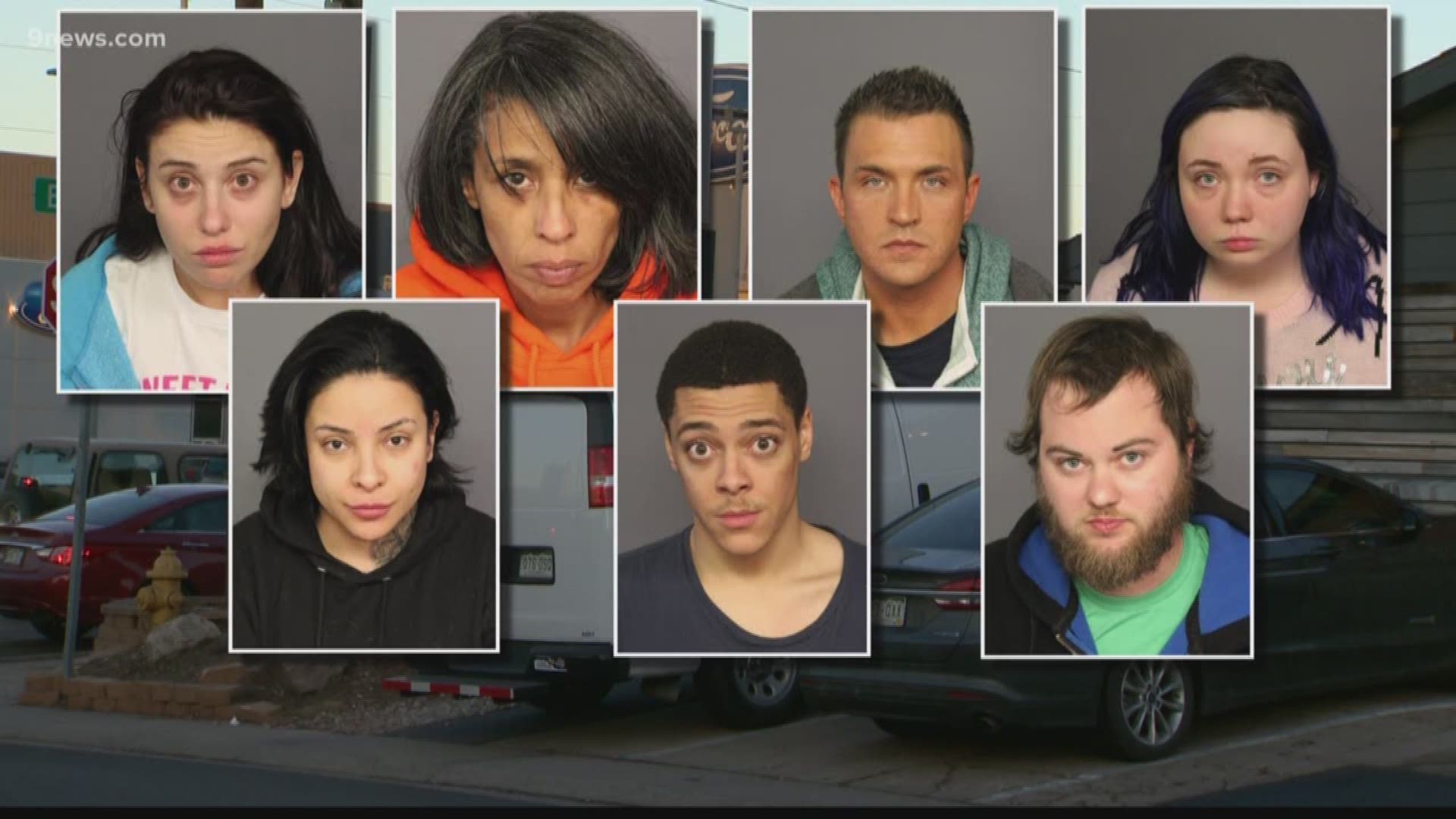 Undercover Denver police detectives were able to purchase as many as 16 ounces of marijuana in one day from a popular local chain of marijuana stores, according to documents released Friday.

By Colorado rule, a purchaser can only be sold - legally - one ounce of marijuana per transaction.

Complaints that marijuana store Sweet Leaf was not complying with Colorado state law regarding the sale of marijuana led to the year-long investigation, which began in December 2016.

Denver lawyer Christian Sederberg, who worked on the Amendment 64 campaign, says there is new legislation going into effect on Jan. 1 to combat "looping," or the practice of buying less than an ounce of pot at a time, but returning multiple times per day to do so.

However, that legislation has not gone into effect yet, and the law as written does not specify 'per day' in the one-ounce rule.

On Thursday, police executed the raids at eight Sweet Leaf locations, resulting in the arrest of 13 budtenders (a budtender is a person behind the counter at the shop that sells the marijuana).

All 26 marijuana licenses held by Sweet Leaf dispensaries in town were suspended for selling more than an ounce of pot - the legal limit - to its customers, according to the Denver Department of Excise and Licenses.

Five of the 13 arrested face felony charges, as they sold more than four ounces of marijuana to undercover detectives in one day. The rest face misdemeanor charges.

At some of Sweet Leaf’s Denver locations, undercover detectives were able to walk in and buy pot anywhere from seven to 16 times a day, according to court documents.

In one documented case, a budtender sold to the same detective nine times in the span of fewer than two hours, sometimes completing his transactions a mere 15 minutes apart.

Sederberg says the arrests are "concerning," given that the law surrounding purchasing marijuana is very complex and nuanced.

“If there’s any doubt about the crimes that are being alleged, particularly when this has been an issue that has been talked about a great deal and led to rulemaking... this is very concerning,” he said by phone Friday afternoon.

Sederberg says he has some questions about how the undercover operation was conducted, but called it, "troubling."

Court documents released Friday by Denver Police detail what led up to the Thursday arrests.

On Dec. 7, 2016, detectives conducted an undercover investigation at the Sweet Leaf store at 2647 West 38th Ave that led to the Thursday arrests of Christopher Arneson and Cassidy Thomas.

The affidavit states the Denver detective was sold an ounce of marijuana seven different times in less than an hour-and-a-half from the store.

He caught each buy on hidden camera, according to the affidavit.

Arneson sold an ounce of pot to the undercover officer three times, the affidavit states. Each time, the officer would hand Arneson his identification card without a problem.

The detective also handed his ID to another employee, Cassidy Thomas, during one of his seven trips to the store.

Thomas faces misdemeanor charges for selling to the detective twice in one day, totaling just under two ounces of marijuana, the documents say.

Arneson helped her in one of those transactions, according to the court documents.

A week later, the same officer made five undercover trips to the same West 38th Avenue location in the span of 59 minutes, purchasing 28 grams (about an ounce) of marijuana on each visit.

The affidavit states Arneson sold to the undercover officer twice that day, too.

Arneson was arrested at the Sweet Leaf where he worked on Thursday morning. He was released on a personal recognizance bond.

Nearly a year later, on Jan. 5, 2017, that same detective bought an ounce of marijuana five times from budtender Stuart Walker, according to court documents.

That same day, Krystal Mauro, a budtender at the West 38th Avenue Sweet Leaf location, sold an undercover detective the “Afghani” and “Cheese Quake” strand of pot nine times, according to the arrest documents.

The detective’s trips to the store sometimes were only 10 minutes apart.

Since Walker and Maura are alleged to have sold more than four ounces to the undercover officer, they face felony charges.

On the morning of Feb. 23, 2017, at the 4400 East Evans Avenue location, an undercover Denver police officer was able to purchase an ounce of marijuana 11 times, according to the records.

That day, Natalie Betters sold the cop an ounce of “Tangerine Kush” for $120 five different times, according to the affidavit.

Another budtender working during this time, Andrea Cutrer, was also arrested for selling the undercover detective an ounce of marijuana twice, the documents state.

Ian Ferguson works as a budtender at the Sweet Leaf Marijuana Store at 2609 Walnut St., and according to court documents, this location sold to an undercover officer 16 times on Feb. 23. 2017.Two of the employees, Ferguson and Joseph Gerlick, each sold to the cop multiple times, the documents say.

Also on Feb. 23, 2017, Leeanne Henley sold the same undercover detective “Lemon Skunk,” “Violator Kush,” and “Skywalker” strands five separate times, according to arrest documents. She was arrested at her home in Arvada.

In July, a young, 22-year-old budtender sold to an undercover detective two times from the Sweet Leaf location at 4125 Elati Street, according to the arrest documents.In total, the cop was able to enter the store and buy an ounce of pot 13 times in a less than two-hour span, according to the report. Devin Waigand was arrested in Denver Thursday.

On Aug 3, 2017, between 11:26 and 12:45 p.m. at the Sweet Leaf located at 7200 East Smith Road, an undercover detective was able to buy an ounce of pot six different times, documents say.Deann Miller sold an undercover detective a total of nearly five ounces in five separate visits to the shop, according to court documents. She was arrested Thursday morning

At its Aurora location in Oct. 2017, a Denver detective walked in to buy pot 16 times from Sweet Leaf, and each time, was able to purchase an ounce of a strand known as “Recon OG," according to the court documents. The detective says between 9 a.m. and 3 p.m., budtender Jonathan Sublette sold to him four times, for a total reaching just under four ounces. Sublette missed facing felony marijuana distribution charges by .06 ounces.He was arrested by Denver Police Thursday morning.

The affidavit says 27-year-old Dana Rae Velasquez sold an ounce of pot to the detective four times that day. She was arrested Thursday at her home in Aurora.