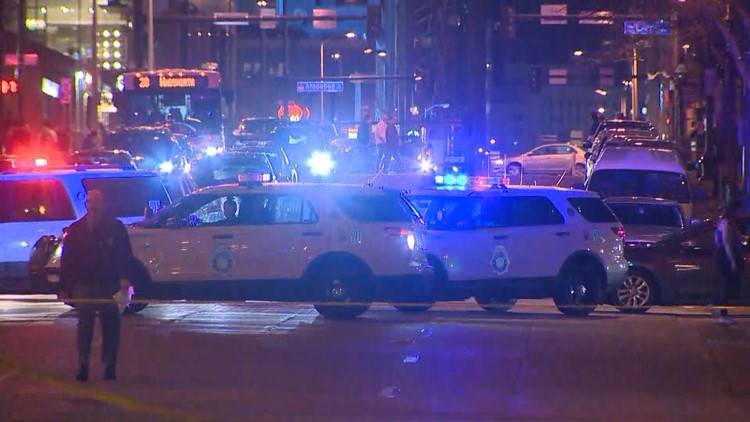 A pedestrian seriously hurt after a hit-and-run crash in LoDo died from their injuries Saturday morning, police said.

According to the Denver Police Department, a Medina Alert was issued for a 2006 maroon Toyota pickup truck on Friday night after the wreck, but the vehicle was found sometime before 10 a.m.

Law enforcement said that a suspect was in custody and that the public information officer would not identify the person until Monday.

The collision happened at about 9 p.m. Friday at 15th and Blake streets. Three vehicles were involved, DPD said.

The pedestrian was rushed to Denver Health and a sole vehicle - the pickup - fled the scene of the wreck.

The collision happened about a half-mile from Coors Field, where crowds were still celebrating the Rockies home opener.

About an hour earlier, a Denver police officer was injured in a disturbance just a few blocks away.