Police said a pedestrian was struck and has life-threatening injuries. 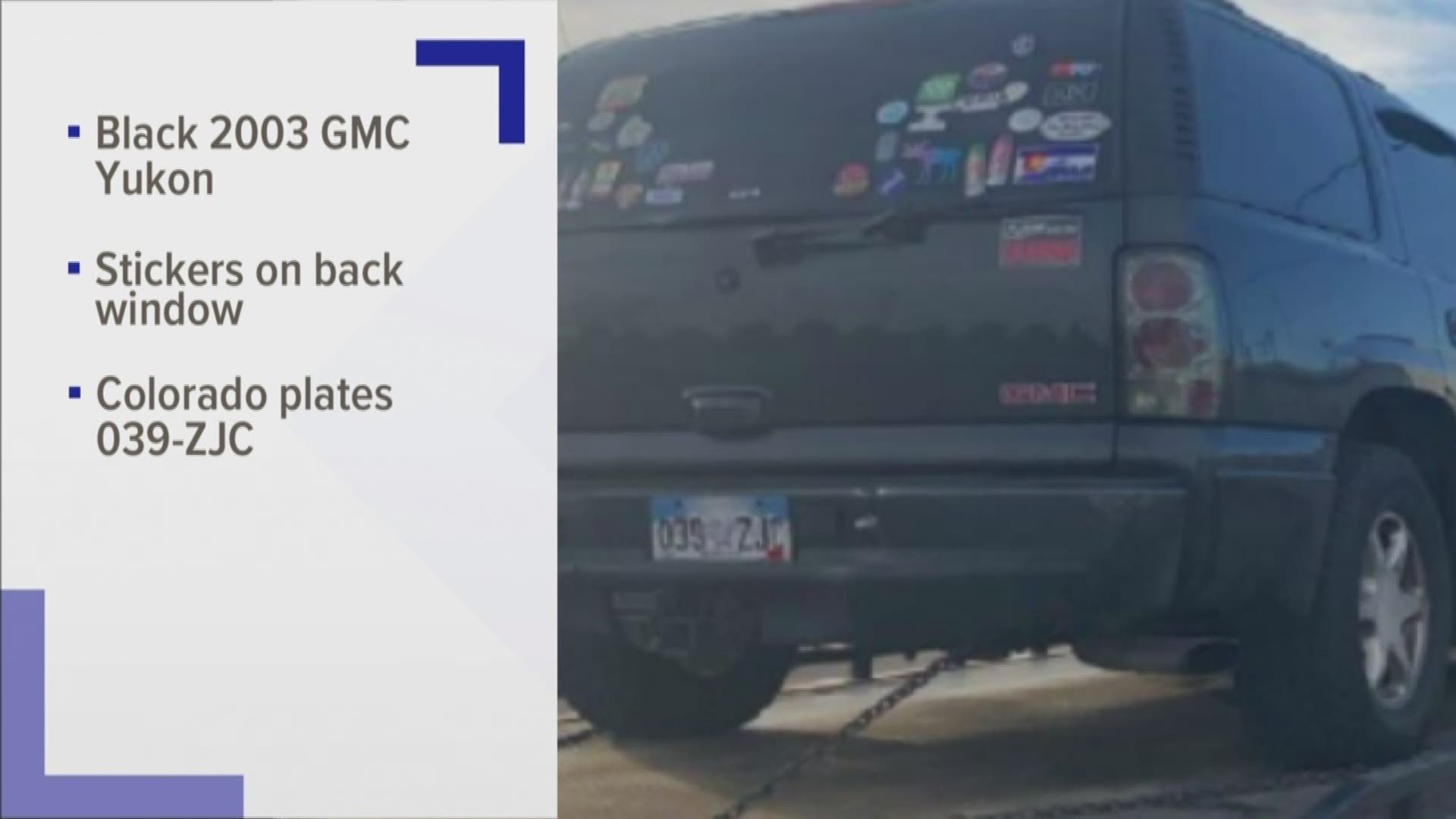 DENVER — Denver police are looking for the driver who hit a pedestrian in downtown Denver on Jan. 15 and left the scene of the crash.

The collision happened at 22nd and Curtis streets, according to the Denver Police Department (DPD).

The person hit may have suffered life-threatening injuries, according to police.

The vehicle they're looking for is described as a black 2003 GMC Yukon with Colorado plates 039 ZJC. Police said it there may be different, stolen license plates on the SUV now.

Anyone who sees the Yukon is asked to call 911 to report its location.

Denver Police Department : Traffic Operations
DPD Traffic Investigations is looking for a Black GMC Yukon that fle... d a serious injury crash near 22nd St & Curtis St where a pedestrian was struck. If you see this vehicle please call 911 to report the location.