Jean-Marquis Stewart, 22, died in a shooting near 19th and Blake streets on Aug. 22, according to Denver Police. 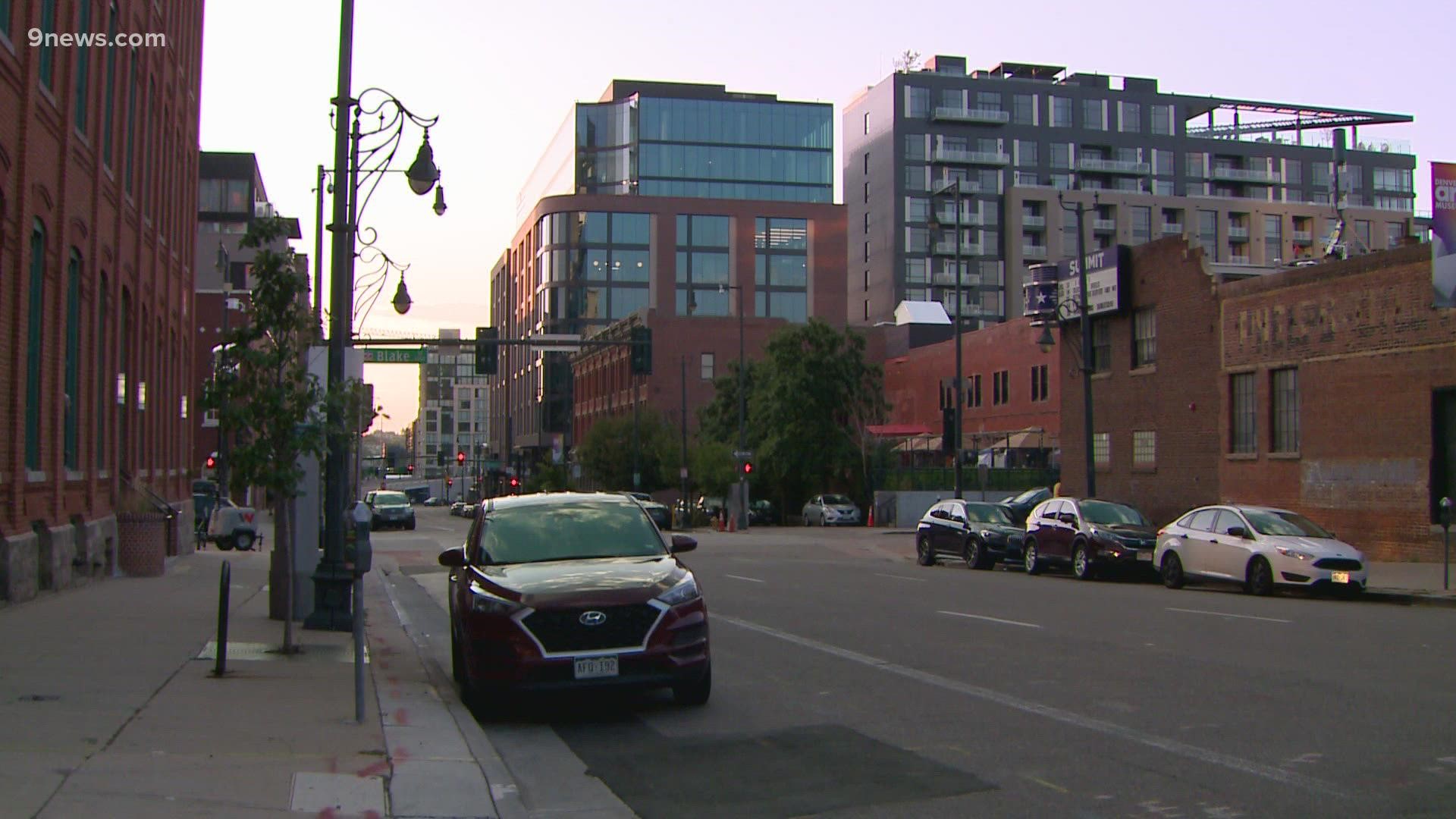 DENVER — Denver Police (DPD) released photos this week of several men seen in an area of LoDo where a man was fatally shot in the early morning hours of Aug. 22.

Around 1:43 a.m. that day, DPD officers responded to the corner of 19th and Blake streets for a report of a shooting. When they arrived, they found 22-year-old Jean-Marquis Stewart suffering from multiple gunshot wounds. He later died from his injuries.

>The video above aired on the day of the shooting.

DPD said there were a total of six victims. Two others had serious but non-life-threatening injuries, police said, and three others had minor injuries.

The people pictured below were seen on surveillance camera footage in the area of the shooting just prior to the shooting.

Credit: DPD
The people in the photo were seen in an area of LoDo just prior to a fatal shooting on Aug. 22, DPD said