A city official rejected an agreement with Pinkerton, which contracted Isborn Security. Matthew Dolloff, 30, is charged in the Oct. 10 fatal shooting of Lee Keltner. 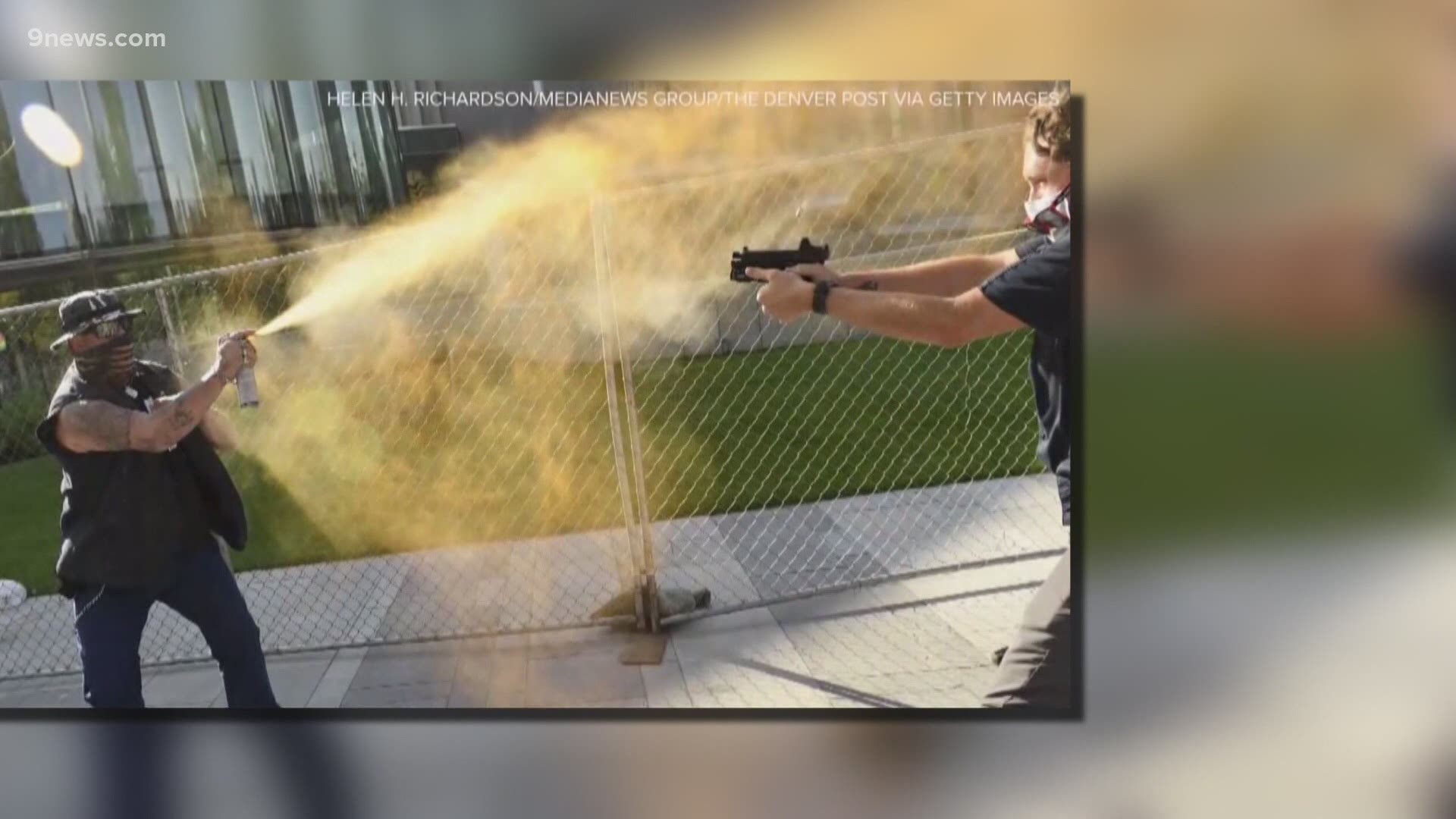 DENVER — The second security company that authorities said is involved in hiring an unlicensed security guard charged with second-degree murder following the fatal, Oct. 10 shooting of a man at dueling Denver rallies must appear before the Department of Excise and Licenses.

Pinkerton Consulting & Investigations will appear for their hearing on Feb. 3 at 9 a.m.

This decision comes after Isborn Security Services earlier this month agreed to surrender its license.

Denver's Dept. of Excise and Licenses on Nov. 4 issued a citation to the security firms. A spokesperson for the department said the agreement does not prevent Isborn Security from working in other municipalities in Colorado.

Matthew Dolloff, 30, was formally charged with second-degree murder on Oct. 19. His preliminary hearing has been scheduled for Jan. 8 at 1:30 p.m.

> The video above aired Oct. 16 and looks at who Matthew Dolloff was actually working for.

According to the probable cause (PC) statement released by the Denver Police Department, Keltner and another individual engaged in a "verbal dispute" and "both men yelled and postured" while walking with a group around 3:30 p.m. near the DAM during the rally. Witnesses told investigators they believed "the men may engage in a physical altercation," the PC statement says.

9NEWS management on Oct. 12 released the following statement about the incident: