The Adams and Broomfield Office of the Coroner has identified the woman killed in the crash as 51-year-old Kimberly Ambrose of Arvada. 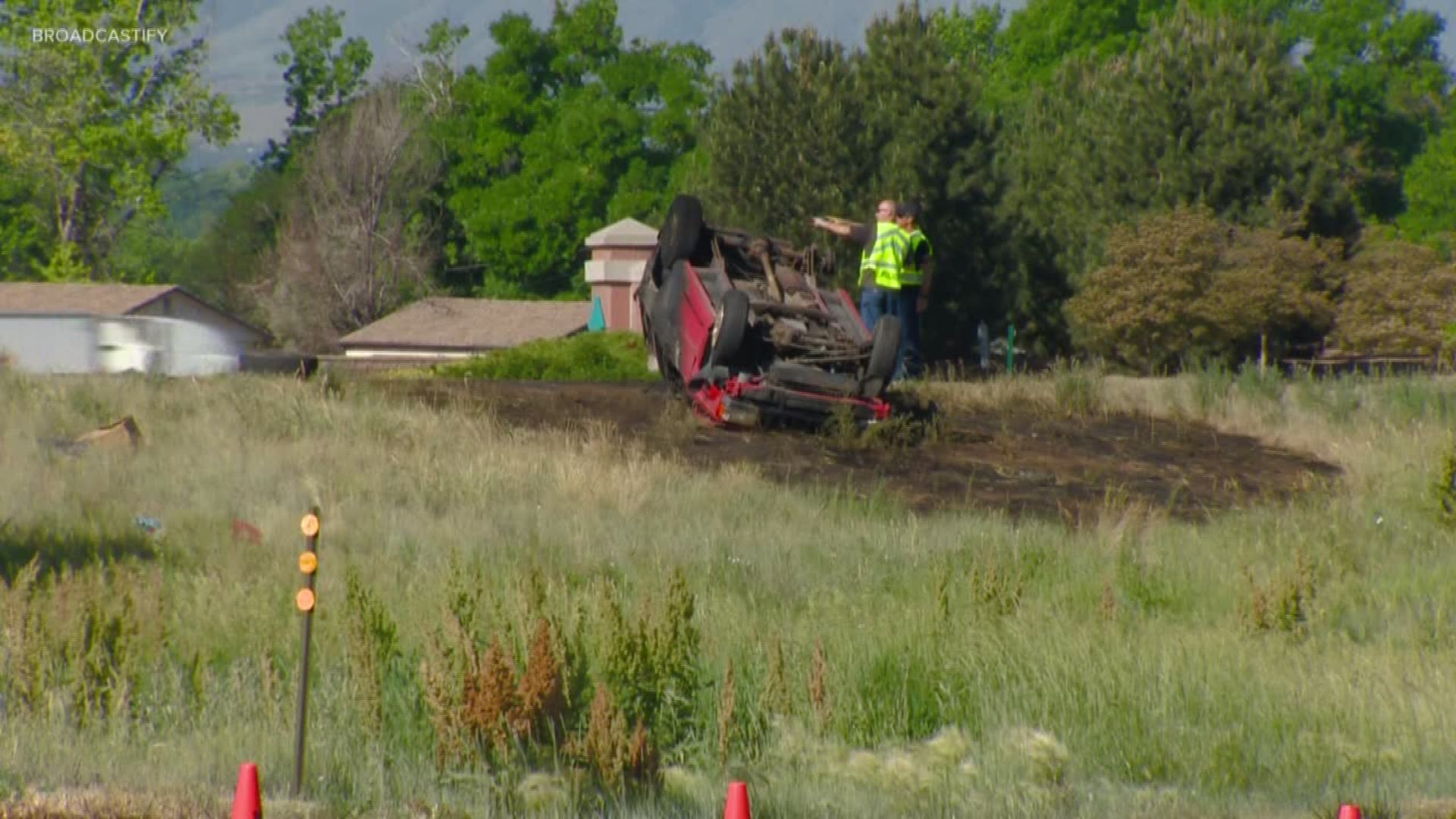 A local man is facing 18 charges related to an alleged crime spree through Westminster and Denver over the weekend that resulted in the death of a woman, the Westminster Police Department said.

The incident began Saturday when Westminster police got a call from a woman claiming to be the victim of a domestic violence incident. Police said she told them she was being assaulted and held against her will inside a car somewhere near 104th Avenue and Federal Boulevard.

When police later caught up to the vehicle, driven by 28-year-old Jimmy Lee Cordova, he fled. Westminster PD said they pursued the vehicle until they lost sight of him near East 84th Avenue and South Federal Boulevard.

A few minutes later, 911 dispatch got several calls saying Cordova crashed his car near the onramp of westbound Highway 36 from Federal, according to law enforcement.

The passenger in the car -- identified by the Adams and Broomfield Office of the Coroner as Kimberly Ambrose, 51, of Arvada -- died in the crash, Westminster PD said.

Cordova, uninjured enough to carjack another vehicle, did so and took off before crashing the stolen car near 91st Avenue and Sheridan Boulevard, according to police.

He was able, after the second crash, to get out of the vehicle and attempt to carjack more vehicles. He was unsuccessful, police said.

Cordova is facing a long list of charges including first-degree murder, second-degree kidnapping, false imprisonment, robbery, third-degree domestic violence assault, aggravated motor vehicle theft, driving under the influence of drugs, criminal attempt to commit class five or six felony, obstructing a police officer, resisting arrest, vehicular homicide/DUI resulting in death, vehicular eluding resulting in death to another, vehicular homicide/reckless driving resulting in death, obstruction of a telephone, drive vehicle under restraint - revoked, failed to remain at scene of an accident with death, failed to notify police of an accident, and, finally, failed to remain/return to scene as directed.

He was taken to a local hospital to be treated for injuries and has not yet been booked into jail.

Cordova has a long list of past charges, according to the Colorado Bureau of Investigation, beginning when he was just 18. Starting in 2008, he's faced charges of felony trespassing, liquor possession by a minor, bribery, felony fraud, criminal impersonation, several felony escape attempts, parole violation, several drug charges and weapons offenses.

His most recent arrest was on May 19, where he was charged with felony drug possession, felony violation of bail bond conditions, assault and theft, the CBI report said.