A youth pastor at a Parker church is accused of sexual assault on a child - and local police are asking for more potential victims to come forward. 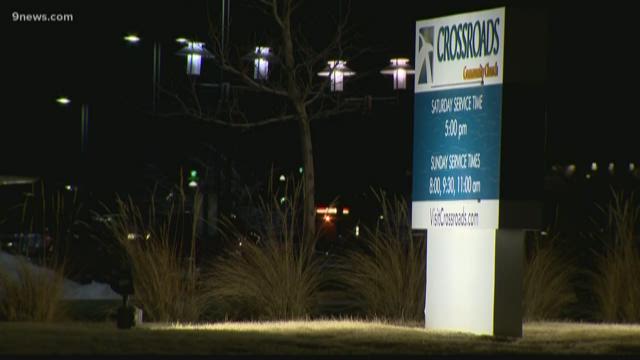 Denver Police arrested a former Parker church youth pastor and Denver Public Schools teacher on a charge of sexual assault on a child Tuesday and are asking any other victims to come forward.

Joshua Clemons, 35, was taken into custody by DPD on a single charge of sexual assault on a child by one in a position of trust. Since his arrest, two more identical charges were filed by the Parker Police Department.

Clemons was a pastor at Crossroads Community Church on Twenty Mile Road from 2006 to September 2015, according to the church. All three reported incidents are said to have happened while he was working at the church. All victims were members of the youth program led by Clemons.

He was also a teacher at International Academy of Denver At Harrington from August 2016 to December 2017. According to a letter from DPS, no students are believed to have been harmed.

Parker Police and DPD are asking for any witnesses or victims to come forward. Anyone with relevant information should call Parker Police Detective Wilson at 303-805-6561 as soon as possible.

"We would like to thank Crossroads Community Church for bringing this information to us and cooperating fully with this investigation," a news release from Parker Police reads. "It is through their cooperation that we were able to locate additional victims and present these charges to the Denver District Attorney's Office and the Office of the 18th Judicial District."

The church sent a letter home to all parishioners Tuesday afternoon. The letter, which was forwarded to 9NEWS, asks any members who may have more information about Clemons' alleged crimes to tell police.

It also says the allegations against him were first brought up to church staff on February 1 and that Crossroads Church immediately notified the authorities.

The letter also says Clemons resigned his duties citing stress in 2015. The following year, the church learned he'd started dating a former member of his youth group who had recently turned 18.

The teen's mother reached out to the church after learning Clemons allegedly applied for a position at another church, according to the letter from Crossroads. She told Crossroads leadership that she learned her daughter's relationship with him began while she was a minor.

She told the church she thought there were other victims.

"We have been praying for healing and restoration for any victims, known and unknown, and we ask our entire community to do the same," the letter goes on to say. In a news release to the media, Crossroads does not name Clemons - only calls him a "former youth pastor."

Clemons also reportedly taught at the International Academy of Denver, according to a letter sent home by Denver Public Schools.

The letter says Clemons resigned in December and that school administrators have no reason to think he harmed any of their students.

"Denver Police have confirmed they have no reason to believe any of these incidents involved our kids or occurred at our school," the letter reads. "As you may know, Mr. Clemons worked at International Academy of Denver at Harrington between August 2016 and December 2017, before resigning to take another position at another church."

Support staff will be on hand at the International Academy on Wednesday to offer counseling to any student that needs it, DPS says.

Clemons resigned on December 21 of last year, according to DPS spokesperson Will Jones. While his name and bio can still be found on the school's site, Jones says that's just because his information hasn't been taken down yet.