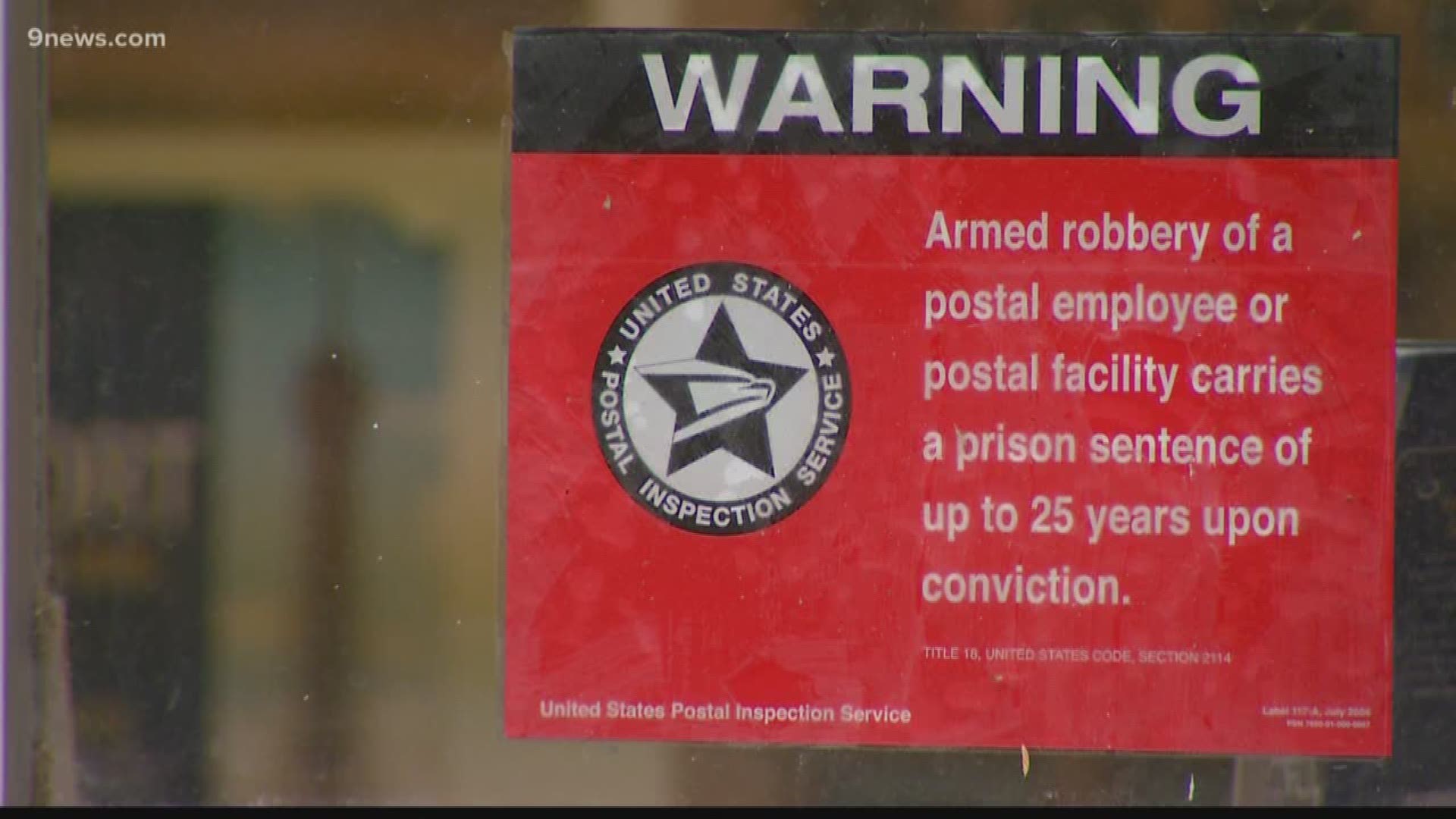 DENVER — A Denver man was sentenced Tuesday to nearly three years in federal prison after pleading guilty to multiple instances of mail theft that occurred around the Front Range in late 2018 and early 2019, the U.S Department of Justice announced.

The U.S. Postal Inspection Service (USPIS) received approximately 50 reports of break-ins at postal facilities that Snyder was believed to be responsible for.

Using personally identifiable information obtained from stolen mail, Snyder opened a series of bank accounts in the names and identities of his mail theft victims, which he then deposited stolen checks which he modified to be payable to him.

> The video above is from 2018 when the mail thefts occurred.

Postal Inspectors identified between $15,000 and $20,000 in fraudulent activity from multiple bank accounts.

In all, Snyder received a 34-month sentence which will be followed by five years of supervised release after he pleaded guilty in May to mail theft, bank fraud and aggravated identity theft charges.

”For months, Snyder preyed on victims who relied on the services of the USPS to securely transport their private information,” said Matt Kirsch, Acting US Attorney. “This sentencing is a victory for the citizens of Colorado who can trust that their mail is safe and secure.”