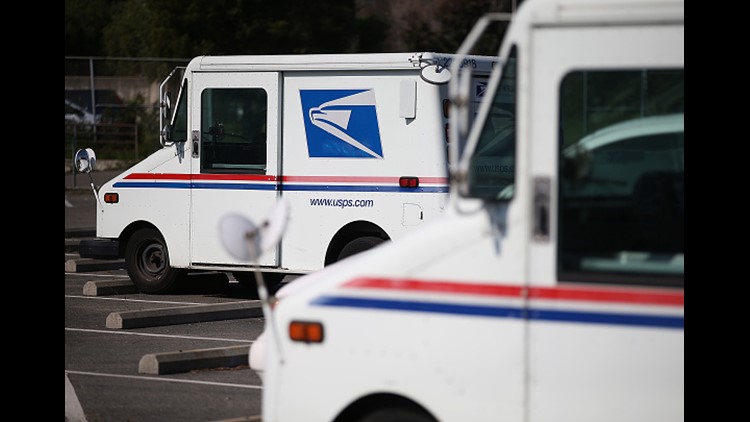 DENVER — The U.S. Postal Service (USPS) is asking for information from the public after a mail carrier was assaulted and robbed while delivering mail in Denver's Whittier neighborhood.

According to an email from USPS, a city carrier was assaulted by two males while at the rear of his vehicle at around 6:15 p.m. Monday near the intersection of Humboldt Street and 29th Avenue. One of the suspects punched the carrier and ran off with a tub of small parcels, USPS said. The other one attempted to take more packages but was unsuccessful, and he took off in the same direction as the other suspect, according to USPS.

The mail carrier was not seriously injured and refused medical assistance at the scene, according to the email.

He described the suspects as black males in their late teens to early 20s, and he said the first suspect was wearing a gray hoodie. They were last seen running northeast from 29th Avenue towards the alley between Humboldt and Franklin streets, the email said.

Delivery to the neighborhood was stopped that day but has since been restored, according to the email.

Postal inspectors are looking for anyone with information or surveillance footage from the area. Anyone who thinks they have information that could lead to the identification of the suspects or believes their mail was stolen during the incident is asked to call the USPS at 1-877-876-2455.

You can also report anonymous tips to Metro Denver Crime Stoppers at 720-913-7867. A cash reward may be available for information leading to the arrest and conviction of the suspects.