Broomfield PD said the incident that ended in a crash in Aurora turned out to be related to domestic violence. 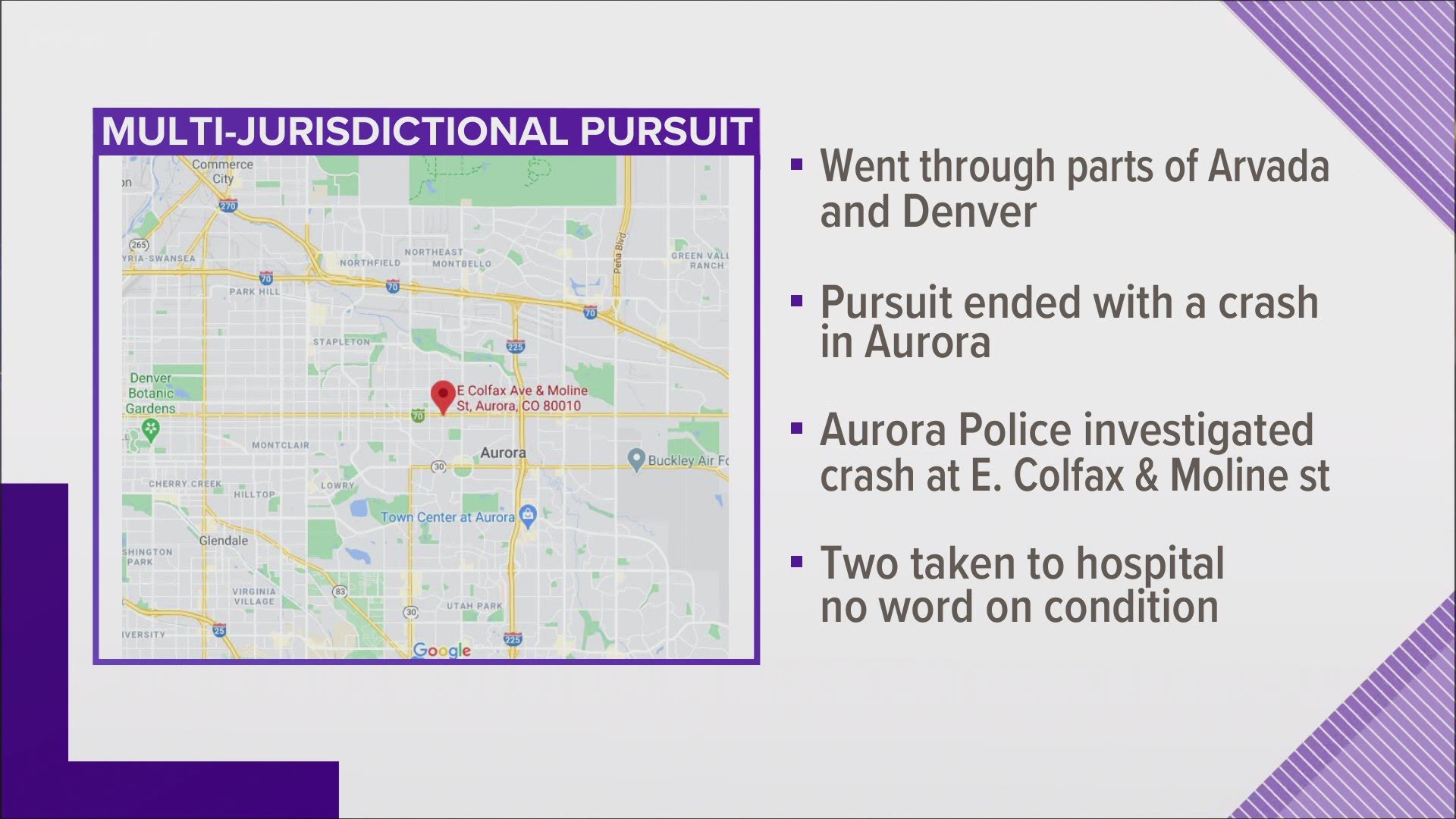 DENVER — A pursuit that started in Broomfield and ended with a crash in Aurora early Friday morning began after police said they thought a woman was being kidnapped, according to Broomfield Police Dept. (BPD) spokesperson.

The incident began at 8000 Uptown Ave. at 5:20 a.m. after witnesses said they heard a woman saying, "That hurts," or "Don't hurt me," as she was being forced into a vehicle, BPD said.

A sergeant in the area attempted to stop the vehicle, but it eluded and police pursued, BPD said.

The pursuit entered a part of Arvada and went through parts of Denver, police said. The suspect, identified as 24-year-old Iziah Boh, eventually crashed into some landscaping near East Colfax Avenue and Moline Street in Aurora, BPD said.

BPD said he was then arrested after attempting to run, and that both he and the victim were taken to the hospital but did not have serious injuries.

BPD said the incident was eventually determined to be domestic and not a kidnapping.

Boh was taken into custody on the following charges:

Aurora officers were not involved or authorized to be involved in a pursuit, a spokesperson for the Aurora Police Dept. (APD) said.