Stacy Galbraith is an investigator in Jefferson County. 8 years ago she was one of the detectives who helped put serial rapist Marc O'Leary behind bars. 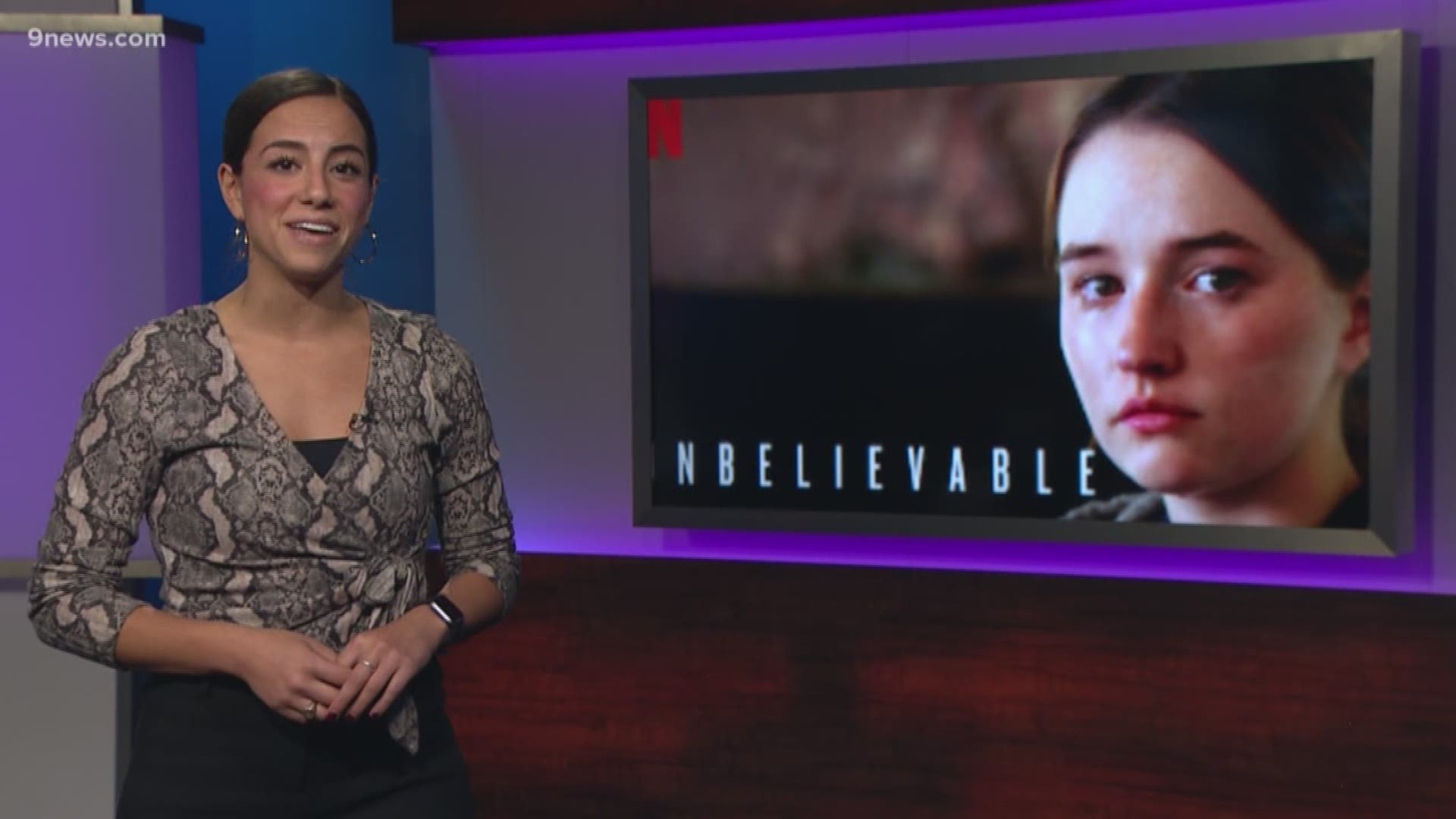 GOLDEN, Colo. — The story of a serial rapist in suburban Denver has been talked about, written about, and now, it's a Netflix TV series.

On Dec. 9, 2011, Army veteran Marc O'Leary pleaded guilty to 28 counts of rape at the Jefferson County Courthouse. He was sentenced to the maximum 327.5 years in prison where he remains today.

Eight years later, the story is back in the headlines thanks to a new Netflix series based on the case called, "Unbelievable."

Her name on the Netflix original series is Detective Karen Duvall but her real name is Stacy Galbraith. In 2011, Galbraith was the one knocking on O'Leary's door with a search warrant and handcuffs.

Galbraith was a detective with the Golden Police Department, and O'Leary's 2011 sexual assault in Golden was her case. Galbraith's dedication and hard work helped connect her victim's case in Golden to three similar rapes across Denver suburbs. From Aurora to Lakewood to Westminster, Galbraith worked with other law enforcement agencies to connect the cases that led them to O'Leary.

Today she's a criminal investigator working for the Jefferson County District Attorney's Office. But even after eight years, Galbraith said the O'Leary case sticks with her.

9NEWS sat down with Galbraith to talk about the case.

9NEWS: After all your years in law enforcement, there must be a handful of cases that stick with you. Is this one of those for you?

Galbraith: I think it’ll always be one. To know that someone so normal looking... I mean, he doesn’t look like the creepy guy in the white van hiding in the bushes that’s got four eyes, you know what I mean? He’s just a normal guy. I mean, it’s disheartening.

It’s scary to realize that there are people like him out there. It’s scary for me so I’ll hold it and I know a lot of the team that I worked with on this, everybody holds it a little differently.

Can you remember what happened the day you were called to the case in Golden?

Galbraith: It seems like a majority of sex assault cases come in at night, after hours. For some reason that’s just the history of them as far as my experience is concerned. But this one – I think we got the call at noon or 1 o’clock in the afternoon. Daylight. We had all the investigators in the office, full patrol team. We had more resources.

So, we pull up and the Golden victim was standing outside ready to tell her story.

In the Netflix miniseries, it highlights the different ways each victim responds to her attack. What was your mindset about that in Golden?

Galbraith: This case, it just so brings to light that victims of crimes, especially something as intimate as a sex assault, they all react differently. They're telling you their story. They don't even talk about their most recent consensual sexual encounter much less something so heinous and violent and not consensual. They don't report all the same.

We can't shut down. We can't just decide too prematurely this person's not telling the truth because of this, this and that. We have to completely vet the information and work all angles of it.

Have you ever worked on a case like the one she was describing to you that day?

Galbraith: I had not. I mean, multiple sex assaults but not this. This is different in that this was truly a stranger attack. Most of your sex assaults, the victim can direct you on where to go to find the perpetrator. So you know who to go talk to and where to find them. You can do a bunch of workup.

We had all this information about a complete stranger. So it just added another layer to the investigation.

What made you decide you had to find this guy?

Galbraith: Well, I didn’t decide. It’s just what you do. It’s my job. Patrol has to keep moving, going back to their constant stuff. In investigations, you get a case and it sticks with you until you solve it or it becomes irrelevant. A sex assault of this nature doesn’t usually go into that pile for a long period of time.

So, it wasn't that I decided it's just what you do.

Fast-forward to February 13, 2011 and you were the one knocking on O'Leary's door with a search warrant. Why did you want to be the one to arrest him?

Galbraith: We like to think that a perpetrator only attacks one type of person but in this case that didn’t apply. The victim who I interviewed in Golden was so different. They were all different, but she gave so much information. I felt like I had to have immediate, first presence with him [O'Leary] to feel him. I know that’s weird but I wanted to see if I could feel what that victim felt. And when I saw him, I felt it. I saw his eyes. I saw everything that she said.

What was going through your mind when you knew you had him?

When O'Leary was arrested, he started talking. What was that like to hear him admit to what he'd done?

Galbraith: I didn’t sleep that night. And these things don’t usually affect me so much. He was able to just give graphic details of every single one of the Colorado cases.

What's it like having all of this come up again after eight years?

Galbraith: I’m glad, you know? Edna [Westminster Detective Edna Hendershot] and I still go around once or twice a year if we get a request for a law enforcement conference. We present a case study to other law enforcement so that they can learn. It's not anything that they don't already know, it's just encouraging them to take the time and the patience and the commitment to work your scenes like you're trained.

How do you feel about your role in the case after all these years?

Galbraith: I feel blessed. I feel like for some reason that day – I’m not even sure if I was the on-call detective so had it come in at night, I probably wouldn’t have been on it. And maybe another detective would have had it solved that night, I don’t know. But I feel blessed that for whatever reason I got to put my mind to it, my heart to it, my experience to it. My dedication to it.