Due to all of the "red flags" in Riehl's Wyoming case, police reached out to authorities on the Front Range. 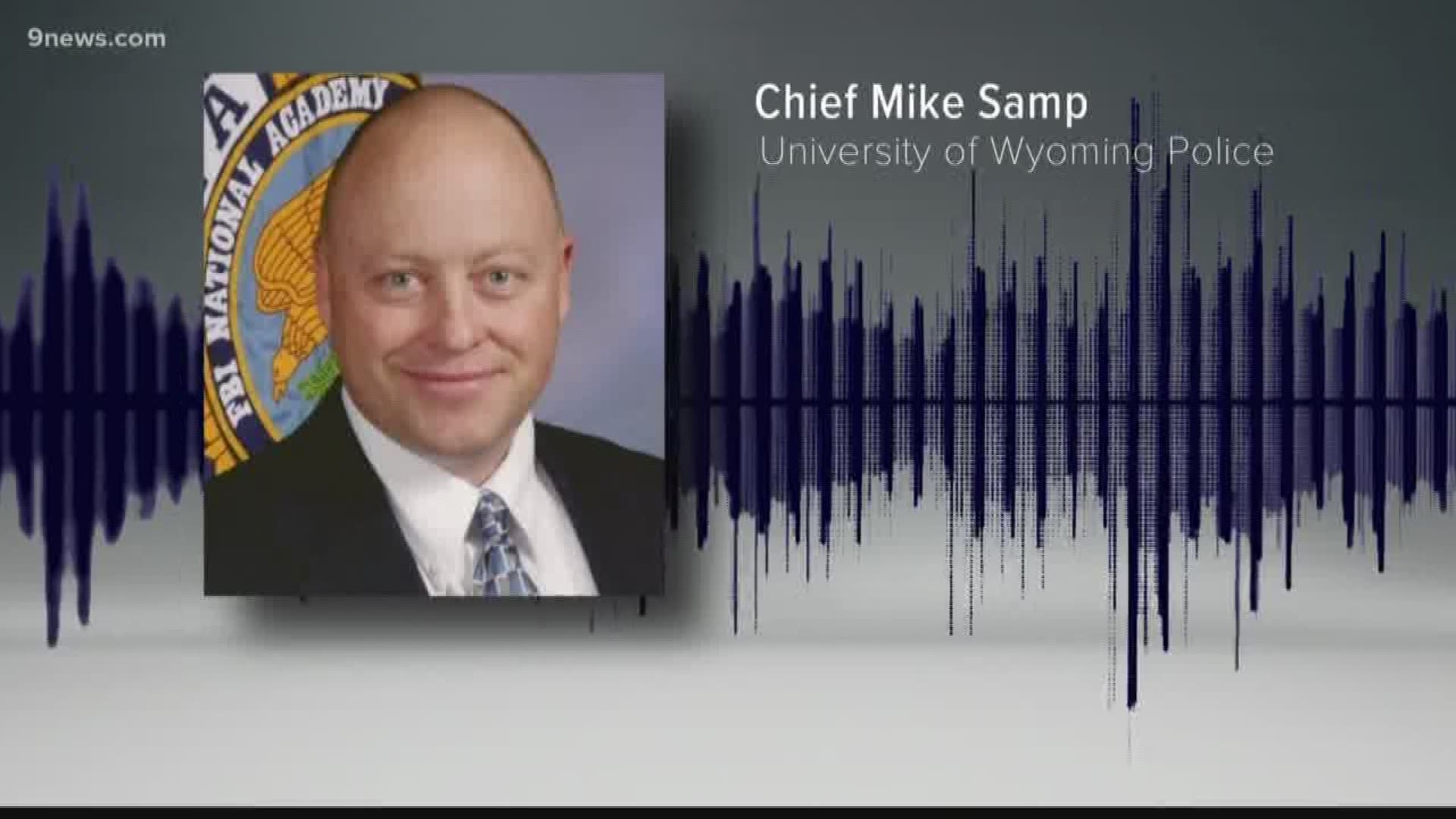 The man police believe opened fire on several Douglas County deputies, killing one and wounding six other people, had made threats to the University of Wyoming, which led police there to reach out to Colorado authorities in 2017.

In October 2017, University of Wyoming Police began investigating Riehl for threats against the school's college of law, but because his threats weren't directed at a specific person, Wyoming police were unable to make any arrests.

They did, however, reach out to law enforcement in Colorado when they learned Riehl was living along the Front Range.

Matthew Riehl, a veteran, is the man who fired at DougCo deputies, killing one and four others

Police first received complaints of vulgar postings on Facebook by Riehl on Oct. 30, 2017, Chief of Police for the University of Wyoming, Michael Samp, told 9NEWS by phone Monday.

The posts were possibly defamatory to college of law professors, including the former dean of the law school, Samp said.

Police in Wyoming said all the threats were "veiled" and therefore not actionable under Wyoming State Law.

After the church shooting outside of San Antonio in November, Wyoming police say Riehl posted photos from outside the law school.

While there was no direct threat, he was “certainly implying harm to faculty, students or staff at the University of Wyoming," Samp said by phone.

As a result of these threats, university police posted a uniformed officer at the law school during regular business hours and for special events.

The officer was stationed there until police were able to find out where Riehl was living, which they determined was Colorado as of Nov. 12, 2017.

Due to all of the "red flags" in Riehl's Wyoming case, police reached out to authorities on the Front Range.

On Nov. 21, 2017, UW Police heard back from Lone Tree Police saying they had made contact with Riehl via a traffic stop.

Lone Tree Police told Wyoming police that Riehl “did not appear to be a danger to himself or others at that time.”

When e-mailed Sunday evening, The University of Wyoming released the following statement:

The University of Wyoming for several months has been investigating social media posts mentioning the UW College of Law by Matthew Riehl.

UW is cooperating with Colorado law enforcement agencies and defers to those agencies regarding this open investigation.

The university expresses its deepest condolences to the family of the officer who was slain, as well as to all other victims and their families.