Richard Holzer, 28, made plans to blow up the Temple Emanuel synagogue, according to the Department of Justice. 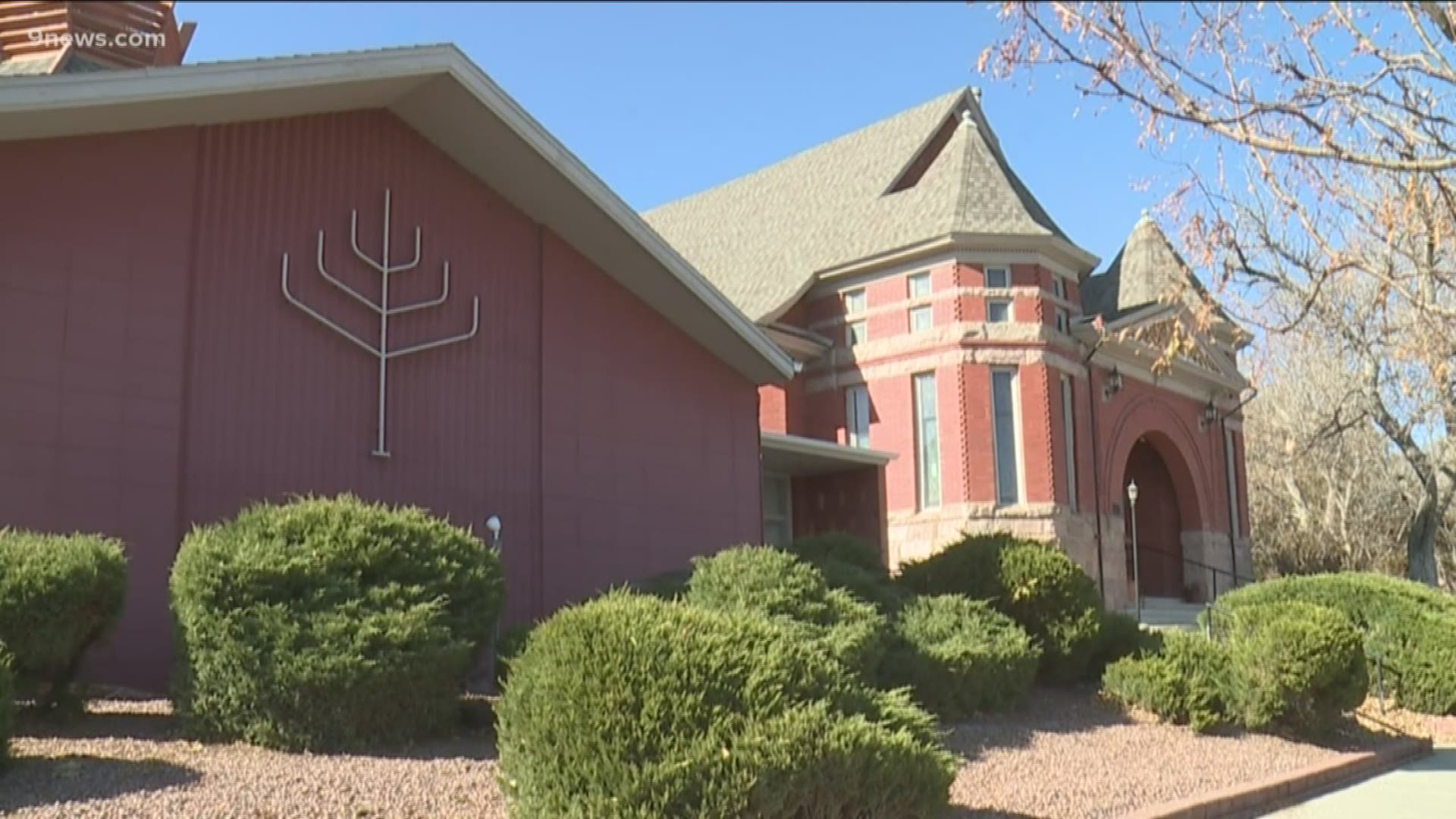 DENVER — A man who plotted to blow up a synagogue in Pueblo in 2019 has been sentenced to more than 19 years in prison, according to a release from the U.S. Department of Justice (DOJ).

The release said Richard Holzer, 28, was sentenced Friday to 235 months in federal prison followed by 15 years of supervised release.

He had pleaded guilty to federal hate crime and explosives charges for plotting to blow up the Temple Emanuel synagogue, conduct the DOJ said constituted acts of domestic terrorism.

The release said Holzer told undercover FBI agents that he wanted the bombing to send a message to Jewish people that they must leave Pueblo, "otherwise people will die."

The DOJ said Holzer pleaded guilty to intentionally attempting to obstruct persons in the enjoyment of their free exercise of religious beliefs, through force and the attempted use of explosives and fire, and to attempting to maliciously damage and destroy, by means of fire and explosives, a building used in interstate commerce.

“Today’s sentence is another step forward in our on-going fight against extremism,” U.S. Attorney Jason Dunn said.  “About two-and-a-half years ago, my first day as U.S. Attorney took me to a vigil for victims from the Pittsburgh Tree of Life Synagogue attack. Today, my last day in the office, we have sentenced the extremist responsible for the attempted bombing of the Temple Emanuel Synagogue in Pueblo. We must remain ever vigilant in this battle and I am confident the Department will continue to lead this fight.”

RELATED: US Attorney for Colorado Jason Dunn announces his resignation

“The Department has combatted hate-based violent extremism and domestic terrorism since our inception,” said Acting Deputy Attorney General John Carlin. “Today there is no higher priority. This sentencing serves as a reminder that these crimes will not be tolerated, and we will hold the individuals who engage in them fully accountable. From our Civil Rights Division, our National Security Division, and the FBI, to the Office for Victims of Crime and our Community Relations Service, the Department of Justice will use every tool at its disposal to identify, disrupt, deter, and prevent hate-based, extremist threats to members of the American public.”

“Protecting our communities from terrorism, both domestic and international, is a top priority for the FBI," FBI Denver Special Agent in Charge Michael Schneider said. "Mr. Holzer targeted a place of worship for violence and destruction to drive people of the Jewish faith from our community. Today’s sentence demonstrates the commitment by the FBI and our law enforcement partners to ensure that if a crime is motivated by bias against a religion or any other federally protected status, it will be aggressively investigated, and the perpetrators held responsible for their actions. We are grateful for the collaborative efforts of the FBI’s Southern Colorado Joint Terrorism Task Force, Pueblo County Sheriff’s Office, Pueblo Police Department, and the U.S. Attorney’s Office to hold Mr. Holzer accountable for plotting violent acts of hate.”

"Today's sentencing brings some closure to an incident that caused pain and fear in Pueblo's Jewish community, as well as alarm and concern for all Jews in Colorado and across the country. It is especially important that Richard Holzer was convicted and charged for a federal hate crime. Antisemitism is on the rise in Colorado and across the country. Today's sentencing sends a strong and clear message that hate and violence targeted at people because of their religion, race, national origin, sexual orientation or any other defining characteristic will not be tolerated.

"We extend gratitude to the Pueblo Police Department, Pueblo County Sheriff’s Office, FBI and the United States Attorney’s Office for the District of Colorado for their tireless efforts on this case. We also recognize and commend the leaders and members of Temple Emanuel Synagogue for their strength and resilience."

The release said Holzer identifies as a Neo-Nazi and white supremacist and admitted that he planned to destroy Temple Emanuel, which is listed on the National Register of Historic Places.

According to the release, Holzer declared the planned bombing was "a move for our race," and was the result of years of Holzer consuming and promoting white supremacist ideology.

Holzer regularly used social media to glorify violence and advocate for white supremacy, the release said. After an undercover FBI employee contacted Holzer, according to the release, he sent pictures of himself holding automatic weapons and said he was "getting ready for RAHOWA," shorthand for a racial holy war.

The release said Holzer talked to associates for months about attacking Temple Emanuel and visited the synagogue to observe Jewish congregants.

The release said on the evening of Nov. 1, 2019, Holzer met with undercover agents who provided him with non-functioning explosive devices fabricated by the FBI, including two pipe bombs and 14 sticks of dynamite.

Holzer removed a copy of Adolph Hitler's manifesto "Mein Kampf" from his bag and told the agents that the explosives looked "absolutely gorgeous," the release said. He admitted he planned to detonate the explosives hours later, in the early hours of Saturday, Nov. 2, according to the release.

After his arrest, the release said, Holzer explained that "[t]he event planned for tonight would define me as a person who would die for his people."

The release said the actions Holzer admitted in the plea agreement meet the federal definition of domestic terrorism because they involved criminal acts dangerous to human life that were intended to intimidate or coerce a civilian population.

Click here for more information about the DOJ's efforts to combat hate crimes.