Robert Gieswein assaulted and intimidated officers with a spray canister, a temporary barrier and a baseball bat, an affidavit says. 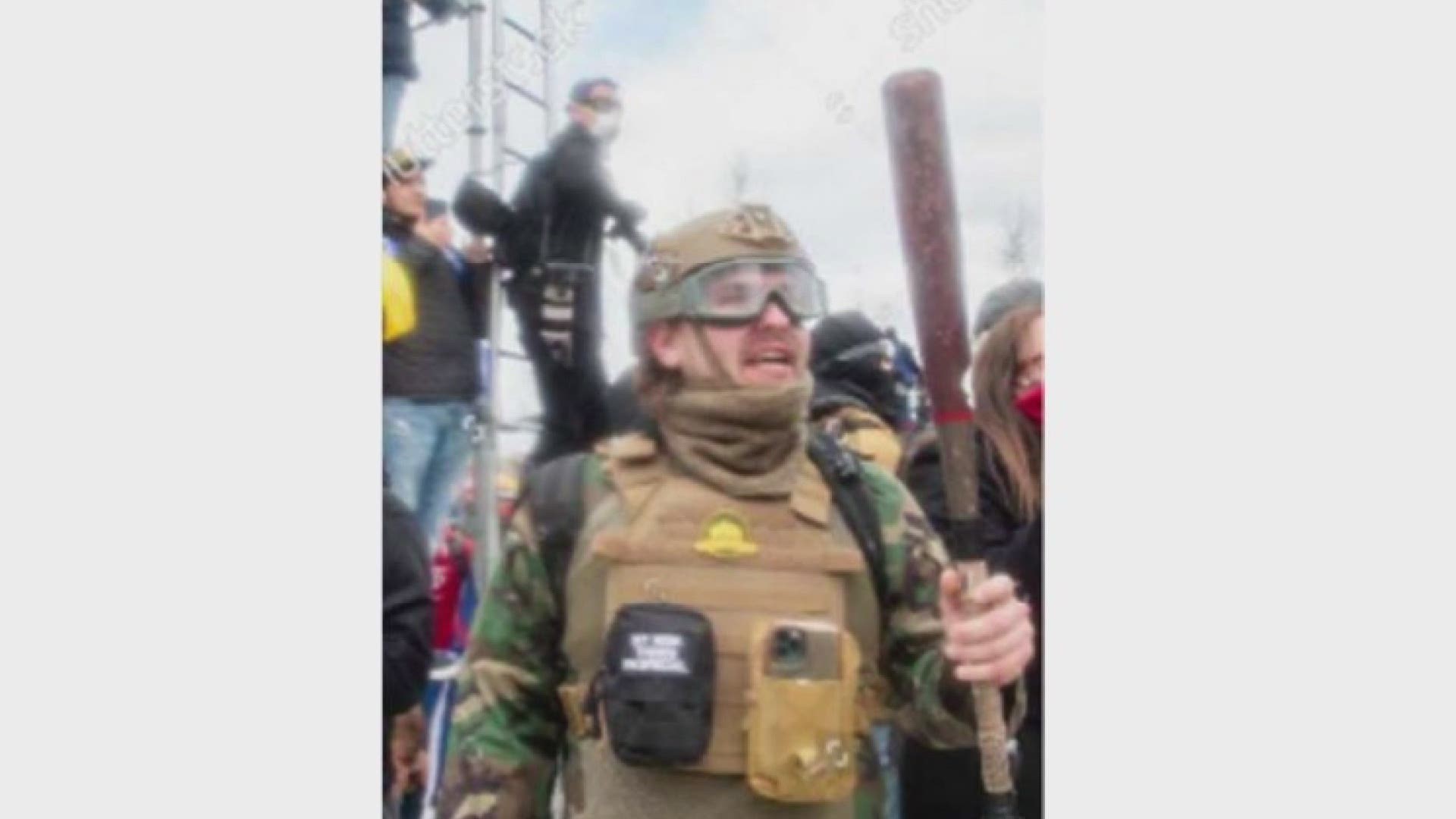 DENVER — A federal grand jury returned a six-count indictment against 24-year-old Robert Gieswein who is accused of taking part in the failed insurrection at the U.S. Capitol on Jan. 6.

The Woodland Park man, who turned himself into Teller County authorities on Jan. 18, is charged with the following counts:

He appeared in federal court in Denver Friday, where he waived his rights to a preliminary hearing. The judge signed a commitment order to move Geiswein to the District of Columbia, where the alleged crimes occurred.

> The video above features prior coverage about Robert Gieswein.

Gieswein appeared in federal court last week in Denver virtually where a judge ordered he remain in custody while the case against him moves forward.

According to an affidavit, Gieswein assaulted and intimidated U.S. Capitol Police officers with a spray canister, a temporary barrier and a baseball bat, joined and encouraged a crowd of people who forcibly entered the Capitol, impeded, disrupted and disturbed the orderly conduct of business by the U.S. House and Senate, and obstructed, impeded and interfered with a law enforcement officer carrying out their duties at the Capitol.

RELATED: Woodland Park man turns himself in, faces charges in connection with insurrection at US Capitol

According to the affidavit, Gieswein appears to be affiliated with the radical militia group known as the Three Percenters, which advocates for the resistance to the federal government policies it considers to infringe on personal, local and gun ownership rights.

Gieswein has posted multiple pictures on his Facebook page in which he flashes hand signs used by the group while posing in front of the group's flag and wearing the group's logo, the affidavit says.

The affidavit says Gieswein is believed to run a private paramilitary training group he calls the Woodland Wild Dogs. A patch for the group was seen on Gieswein when he participated in the insurrection, according to the affidavit.

He was identified in images and videos from the insurrection that show him outside and inside the Capitol, according to the affidavit.

Gieswein could be heard sobbing at the end of his hearing last week.

Two other Colorado men who are also facing charges related to the riot have been released. Klete Keller, a former Olympic swimmer and Patrick Montgomery are facing charges for entering into a restricted area.

Another Colorado man, 51-year-old Jeffrey Sabol, remains in custody in New York. He's accused of dragging a Capitol police officer down a set of stairs and then holding a baton over his body, court documents say.