He was released Thursday afternoon on bond. 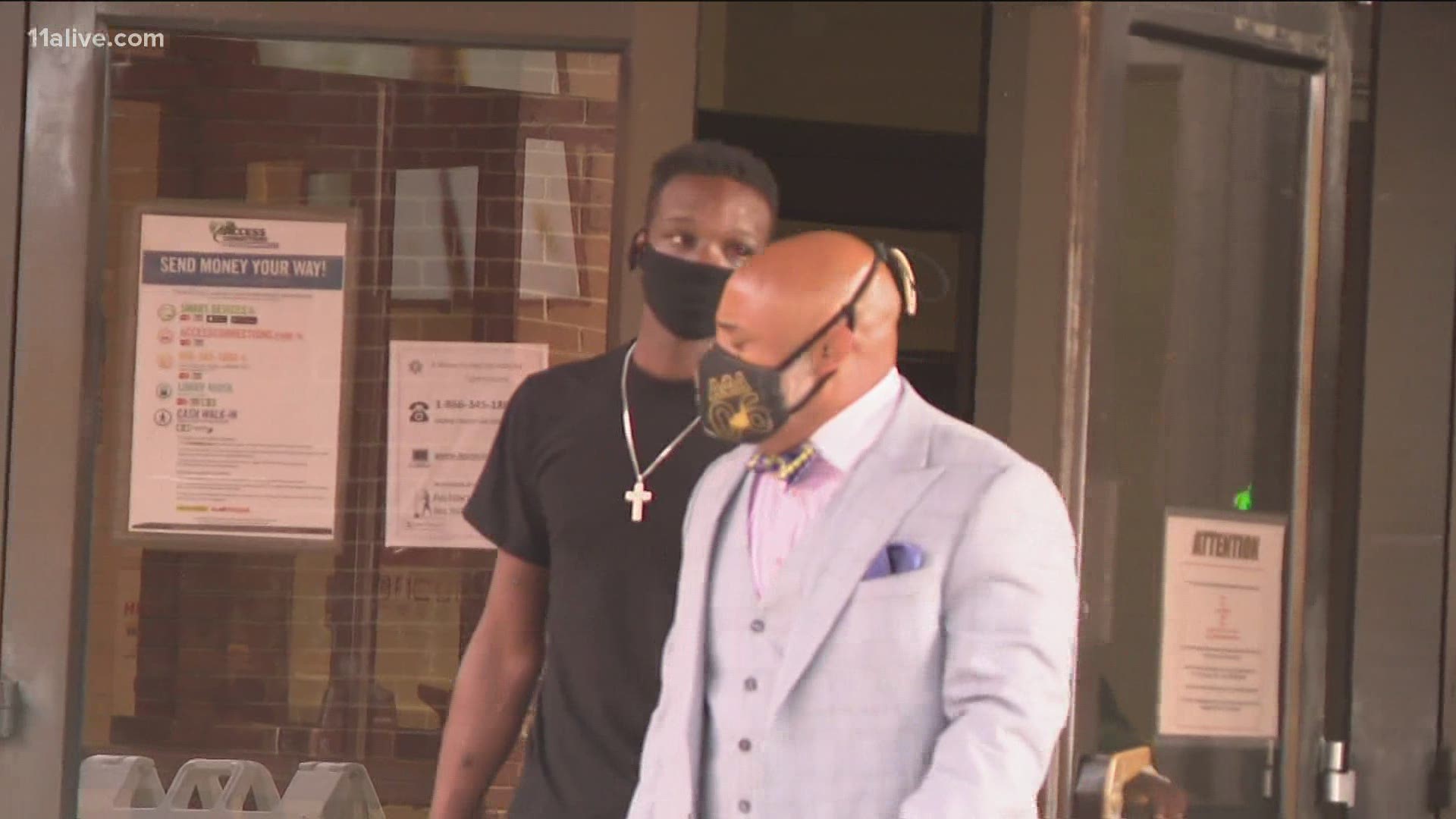 ATLANTA — Roderick Walker, who was beaten during an arrest that was caught on video in Clayton County, has been released from Fulton County Jail after being granted a signature bond.

His lawyers had sought an emergency bond in order to get Walker further medical treatment for what they said were complications arising out of the Sept. 11 arrest.

The Fulton County Sheriff's Office confirmed the bond had been granted by a judge. Thursday, our crews were at the jail and spotted Walker being released. He will now have to wear an ankle monitor.

His attorney, Torris Butterfield, said he wants to get Walker medical treatment.

"He suffered numerous injuries if you watched the video," Butterfield said. "So right now, we are going to set him up with a neurologist."

11Alive's Joe Henke reported earlier this week that Walker's attorney said his client lost a lot of blood in the arrest, and is now battling constant headaches, struggling to see out of his left eye, and possibly has tweaked a previous injury.

Walker had earlier been granted an expedited bond hearing for next Tuesday.

One deputy has been fired in the incident. The Clayton County Sheriff's Office identified that deputy on Thursday as Brandon Myers.

Myers could be seen in the video punching Walker in his midsection and around his head during the arrest while another deputy, Dekota Riddick, pinned him down and kept him in a hold around his neck.

Walker had already been released from Clayton County Jail, but was transferred to Fulton County on alleged probation violation charges, including allegedly possessing a firearm by a convicted felon and first-degree cruelty to children.

The incident report released Thursday along with the deputies' identities, said that Walker "stated to deputies on scene that he has an outstanding warrant for his arrest and that is why he ran and fought" during the arrest.

That report confirmed the incident started with a deputy pulling over a car, in which Walker was a passenger, with a broken taillight. It escalated when deputies asked Walker for an ID and he did not want to produce one.

There were allegations in the incident report that Walker resisted being arrested.

On Thursday, 11Alive asked his attorney about what was in the report. He said he couldn't address that at this time.

"We have not been provided any copy of any police report," he said. "As recently as today, I went to go get a report from Clayton County, so we don't have it.

While Walker has been released from Clayton County Jail, battery and felony obstruction charges stemming from the arrest have not been dropped. Butterfield said previously that he hopes "they do the right thing" and drop those charges.