Sam Mandez, convicted of murder as a juvenile, resentenced to 30 years

In 1996, Mandez, now 41, was sentenced to automatic life in prison without the possibility of parole for the murder charge -- he was 14 at the time. 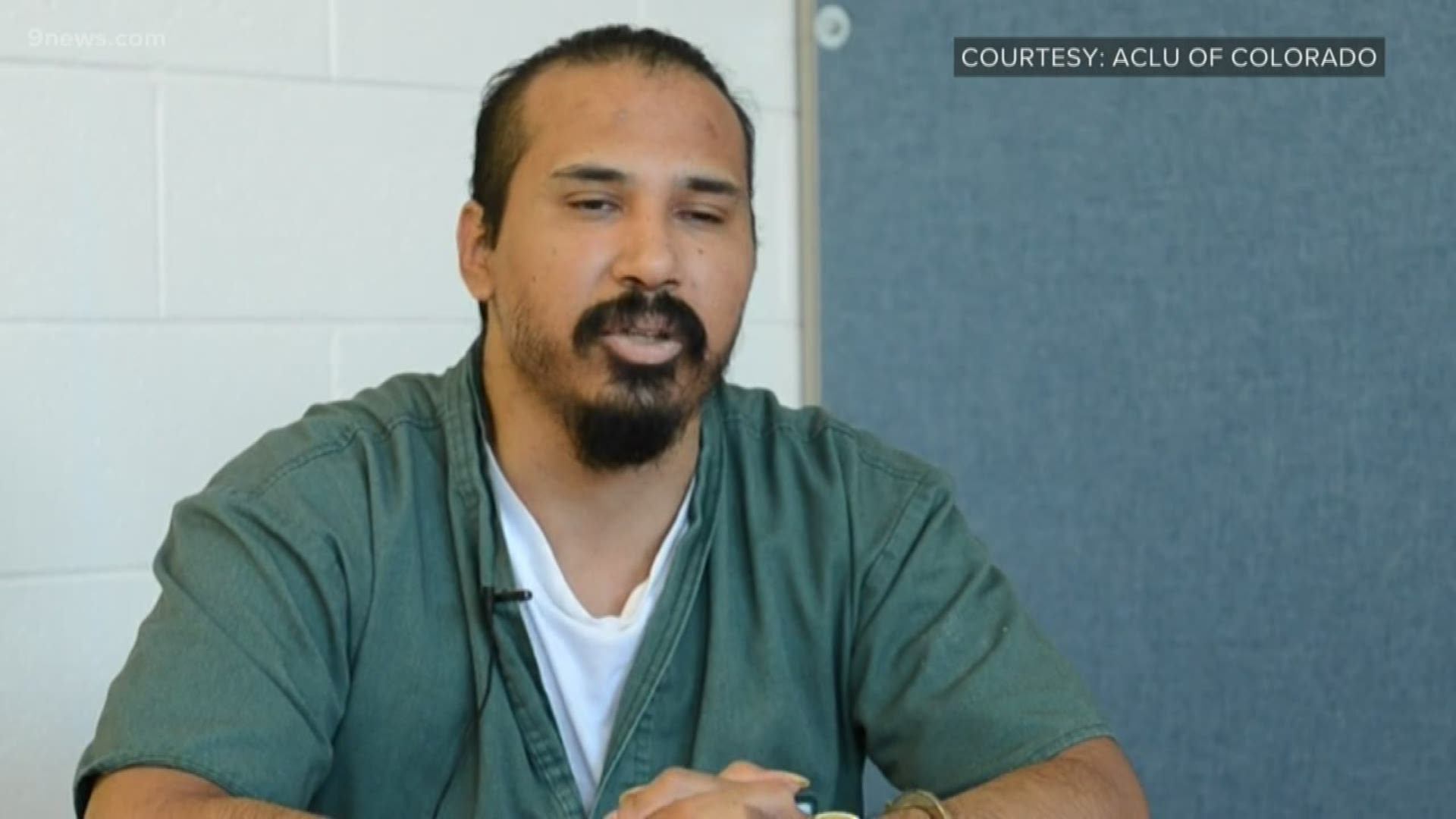 WELD COUNTY, Colo. — Sam Mandez, a Colorado man who as a juvenile was sentenced to life in prison without parole for a murder charge, was resentenced Thursday to 30 years in prison, according to the Weld County District Attorney's office.

In 1996, Mandez, now 41, was sentenced to automatic life in prison without the possibility of parole for the murder charge following his involvement in a 1992 robbery that led to a woman's death -- he was 14 at the time, according to his attorney Nicole Mooney.

Frida Winter was murdered in her Greeley home on July 26, 1992, Mooney said.

The crime, however, went unsolved for years until police caught a break in the case four years later, when the fingerprints they found in Winter's home finally had a match in a police database — Mandez, who had just turned 18, according to his attorney.

Mandez admitted to breaking the window and acting as a lookout while two other boys went into Winter's home, Mooney said, adding that he said it was a burglary gone wrong.

Mandez was tried as an adult under Colorado's felony-murder rule, a conviction that then required either the death penalty or a life sentence without the possibility of parole.

Mandez went to prison and was promptly placed into solitary confinement, or "administrative segregation," for petty institutional offenses, according to his attorney.

Colorado prison officials in 1998 put Mandez away, in lockdown, where he remained for much of the next 17 years, according to Mooney. Because of the confinement, he became severely mentally ill, according to the ACLU. And his illness caused him to act out, continuing his placement in solitary confinement.

The ACLU of Colorado produced a video about Mandez. In the video, Mandez said he spent 23 hours out of the day in his cell, and recreation was a small room with a pullup bar. Between 2008 and 2010, Mandez's requests for psychiatric care were denied several times, and in 2010, he attempted suicide, according to the video.

In 2012, Mandez was moved to a residential treatment program, the video says, but he was still in solitary confinement for most of his day.

The DOC said they did away with solitary confinement in 2017.

"Our department does not support or condone the use of extended solitary confinement, and our policies and practices have changed substantially over the last 8 years, beginning under the leadership of the late Tom Clements," Annie Skinner, spokeswoman for the DOC said in a statement Thursday. "In 2017 the department officially eliminated extended restrictive housing from our policies, and we have evolved our practices in order to continue to manage offenders who pose a safety risk to the facility without using solitary confinement. As a department, we are always looking for ways to improve our practices and remain committed to providing a safe and healthy environment for all of our offenders and staff members."

In 2012, the U.S. Supreme Court decided it was unconstitutional to sentence juveniles to life in prison without parole.

Now, thousands of inmates across the country are being resentenced as a result of the decision -- some have been in prison for more than 50 years.

RELATED: New sentence for murderer ordered to stay in prison for life without parole

RELATED: Man who killed woman when he was a teen is resentenced

Judge Julie Hoskins resentenced Mandez, a Greeley native, to 30 years in prison. He's already served more than 20 years. The Weld County DA's office does not have an exact release date yet, but Mandez is expected to be released in the next few years.

Westword reported Thursday that Hoskins noted Mandez's "incredible capacity for change" and cited his extensive time spent in a seven-by-thirteen-foot solitary confinement cell as a mitigating factor in the resentencing.

Mandez now has a job in prison and plans on restarting his life when he is released.