Man charged in Aurora protest shooting on I-225 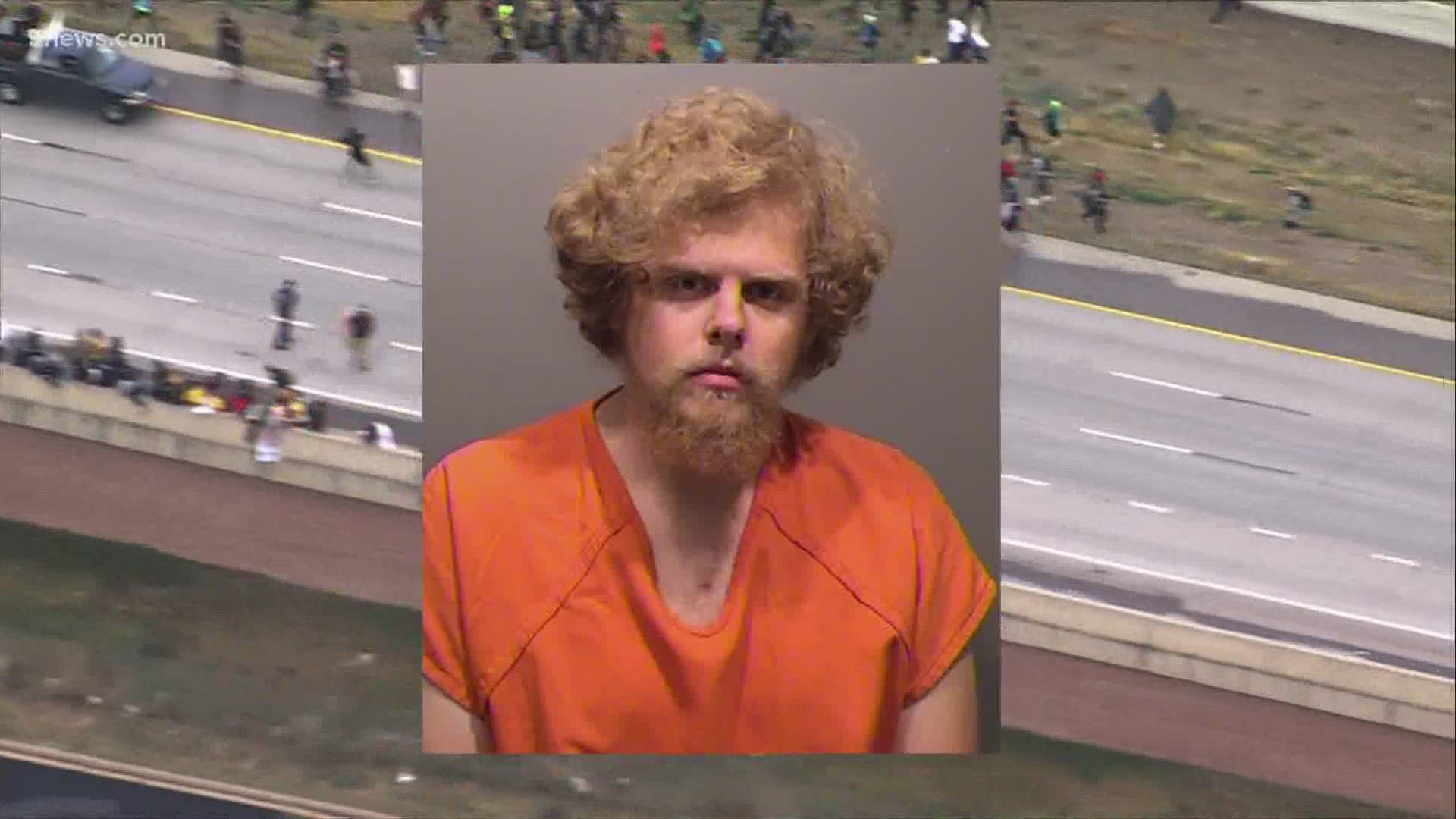 ARAPAHOE COUNTY, Colo — The 18th Judicial District Attorney's Office has filed charges against the man accused of shooting two people during a protest on Interstate 225 near Alameda Avenue in Aurora last month.

The DA's office on Monday said those charges are:

According to an arrest affidavit, Young turned himself in to police and said he'd be willing to speak with legal representation.

One witness told police that Young had a "wild west-style gun" and appeared to be "horrified at what he did."

"After firing his weapon, he placed his gun back into his pocket, and entered a state of shock which she describes as the male's legs weakened, causing him to fall to the ground," the affidavit says the witness told police.

The affidavit says Young dumped the shell casings from his weapon onto the highway. They were later recovered by investigators.

According to the affidavit, Young began firing at a Jeep that drove through the crowd of protesters at around 7 p.m. as they gathered on northbound I-225.

RELATED: APD still determining whether to charge driver who drove Jeep through protesters

Two people were struck by gunfire, APD said: One man was shot in the leg and was taken to the hospital, and another was grazed on the head. That man also went to the hospital. There have been no reports of anyone being injured by the Jeep, police said.

The District Attorney’s Office continues to work with the Aurora Police Department to investigate this and other incidents that occurred during the demonstration on July 25, 2020. Anyone who believes he or she possesses evidence related to this incident is encouraged to contact the police or Metro Denver Crime Stoppers at 720-913-7867 or metrodenvercrimestoppers.com.