A baby and woman were critically injured after a shooting in SeaTac on Saturday. 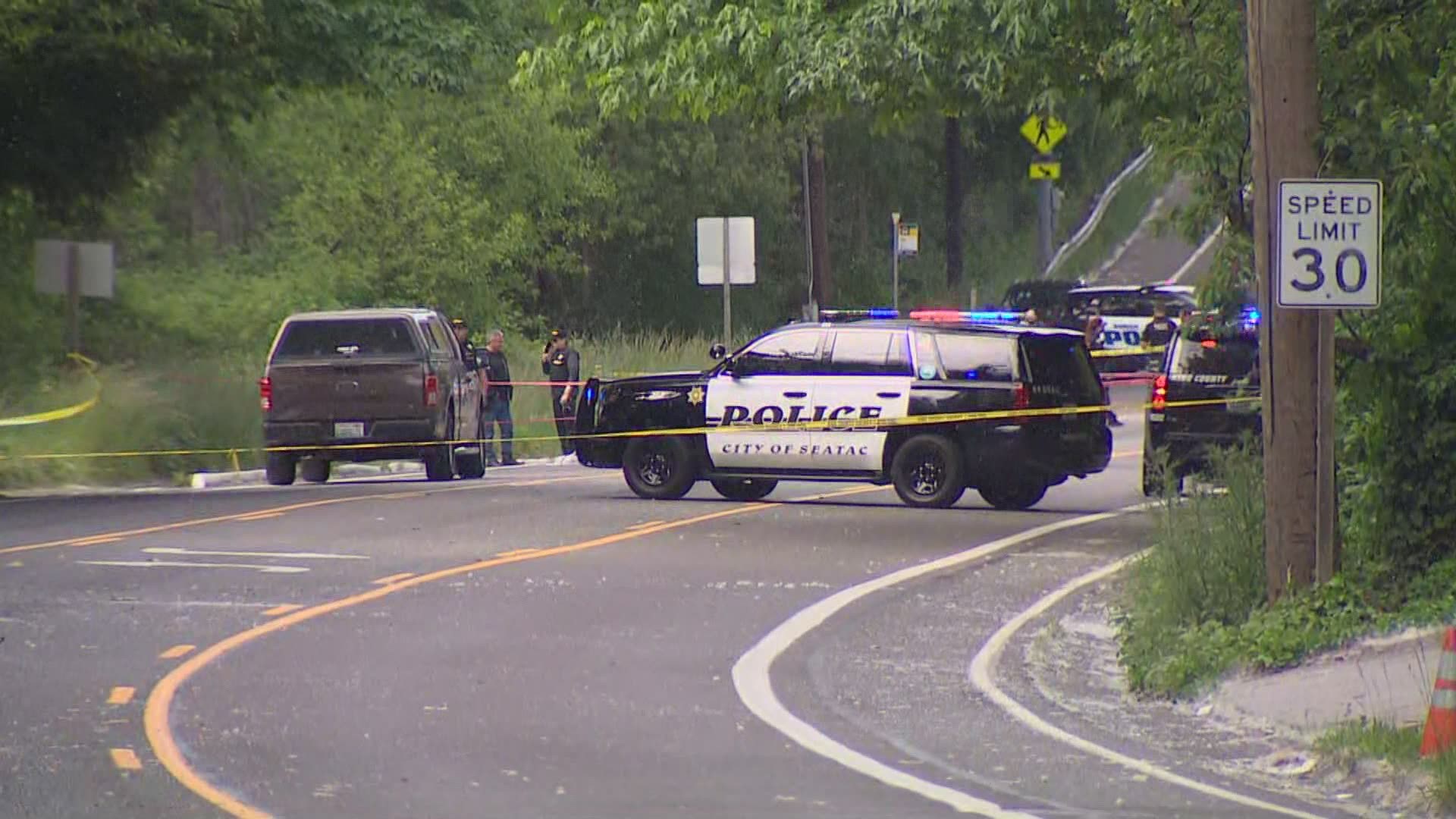 SEATAC, Wash. — A man who called 911 Sunday to turn himself in for his connection to a SeaTac shooting that critically injured a baby and woman later shot himself, according to police.

King County sheriff deputies responded to a 911 call made by the suspect shortly before 2:40 p.m. in Skyway.

When they made contact with the suspect, he took his own life, according to police.

The King County Sheriff's Office would not confirm the identity of the man.

On Saturday morning, a 1-year-old and adult woman were critically injured in a shooting in SeaTac.

Sheriff's deputies responded to a call of a shooting around 10:45 a.m. near the 15200 block of 30th Avenue South in SeaTac. Both were transferred to Harborview Medical Center with critical injuries, according to KCSO.

The King County Sheriff's Office said they were searching for a suspect, but believed there was no threat to the public.

It is unknown whether the child was injured on accident or on purpose, deputies said.