Jeanna Leslie, 49, was found dead inside of her downtown Denver loft in February 2018. 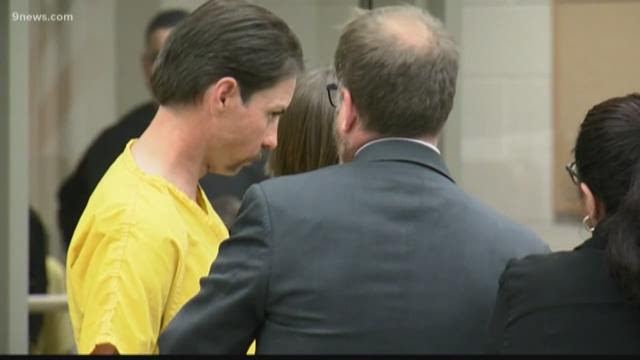 DENVER — The man who pleaded guilty to stabbing a 49-year-old mother to death inside of her downtown Denver apartment has been sentenced to 60 years in prison.

Terry Dunford, 42, pleaded guilty on Jan. 13 to second-degree murder and first-degree assault for the death of Jeanna Leslie, 49. Dunford was sentenced on Monday, and in addition to the prison time, the Denver District Attorney’s Office said he was ordered to serve five years parole and pay $9,500 in restitution.

The victim’s mother is quoted in a news release from the DA saying she had hoped Dunford would receive life in prison without parole, but that “this sentence will accomplish the right result and keep Terry Dunford in prison."

Terry Dunford is facing charges of first-degree murder in the death of Jeanna Leslie.

RELATED: Man charged with stabbing mother of 4 in her downtown Denver loft

Leslie’s body was found inside her apartment off 15th and Stout Streets on Valentine’s Day 2018. According to prosecutors, she was reported missing after she failed to pick up her children from a Denver Nuggets game.

Her body was later found in the bathroom of her loft. She had been stabbed to death, and prosecutors said investigators found various IDs belonging to Dunford inside Leslie’s loft.

During a 2018 interview with 9NEWS, Audra Leslie – the victim’s 20-year-old daughter – had nothing but kind memories to share about her mom.

“My mom was unlike any person that I've ever met, she's a really unique character, super free-spirited, she loved to learn, she loved to teach,” she said. “She was always teaching us about anything like flowers, classical music or the next book to read. She was so much fun and full of life and loved to dance, didn't care what anyone thought about her.”