Bandit spent night at businesses, then robbed them, FBI says

Lloyd Eugene Rhodes is wanted in connection with 12 robberies, including five in the Denver metro area. 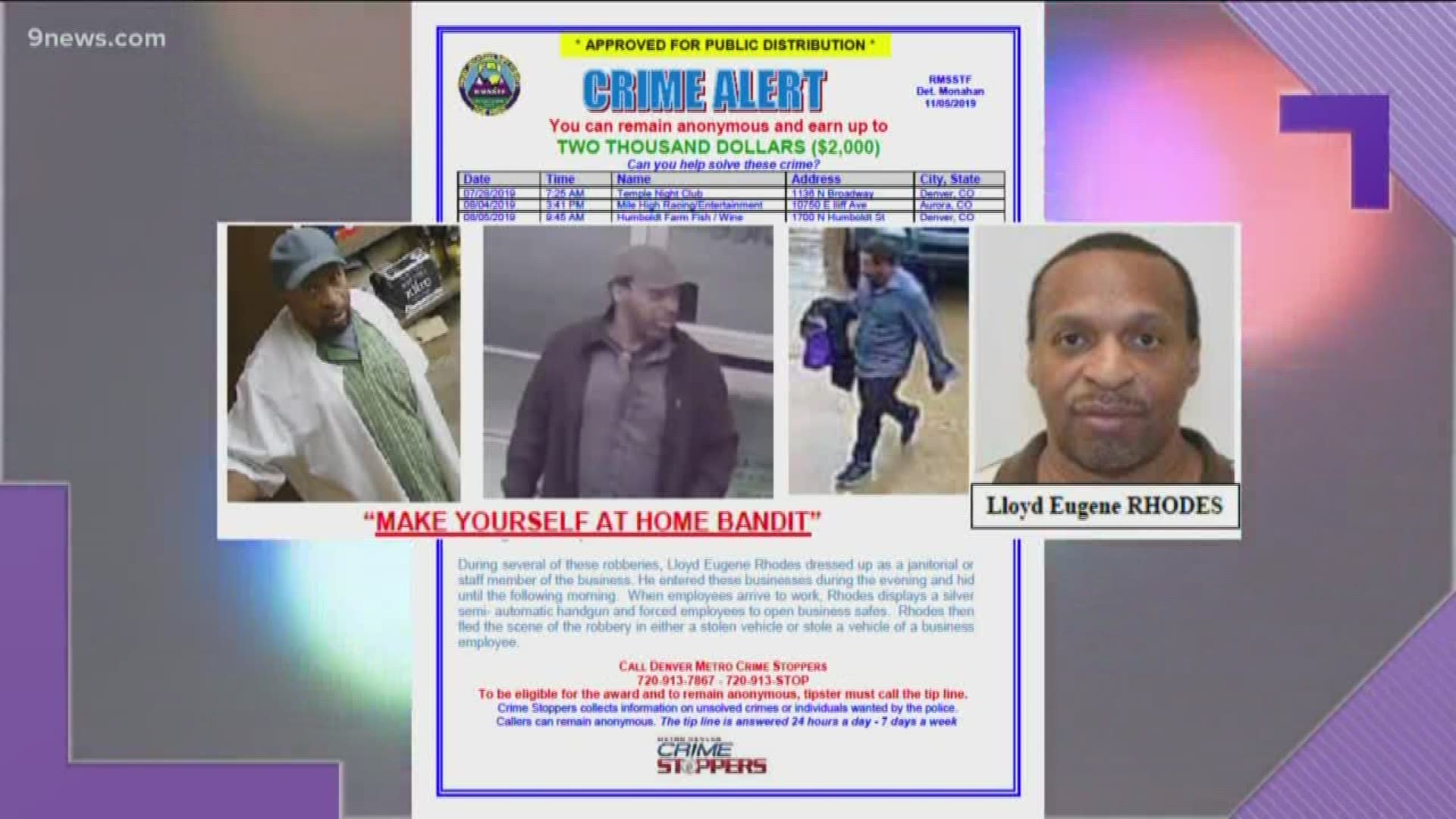 DENVER — The Federal Bureau of Investigation (FBI) is asking for help locating a man they've dubbed the 'make yourself at home bandit' because they said he robbed businesses after spending the night at them.

During several of the robberies, which occurred in Colorado and numerous other states, the suspect dressed as a janitorial or staff member of a business, the FBI said.

He's been identified as Lloyd Eugene Rhodes. The FBI said he entered businesses during the evening and then hid until the next morning.

When employees arrived for work, Rhodes showed a silver semi-automatic handgun and forced employees to open business safes, according to the FBI.

Rhodes then left in either a stolen vehicle or stole a business employees’ vehicle, the FBI said.

He's been linked to 12 business robberies between July and November of this year, according to the FBI.

They include the following locations:

Serial robbery is punishable up to a 20-year prison sentence for each offense and increases if a dangerous weapon is used in the commission of the crime.