Laura McLaughlin used to live near Nome Park, the site of a shooting that injured six teens on Monday. She said she witnessed violence at the park firsthand. 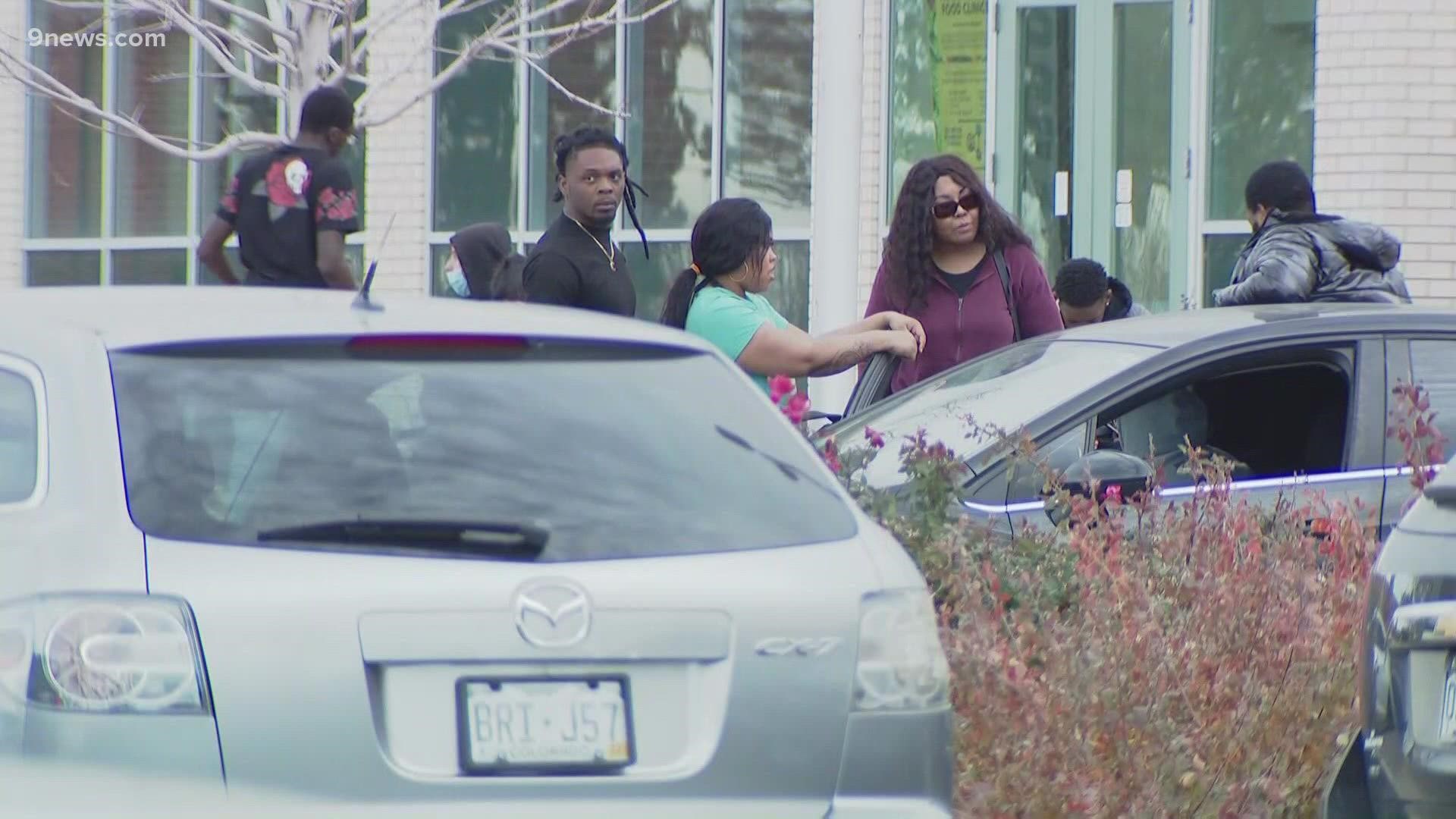 McLaughlin fears students at the school are growing accustomed to violence.

“What’s really scary is they’re becoming numb to the violence because they’re around it so much," McLaughlin said.

McLaughlin used to live near Nome Park, where the shooting took place.

“Eight years across the street from it," she said. "Eight years."

Her daughter used to attend Aurora Central, and she still has a little cousin at the school. On Monday, McLaughlin said her cousin was in the park when the gunfire started about 12:45 p.m.

"You get a call at work that there’s a shooting and then you call your child," McLaughlin said, recalling Monday afternoon. "And they tell you ‘I was having lunch in the park. I was there, and I had to run for my life.’”

McLaughlin said her cousin escaped the shooting that injured six teens between the ages of 14 and 18.

“All you can do is say, ‘thank God you made it home,’ and then turn around and cry because some other parent is at the hospital praying that their child makes it," she said.

Aurora Police said the six teens were expected to survive.

"Two of these victims are going to have a long haul ahead of them," Aurora Police Chief Vanessa Wilson said Tuesday. "Their injuries were significant, but thankfully they're with us and they're going to pull through."

Wilson applauded the response of school resource officers who applied a tourniquet to one of the wounded students.

McLaughlin said she'd like to see more school resource officers inside Aurora Central because of the violence she said occurs inside and outside the school.

“I’ve had multiple incidents where I’ve had to break up fights between these children," she said. "There’s been multiple shootings.”

Aurora Police records obtained by 9NEWS showed there were 59 calls for service to Nome Park in 2021. By comparison, there were 52 calls in 2020 and 96 in 2019. This year, officers were called to the park at least three times every month.

McLaughlin moved to Denver in August, but she recalls the police presence in the neighborhood.

On Tuesday, McLaughlin said her little cousin was back in school. Across the street, an SUV riddled with bullet holes was still parked at Nome Park.

“These children are dealing with stuff that is overwhelming for a child to deal with," McLaughlin said. “How do you tell a child it’s okay to go back to school after seeing something like that?”